Women in Tech Have Been Pulling a ‘Second Shift’ for Decades 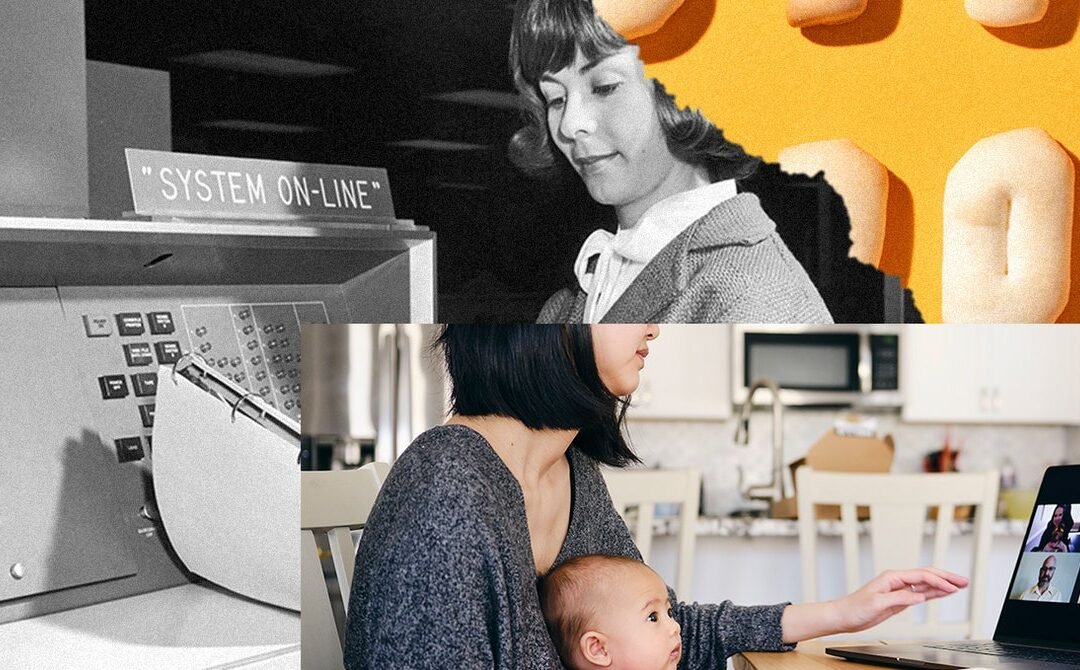 In the early 1960s, a British woman named Stephanie “Steve” Shirley founded a software startup called Freelance Programmers. Shirley’s company allowed its workers to program from home (as long as they had a telephone to keep in touch), and her self-described feminist business model was designed to hire women who had been pushed out of the workforce by the demands of marriage and motherhood. Several years earlier, on the other side of the pond, a woman named Elsie Shutt had started a company called Computations, Incorporated (CompInc) on a very similar model.

Working for Freelance Programmers allowed women, particularly ones fulfilling the patterns of heteronormative relationships, to continue working and using their technical skills to advance their careers in computing. Among the company’s many successes—including eventually making Shirley a multimillionaire and producing at least nine women millionaires from its early staff—was working on a variety of important technological projects, such as the Black Box flight recorder for the Concorde (to date the only supersonic airplane regularly deployed for civilian use, and a landmark of 20th-century technological achievement). One reason Freelance Programmers got this contract was because, ironically, so many competent women were being pushed out of programming. At a time when programming still had many women in it, their disappearance from the traditional workforce was causing massive programmer labor shortages. These innovative, women-centric work-from-home models provided a way for experts struggling to stay in the field to prove their worth.

But despite these upsides, this early instance of working from home was predicated on a situation that was not ideal: For many women with young children, if they wanted to program, they needed to be willing to take on extra work on top of their childcare and household work, and also do it for less pay. While both Shirley and Shutt compensated their employees well, they also sometimes had to under-bid in order to get contracts. Sixty years later, women are still being asked to work more for less.

In the era of Covid, working from home has undeniable benefits. It has been life-saving for many, particularly immunocompromised workers, and it has afforded many disabled workers remote accommodations that prior to the pandemic were often arbitrarily withheld or denied. But it has also created a conundrum: For many women with children it has required a kind of parallel processing of two or more very different kinds of work. It has mashed unpaid work, like childcare, household work, and educational support that most often falls to women, into the same hours as paid work. Women in jobs that allow working from home are getting something out of the arrangement—and are relatively privileged as workers. But they are also having to pull a second shift parallel to their first shift, and multitask to take care of their children while simultaneously fulfilling the demands of their paid job.

This affects their ability to function. The increased rates of women leaving the workforce as the pandemic stretches on are an important indicator of the unsustainability of doing multiple jobs at the same time. The majority of women surveyed in a 2021 report from Deloitte stated that increased workloads at their jobs, increased responsibilities at home, and a “lack of work-life balance” were crucial deciding factors to leave their jobs during the pandemic. From February 2020 to February 2021, 2.4 million women left the paid workforce due to pandemic stressors, according to Pew Research, which also reported that Black women and Latinas were disproportionately among those leaving. Recent research has also shown the pandemic set back women’s workforce progress significantly, in terms of presence in the labor market and in terms of pay and promotion. McKinsey reports that “working mothers, women in senior management positions, and Black women” have been the hardest hit.

“The greatest trick that capitalism ever pulled was convincing the world that what women do in the home isn’t work,” says Joy Rankin, a historian of computing who works for the AI Now Institute, in an email. Rankin, herself a mother who has been working from home during the pandemic, notes that “women have been working at home for themselves—and for others—for centuries, but this labor was not recognized, valued, or even compensated.” In the context of a global pandemic, much of this is forgotten, or submerged, as people struggle to keep their jobs.