Why Your ‘Digital Shabbat’ Will Fail 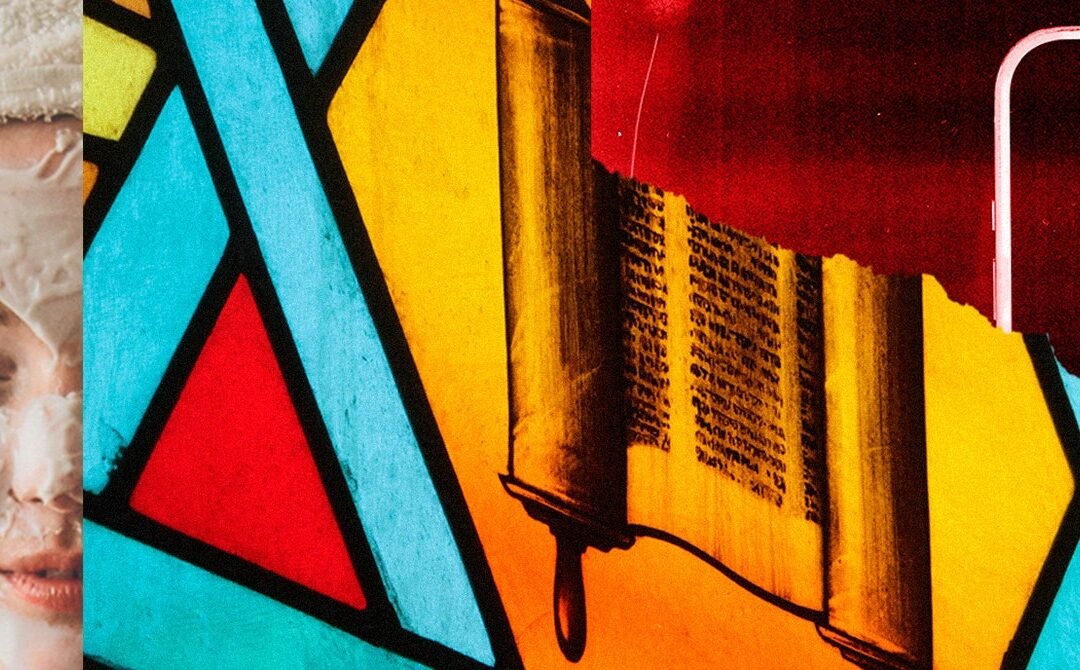 “Rest” also implies that decompression is the ultimate purpose of Shabbat, like a spiritually inflected massage. But if your own personal unwinding is the goal, you are less likely to stick to your commandment to keep Shabbat on days when you feel it’s just too hard, or you’re already centered enough that your prefrontal cortex can stand the dopamine hit, or endless viewing of Instagram Stories is exactly what will calm you down.

The rules created by you, for you, become easy to bend, so “no phone at all” becomes “no social media,” and “one day” morphs into “one hour.” If Shabbat is for the sake of your own mental flourishing, in other words, you can cast nearly anything that makes you happy as what Jews call oneg Shabbat, in the spirit of the day, even if that thing—be it binge-watching TV, juggling multiple WhatsApp text chains, or diving into the recesses of Reddit—might make you psychically flabbier in the long-run.

But if Shabbat is not designed for your own mental flourishing, then what is it about? Herein lies the potentially insurmountable problem with trying to secularize the practice. Orthodox Jews do not observe Shabbat as a way to spend more time with their families or to prevent burnout induced by living under the tyranny of modern capitalism or to stick it to Zuckerberg once a week. Shabbat does allow us to do those things, and it’s an extremely effective tool for all the above. But no, we do it for a very unfashionable, very simple, supremely awesome reason: because God told us to. The Torah is often terse and cagey about the reasons underpinning certain demands, but it does shed a little more light on why we observe Shabbat: It’s a behavioral manifestation of the covenant between God and the Jews, a way of imitating God’s own cessation from creation in the Book of Genesis, a reminder of our calling to be holy and sanctified. God is a pretty central element in all these things, and it stands to reason that when you cut the core out of something, what’s left will probably rot.

When we light the candles before sundown on Friday, we surrender to a higher obligation to give God a temporal dwelling place, just as the historical temple was His physical one. We let go of the “profanity of chattering commerce,” as Heschel writes, and enter a separate, holy sphere, an atmosphere of peace that can be hard to describe to those who haven’t experienced it. If Shabbat is framed as something you are doing for yourself, whether for the benefit of your mental health or so that you are rested enough to be the busiest busy worker bee the rest of the week, it’s demoted to handmaiden to your Sunday through Friday life, rather than held as the highest time.

It loses its transcendent target, which means it doesn’t provide the true release that actual submission gives, and submission is the very thing that allows us to reap all those ancillary benefits. Put another way, a major reason everyone is so exhausted is because we have been taught to always strive for better, even if we have only the vaguest notion of what that “better” would look like, and even if it means viewing everything in our world as raw material that could potentially be utilized toward that end. But obedience to something outside yourself allows you to truly let go.

Done in the trendy, secular way, Shabbat becomes yet another instrument in pursuit of an earthly ideal, like a Fitbit or a dopamine fast: something to be endured like a juice cleanse rather than savored like wine, something defined by absence—of like buttons, pithy tweets, and DMs—rather than the fullness of spirit it provides. In the wellness-ification of Shabbat, an ancient religious practice that enables joy, yes, but also requires sacrifice and self-discipline and a great deal of practical knowledge is reduced to the same category as “a DIY facial, bath, and a book,” per one wellness aficionado. Even if you replace the goal of holiness with another one, like reaching a state of mental equilibrium, achieving the latter usually requires exactly the kind of relentless effort and self-focus that drive us to press “pause” in the first place. Striving for mental equilibrium, after all, is still striving.

When the people doing the appropriating are of the very-much-online, Goop-product-loving, allergic-to-God variety, the prophetic nature of the religious ideas they’re borrowing often goes unacknowledged. In 2012, for example, thousands of Haredi Jews gathered at Citi Field in New York City to “protest” the internet, to the round mockery of the plugged-in class; seven years later, those same denouncers were singing the praises of Jenny Odell’s How to Do Nothing while tweeting about “Digital Shabbats” and streaming Tristan Harris’s TED Talk on how to make tech less addictive and more ethical (how’s that going?), all while en route to phone-free weekend retreats.