What Is Voldemorting? The Ultimate SEO Dis 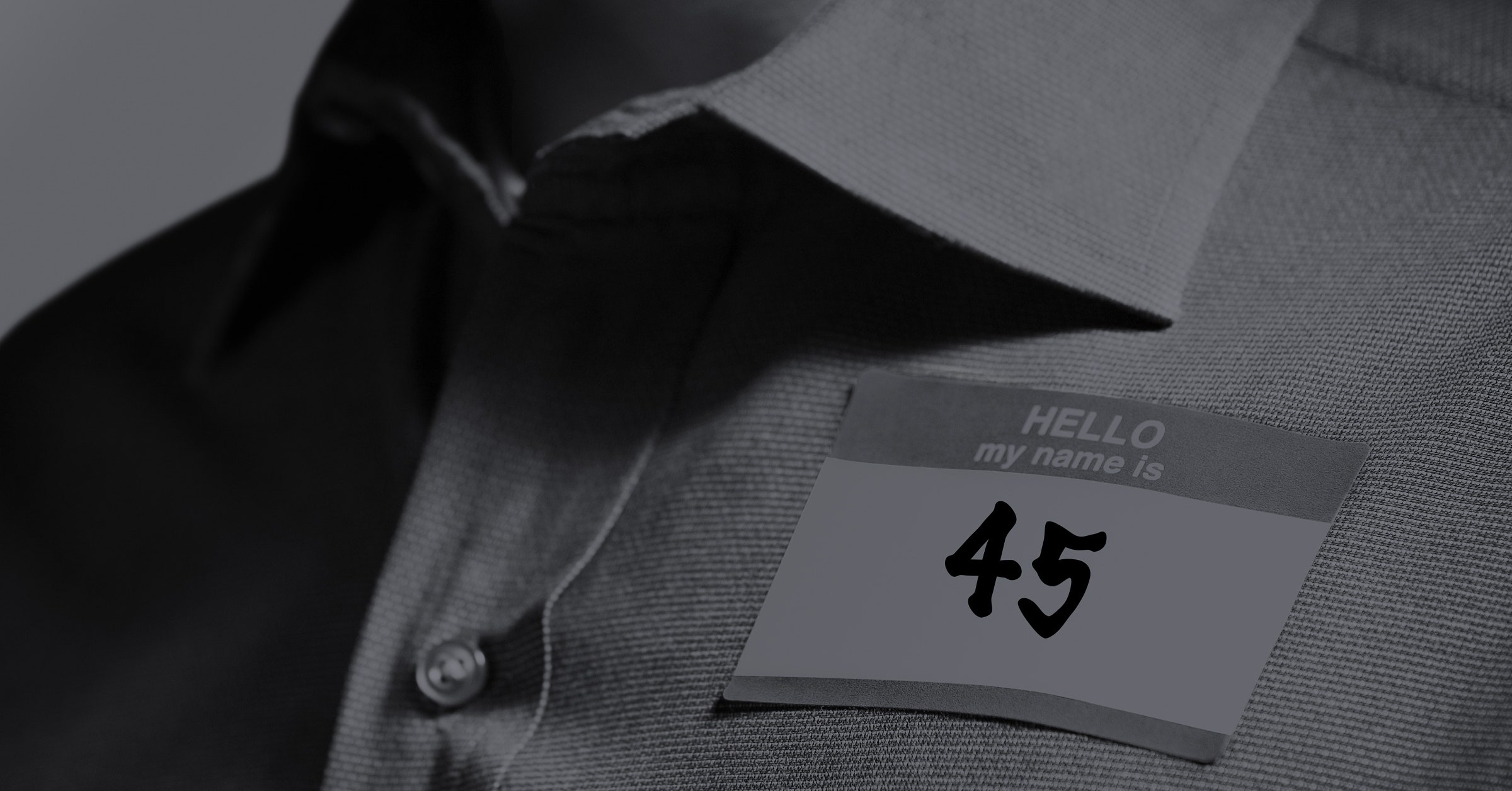 “I’m so tired of all the bad news on birdsite.”

“Yeah, there’s just too much about The Cheeto.”

Cheeto and birdsite might not be common vocabulary, but the phrases are strangely interpretable. It’s easy to jump from Cheeto to Donald Trump or from birdsite to Twitter. Even more understandable is the attitude that comes along for the ride: Somehow it’s clear that someone who uses ornate synonyms isn’t happy about either entity.

But how is it that we’re so quick to figure out the hidden meanings of these words? And what does it mean for communication in the internet age that we’re increasingly drawn to elaborate synonyms?

Gretchen McCulloch is WIRED’s Resident Linguist. She’s the cocreator of Lingthusiasm, a podcast that’s enthusiastic about linguistics, and her book Because Internet: Understanding the New Rules of Language is coming out in July 2019 from Penguin.

A recent paper by researcher Emily van der Nagel puts a name to this phenomenon of hiding a word in plain sight. She calls it Voldemorting. Van der Nagel traces Voldemorting back to the Harry Potter books, where most characters are too afraid of Voldemort to say the word directly, instead replacing his name with euphemisms like You Know Who and He Who Must Not Be Named. This practice starts as a superstition, but by the final book there’s a deeper purpose: The word Voldemort is revealed as a way of locating the resistance: “Using his name breaks protective enchantments, it causes some kind of magical disturbance.”

The internet practice of Voldemorting, van der Nagel says, comes via a comment left by a user named Eugene, who made the connection as part of a discussion about deliberately starving “trash celebrities” of attention by not referring to them by name.

Voldemorting: The act of never speaking the name of someone truly terrible. E.g. ‘Don’t bother sending me those links, I’m Voldemorting those losers!

On the internet there’s no such thing as a tracing spell, but there’s something almost as effective: search algorithms. Plugging a distinctive name into a search box lets us track mentions around the web. I could set up a Google Alert to email me every time a website mentions my name, or simply do a periodic Twitter search for myself or my favorite celebrity, so I can ride to my or their defense if someone says something negative.

I mean, I don’t. But plenty of people do.

Yet Voldemorting departs from the Harry Potter analogy in one crucial way. You Know Who and He Who Must Not Be Named are a small set of ominous phrases, while internet Voldemorting is often playful and cycles through infinite variations of newly coined words. That includes single words for social media sites (birdhell, birbsite, birdworld, faceborg) and elaborate phrases like those found in the Detrumpify browser extension (Manchurian Combover, Empty Popcorn Bag Rotting in the Sun). In the books, Dumbledore says, “Fear of a name increases fear of the thing itself.” Van der Nagel counters: “On social media, Voldemorting has the potential to invert this power play.”

On the internet there’s no such thing as a tracing spell, but there’s something almost as effective: search algorithms.

Rather than just extracting one taboo word and replacing it with another, online Voldemorts spread and mutate into dozens, even hundreds, of potential synonyms. (I coined faceblue while reporting on the phenomenon, and respondents immediately and correctly interpreted it as standing in for Facebook.) These variations make for effective Voldemorting: Slightly different words make it difficult to find any particular one through search. While search engine optimization uses keywords and hashtags in a competition to make your post or website the most relevant, Voldemorting is the anti-SEO, the anti-keyword, and the anti-hashtag. It transforms your subject from a single mass into an ungraspable swarm.

It’s easy to see why internet-ers have resorted to this strategy. If you complain about an airline on social media, even if you don’t directly @mention them, odds are fairly good you’ll get a reply from a perkily beleaguered social media manager tasked with searching for mentions of the brand and proactively replying to complaints. On the sketchier side, if you complain about something benign—like how much work you have to do—you may get offers from dubious productivity tools or even paid homework “help.”

(In perhaps the most ironic example of Voldemorting, I once tweeted the word Voldemort itself and my tweet was liked by two separate parody Voldemort accounts, presumably hoping to juice their follower count through a little social media Dark Arts.)

Once you’ve been burned by these nefarious techniques, you might start hiding your keywords—preemptively adding asterisks or replacing the words altogether by Voldemorting.

Once you’ve been burned by these nefarious techniques, you might start hiding your keywords—preemptively adding asterisks or replacing the words altogether by Voldemorting.

This gets at a second important property of Voldemorting: It’s not necessarily directly avoiding people, the way you might write a cryptic, passive-aggressive post about how some people are just so rude. It’s about selecting a group to know exactly who or what you’re talking about, while preventing a broader, unwanted audience from finding your post at all—even if you’re not sure anyone’s looking for it. If I decide to tweet a negative thing about a celebrity, I might not know whether this particular celebrity has a Beyhive to leap to their Twitter defense, but it might be worth Voldemorting the name just in case.

Since Voldemorting is often a response to unwanted attention, it’s also a way of marking out a particular name or concept as objectionable. This preemptive use gives Voldemorting its ultimate meaning: As in the Harry Potter books, it’s not just a way of avoiding Twitter mobs or tracking spells, it’s a way of marking a word as so terrible that you won’t even use the name outright. That’s what many Mastodon users told me about birdsite: It may have started as a way to avoid keyword searches, but it’s now chiefly used to signal a dismissive attitude toward Twitter by people who fled to the new social media site.

Yet internet wordplay doesn’t only signal disapproval or hide discussions from the social media masses. After all, it was fans, not critics, who came up with a language game that developed more and more elaborate synonyms for Benedict Cumberbatch (a phenomenon I’ve analyzed previously). There’s even a highly courteous type of Voldemorting, practiced in several workplaces via Slack, which automatically sends you a notification every time your name is mentioned. But if you’re out sick or on vacation, your coworkers might need to mention you without wanting to disturb you, so they could insert numbers or emoji into your name (in my case, making something like gr3tch3n or gre➕chen), which makes it readable by humans and not machines.

What makes this kind of internet wordplay so appealing? I tried approaching this question from a different angle, by looking at a game called No, You’re Thinking Of. You’ve probably seen one of these comment threads sweep social media. They start with someone expressing disbelief or an confusion about the meaning of a long word, and then a reply chain forms with jokey fake definitions of other, similar-sounding long words. As one particularly good thread went:

You’re thinking of rigor mortis. Rick and morty is when you get trolled into watching “never gonna give you up”

That’s rickrolling. Rick and morty is a type of pasta

That’s rigatoni. Rick and Morty is the study of rheumatism, arthritis, and other disorders of the joints, muscles, and ligaments.

Creative replacement of taboo words is not itself new. There are lists of words beginning with f or d that replace certain swear words: fudge, frig, frik, frak, fiddlesticks, foo, fooey, flaming, flipping, freaking, or darn, dang, dangnabbit, dash, ding, drat, doggonit. But offline, most people stick to a couple examples, rather than spiraling into elaborate wordplay chains.

Why is the internet particularly good at this kind of mass verbal dexterity? While mulling this question over, I set in motion a meta version of the No, You’re Thinking Of game on Twitter, using the name of the game itself as the seed word and spinning out to references like So You Think You Can Dance, “Thinking Out Loud,” Know Your Meme, and “I think, therefore I am.”

As I participated in the game, I noticed how much it was invisibly aided by the architecture of the internet. I checked the Wikipedia page for So You Think You Can Dance to make sure that the clue I provided toward it was sufficiently intelligible, and in turn Googled “Ed Sheeran songs 2014” to understand someone else’s clue toward “Thinking Out Loud.” For all I know, the person who set the clue for the song also Googled to get the right year. (I got the other two with purely my own neurons, thank you very much.)

What does it mean to be a human brain supplemented by the extended memory of internet search? This was a big question in the earlier days of the internet. Now, perhaps, we have an answer: It means that we can find things, but others can also find us. Cultural references that were once opaque are now easily cracked open for ingenious wordplay, and that same ingenious wordplay can restore a sense of local community by keeping our complaints within their intended audiences.

So what’s it like to have all the world’s information right at our fingertips? It just might involve a lot of word games.