What Is the Internet of Things? A WIRED Guide 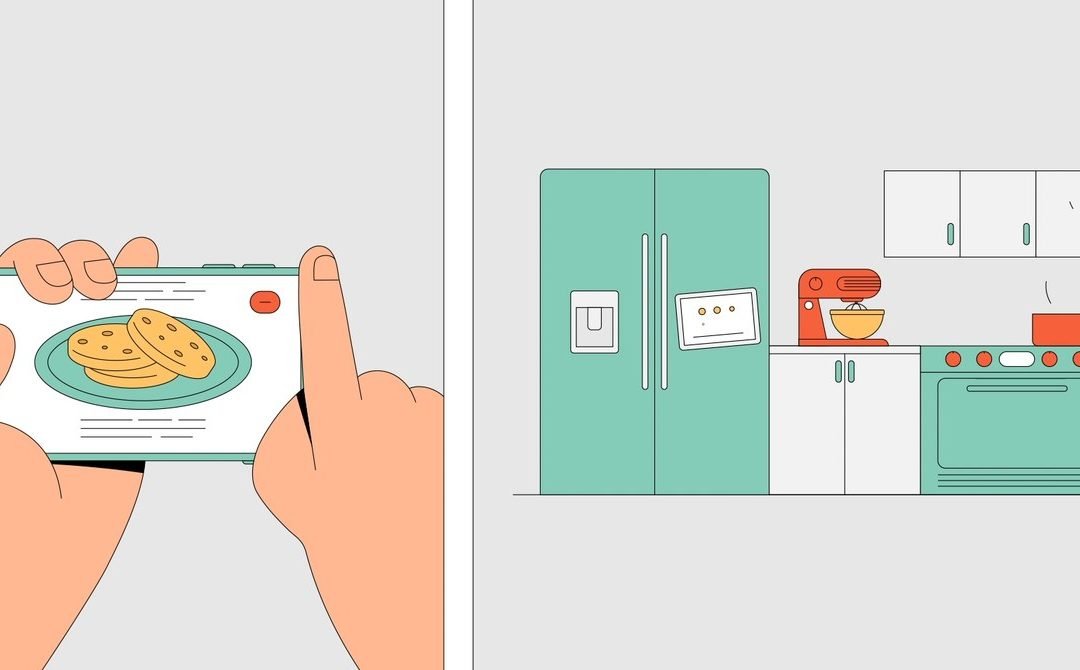 Most of the early smart home inventions used automatic controls, making it possible to turn something or off without lifting a finger. But they didn’t connect to anything else, and their functionality was limited. That would begin to change in 1983 when ARPANET, the earliest version of the internet, adopted the internet protocol suite (also known as TCP/IP). The protocol set standards for how digital data should be transmitted, routed, and received. Essentially, it laid the groundwork for the modern internet.

IoT Through the Years

1990
John Romkey creates the first IoT device: a toaster that he controls with his computer

2000
LG introduces its first connected refrigerator with a $20,000 pricetag

2008
The world’s first IoT conference is held in Zurich, Switzerland

2014
Amazon introduces the Echo speaker, along with the Alexa voice assistant—a new way to control the smart home

2020
The number of internet-connected devices, by some estimates, exceeds 20 billion

The first internet-connected “thing” to make use of this new protocol was a toaster. John Romkey, a software engineer and early internet evangelist, had built one for the 1990 showfloor of Interop, a trade show for computers. Romkey dropped a few slices of bread into the toaster and, using a clunky computer, turned the toaster on. It would still be a decade before anyone used the phrase “internet of things,” but Romkey’s magic little toaster showed what a world of internet-connected things might be like. (Of course, it wasn’t fully automated; a person still had to introduce the bread.) It was part gimmick, part proof of concept—and fully a preview of what was to come.

The term “internet of things” itself was coined in 1999, when Kevin Ashton put it in a PowerPoint presentation for Procter & Gamble. Ashton, who was then working in supply chain optimization, described a system where sensors acted like the eyes and ears of a computer—an entirely new way for computers to see, hear, touch, and interpret their surroundings.

As home internet became ubiquitous and Wi-Fi sped up, the dream of the smart home started to look more like a reality. Companies began to introduce more and more of these inventions: “smart” coffee makers to brew the perfect cup, ovens that bake cookies with precision timing, and refrigerators that automatically restocked expired milk. The first of these, LG’s internet-connected refrigerator, hit the market in 2000. It could take stock of shelf contents, mind expiration dates, and for some reason, came with an MP3 player. It also cost $20,000. As sensors became cheaper, these internet-connected devices became more affordable for more consumers. And the invention of smart plugs, like those made by Belkin, meant that even ordinary objects could become “smart”—or, at least, you could turn them on and off with your phone.

Any IoT system today contains a few basic components. First, there’s the thing outfitted with sensors. These sensors could be anything that collects data, like a camera inside a smart refrigerator or an accelerometer that tracks speed in a smart running shoe. In some cases, sensors are bundled together to gather multiple data points: a Nest thermostat contains a thermometer, but also a motion sensor; it can adjust the temperature of a room when it senses that nobody’s in it. To make sense of this data, the device has some kind of network connectivity (Wi-Fi, Bluetooth, cellular, or satellite) and a processor where it can be stored and analyzed. From there, the data can be used to trigger an action—like ordering more milk when the carton in the smart refrigerator runs out, or adjusting the temperature automatically given a set of rules.

Most people didn’t start building an ecosystem of “smart” devices in their homes until the mass adoption of voice controls. In 2014, Amazon introduced the Echo, a speaker with a helpful voice assistant named Alexa built in. Apple had introduced Siri, its own voice assistant, four years prior—but Siri lived on your phone, while Alexa lived inside the speaker and could control all of the “smart” devices in your house. Positioning a voice assistant as the centerpiece of the smart home had several effects: It demystified the internet of things for consumers, encouraged them to buy more internet-enabled gadgets, and encouraged developers to create more “skills,” or IoT commands, for these voice assistants to learn

The same year that Amazon debuted Alexa, Apple came out with HomeKit, a system designed to facilitate interactions between Apple-made smart devices, sending data back and forth to create a network. These unifying voices have shifted the landscape away from single-purpose automations and toward a more holistic system of connected things. Tell the Google Assistant “goodnight,” for example, and the command can dim the lights, lock the front door, set the alarm system, and turn on your alarm clock. LG’s SmartThinQ platform connects many home appliances, so you can select a chocolate chip cookie recipe from the screen of your smart fridge and it’ll automatically preheat the oven. Manufacturers bill this as the future, but it’s also a convenient way to sell more IoT devices. If you already have an Amazon Echo, you might as well get some stuff for Alexa to control.

By 2014, the number of internet-connected devices would surpass the number of people in the world. David Evans, the former chief futurist at Cisco, estimated in 2015 that “an average 127 new things are connected to the internet” every second. Today, there are over 20 billion connected things in the world, according to estimates from Gartner. The excitement around the brave new internet-connected world has been matched with concern. All of these objects, brought to life like Pinocchio, have made the world easier to control: You can let the delivery man in the front door, or change the temperature inside the house, all with a few taps on a smartphone. But it’s also given our objects—and the companies that make them—more control over us.