What is Crispr Gene Editing? The Complete WIRED Guide 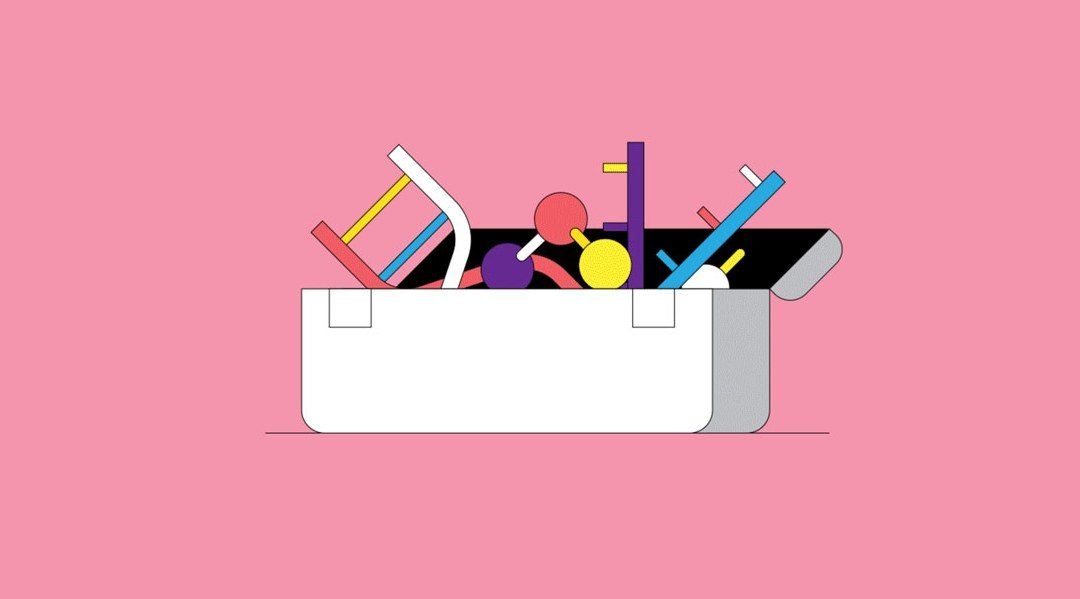 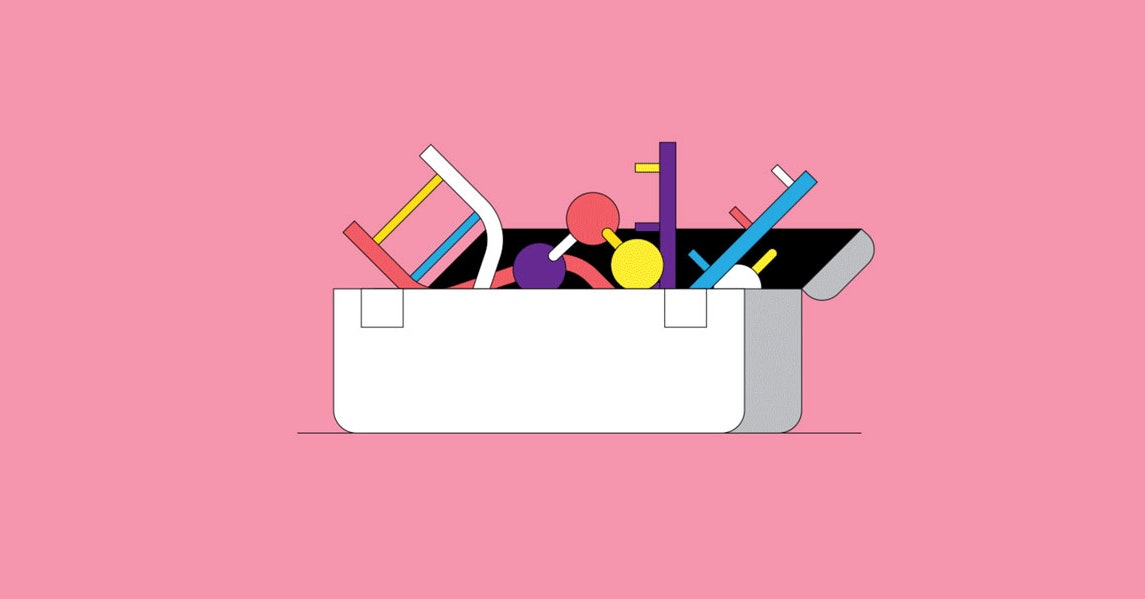 In the early days of gene editing, biologists had a molecular tool kit that was somewhat akin to a printing press. Which is to say, altering DNA was a messy, labor-intensive process of loading genes onto viruses bound for target cells. It involved more than a fair amount of finger-crossing. Today, scientists have the genetic equivalent of Microsoft Word, and they are beginning to edit DNA almost as easily as software engineers modify code. The precipitating event? Call it the Great Crispr Quake of 2012.

If you’re asking, “what’s Crispr?” the short answer is that it’s a revolutionary new class of molecular tools that scientists can use to precisely target and cut any kind of genetic material. Crispr systems are the fastest, easiest, and cheapest methods scientists have ever had to manipulate the code of life in any organism on Earth, humans included.

The long answer is that Crispr stands for Clustered Regularly Interspaced Palindromic Repeats. Crispr systems consist of a protein with sequence-snipping capabilities and a genetic GPS guide. Such systems naturally evolved across the bacterial kingdom as a way to remember and defend against invading viruses. But researchers recently discovered they could repurpose that primordial immune system to precisely alter genomes, setting off a billion-dollar boom in DNA hacking.

Every industry is throwing mad money at Crispr—pharma, agriculture, energy, materials manufacturing, you name it. Even the weed guys want in. Companies are using it to make cancer-curing medicines, climate-change-fighting crops, biofuel-oozing algae, and self-terminating mosquitoes. Academic researchers have almost universally adopted Crispr to more deeply understand the biology of their model organisms. Supporting this biohacking bonanza is an increasingly crowded Crispr backend supply chain; businesses building gene-editor design tools and shipping synthetic guide RNAs or pre-Crispr’d cell lines to these companies’ doors. So far, though, very few Crispr-enhanced products have made it into the hands of actual consumers. In their place, hyperbolic headlines have bugled society’s greatest hopes and fears for the technology, from saving near-extinct species to igniting a superbaby arms race.

Crispr isn’t going to end disease or hunger or climate change any time soon. Maybe it never will. Nor is it about to deliver designer children or commit genetic genocide. (Though it’s never too early to start talking about the ethical dilemmas such a powerful technology could pose.) Crispr is, however, already beginning to reshape the physical world around us in much less radical ways, one base pair at a time.

The History of Crispr

It all started with yogurt. To make it, dairy producers have long employed the help of Streptococcus thermophilus, a bacteria that gobbles up the lactose in milk and poops out lactic acid. It wasn’t until 2005, though, that a young microbiologist named Rodolphe Barrangou discovered that S. thermophilus contained odd chunks of repeating DNA sequences—Crisprs—and that those sequences were keeping it safe from the viruses that attack it and result in spoilage. (If the thermophilus is gone, nastier bacteria can move in and feed off the lactose, ruining the product.)

Before long, DuPont bought the Danish company that Barrangou worked for and began using Crispr to protect all of its yogurt and cheese cultures. Since DuPont owns about 50 percent of the global dairy culture market, that means you’ve probably already eaten Crispr-optimized cheese on your pizza.

Viruses work by turning your cells into little factories for their DNA. A Crispr-based test could pick out that foreign DNA from just a drop of blood, spit, or urine and tell you in minutes if you’ve got the Zika virus, dengue, or yellow fever circulating in your body.

Every year, fungi wipe out a third of all crops. Crispr panels tuned to identify the worst offenders could help farmers save their harvests before the blight sets in.

Thanks to overuse, the world’s antibiotic arsenal is losing its effectiveness. New Crispr-based drugs that only target bad bugs would leave your microbiome intact and help fight antibiotic resistance.

All the while, gene sequencing costs were plummeting and research scientists around the world were assembling the genomes of bacteria. As they did, they found Crisprs everywhere—more than half of the bacterial kingdom turned out to have them. Oftentimes those sequences were flanked by a set of genes coding for a class of strand-cutting enzymes called endonucleases. Scientists suspected they were involved in this primitive immune system, but how exactly?

The key insight came from a particularly nasty bug—the one that causes strep throat. Its Crispr system made two RNA sequences that attached to a clam-shaped endonuclease called Cas9. Like a genetic GPS, those sequences directed the enzyme to a strand of DNA complementary to the RNA sequences. When it got there, Cas9 changed shape, grabbing the DNA and slicing it in two. The molecular biologists who made this discovery—Jennifer Doudna and Emmanuelle Charpentier—published their work on bacteria in Science in 2012. But not before patenting the technology as a tool for genetic engineering. If you just switch out the RNA guide, you can send Cas9 anywhere—to the gene that causes Huntington’s disease, say, and snip it out. Crispr, they realized, would be a molecular biologist’s warp drive.

Six months later, a molecular biologist at the Broad Institute of MIT and Harvard named Feng Zhang published a paper in Science showing how Crispr-Cas9 could edit human cells too. In fact, with the right genetic guides, you can Crispr pretty much anything. That meant it might be put to work on next-generation medicines that could do things like erase genetic defects and supercharge the body’s natural defenses against cancer. And that meant big money.

Perhaps predictably, a patent battle ensued—one that is still going on today. Crispr’s early pioneers founded three companies with exclusive licenses to exploit Crispr/Cas9 to cure human diseases; the first clinical trials are expected to begin in the US in 2018. Uncertainty over who will ultimately own the technology has done little to slow the appetite for all things Crispr. If anything, it has unleashed a flood of interest in developing competing and adjacent tools that promise to further refine and expand Crispr’s already ample potential.

The Future of Crispr

For now, Crispr is still a biologist’s buzzword. But just as computers evolved from a nerdy, niche tool for math geeks to a ubiquitous, invisible extension of our own bodies, so Crispr will one day weave seamlessly into the fabric of our physical reality. It will simply be the way to solve a problem, if that problem is remotely biological in nature.

Take industrial fermentation for example. With the help of old-school genetic engineering techniques, scientists have already reprogrammed microbes like E. Coli and brewer’s yeast into factories that can make everything from insulin to ethanol. Crispr will rapidly enlarge the catalog of designer chemicals, molecules, and materials that biorefineries can produce. Self-healing concrete? Fire-resistant, plant-based building materials lighter than aluminum? Fully biodegradable plastics? Crispr not only makes all these possible, it makes it possible to produce them at scale.

But we won’t get there with the tools we’ve currently got. Which is why researchers are now racing to chart the full expanses of the Crispr universe. At this moment they’re scouring the globe for obscure bacteria to sequence, and they’re tinkering with the systems that have already been discovered. They’re filing patents on every promising new nuclease they come across, adding to a list that is sure to expand in the coming decade. Each new enzyme will not only advance Crispr’s gene editing powers, but extend its capabilities far beyond DNA manipulation. You see, slicing and dicing isn’t the only interesting thing to do to DNA. Tricked out new Crispr systems could temporarily toggle genes on and off or surveil the genome to fix mutations as they happen in real time, no snipping required. The first would let scientists treat human diseases where there’s too much or too little of a certain substance—say insulin—without permanently altering a patient’s DNA. The second could one day prevent diseases like cancer from occurring altogether. The specificity of Crispr, perhaps more than its actual cutting mechanism, will inspire applications we can’t yet imagine.

Good at cutting DNA, great for knockouts. Already being replaced by newer base pair editors with more fine-tuned control.

Like Cas9 but not as sloppy. It leaves “sticky” DNA ends, which are easier to work with when making edits.

Cuts RNA not DNA. Could knock down protein levels without permanently changing your genome. Pair it with a reporter signal and you’ve got a diagnostic.

Cas3 gives zero f***. It offers no repair mechanism—once it finds that target DNA sequence it just starts cutting till there ain’t no DNA left.

Just discovered in an abandoned silver mine, we don’t know yet what these tiny enzymes’ superpowers will be.

Meanwhile, consumers can expect to see their first Crispr’d products lining grocery store shelves very soon. Because Crispr doesn’t use plant pathogens to manipulate DNA (the old GMO-generating method), the USDA has given a free regulatory pass to gene-edited crops, allowing drought-tolerant soybeans and extra-starchy corn to ease into your favorite processed foods. Specialty fruits and vegetables will likely follow the commodity crops; the reduced regulatory burden and the cheapness of Crispr will allow companies appealing to consumers’ senses rather than farmers’ bottom lines to enter the market. Already a dozen or so startups have popped up to challenge the Bayer/Monsanto, DowDupont/Pioneers of the world.

This democratizing aspect of Crispr-based tech, combined with its nearly limitless commercial possibilities, make today a great time to be a molecular biologist. Want to make antibiotics that only target bad bugs without wiping out the entire microbiome? There are companies doing that. Want to make paper-based diagnostics that doctors can take into the field to test for diseases like dengue and Zika? There are research labs and startups doing that too. And as more tools come online, the backend Crispr ecosystem will continually expand to support, supply, and optimize them.

Crispr applications are only going to become more powerful, and when they do they will rightly invite more scrutiny, and probably more regulation. We’re going to have to figure out if it’s OK to wipe out an entire species in the name of conservation and bring other ones back from extinction. We’ll have to wrestle with the possibility that gene editing tools might be used to produce biological weapons of unfathomable destruction. And yes, we’ll eventually have to talk about designer babies; when is it acceptable to fix a genetic mutation? Would we ever start adding features? Where do we draw the line? Crispr, and all the tools that will one day make up the Crispr universe will undoubtedly force societies—not just scientists—to confront these questions and ponder the oldest one of all; what does it mean to be human?