We Need to Know Who’s Surveilling Protests—and Why 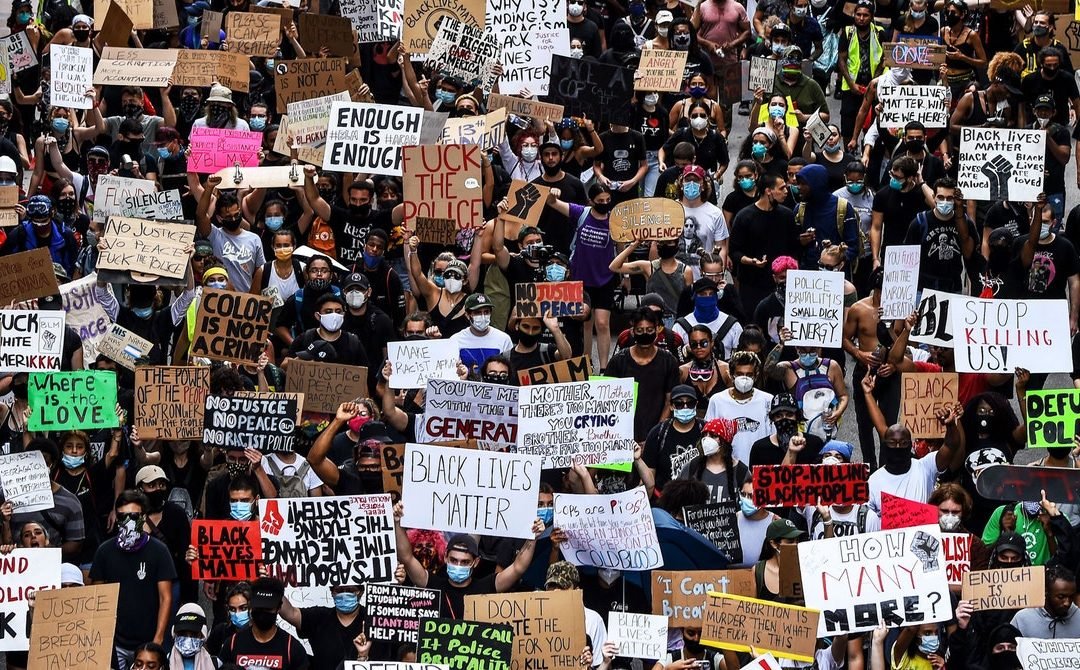 Prepaid phones, encrypted messaging apps, unidentifiable long-sleeved clothing, and face masks. This anti-detection starter pack came recommended for those looking to shield themselves from government surveillance while protesting in support of Black Lives Matter. In the future, the Federal Aviation Agency might be a resource added to the list.

The gamut of surveillance tools used during protests runs wide. It’s unlikely that your Twitter account was hacked, much like Donald Trump’s was thought to be last month, to determine your location while protesting. But it may have been analyzed with a social media scanning tool. Even worse, an unmanned aircraft system, aka drone, was used in Minneapolis on May 29. As the general election is now upon us and the threat of post-election unrest grows, it is reasonable to assume more drones will be used for surveillance.

Joel M. Carter is a researcher for the Center for Media Engagement at UT Austin. His areas of interests include mass surveillance, data privacy, and intellectual property. Samuel Woolley (@samuelwoolley) is an assistant professor in the School of Journalism and program director of propaganda research at the Center for Media Engagement, both at the University of Texas at Austin. His new book, The Reality Game: How the Next Wave of Technology Will Break the Truth, discusses how we can prevent emergent technology from being used for manipulation.

Recent analyses by our Propaganda Research team at the University of Texas’ Center for Media Engagement calls into question the legality and intent of domestic US drone usage. Transparency on all drone flights conducted in US airspace is necessary for research, governmental accountability, public safety, and, of course, future protests. In fact, the FAA may hold the key that unlocks information about drones used to surveil domestic protests.

Drones allow photographers and videographers to capture breathtaking snapshots with relative ease. They help natural disaster response teams to survey wreckage. Firms like Uber and Amazon even use them to deliver goods and services. They’re also used as tools of war and vehicles for mass surveillance. The anti-surveillance (sousveillance) community and even US congressmembers have spoken out against this legally dubious use of drones to monitor protests that erupted nationwide following the murder of George Floyd.

According to an official statement, the US Customs and Border Patrol drone that flew over Minneapolis provided “live video feed to ground law enforcement, giving them situational awareness, maximizing public safety, while minimizing the threat to personnel and assets.” In short, drones were used in what is suspected as a “preemptive” attempt to watch for violations of the law. But was CBP itself breaking the law by using a drone to watch US citizens?

The answer seems clear, given that CBP’s jurisdiction is restricted to operating within 100 miles of US borders. Minneapolis is a good 300-mile drive from Canada. Additionally, in 2015 the Department of Homeland Security published recommendations against monitoring constitutionally protected activities “such as the First Amendment’s protections of religion, speech, press, assembly, and redress of grievances (e.g., protests, demonstrations).”

Despite demands for answers, limited information is known about the flight over Minneapolis. The drone is thought to have been an MQ-9 Reaper (“Predator B”). Its flight path was first reported by an investigative journalist on Twitter and later confirmed by Motherboard. Drones were also reported to have flown over protests elsewhere, some supposedly operated by private individuals. All told, demonstrations occurred in at least 1,700 locations across all 50 states, though this is likely an undercount as protests continue in response to the killing of Breonna Taylor and other police-violence-related circumstances.

Questions loom: Is use of these drones legal? How will data—data about US citizens—be used by organizations like CBP? How long will this data be retained? Is the data sold or permanently deleted? How is the government working to mitigate illegal use of drones during protests by private individuals? These will remain until researchers and journalists are given better access to information about how drones continue to be used surrounding US protests. Not all hope is lost, though: The FAA might just have answers.

Remote ID Would Benefit the Public

In December 2019, the FAA published a notice for proposed rulemaking that would require drones to have Remote ID technology. This would give the agency the capability to gather in-flight location and identification information. The FAA argues this policy will help address “safety, national security, and law enforcement concerns regarding the further integration of these aircraft into the airspace of the United States.”

Without oversight, drones can be used by a range of state and non-state actors to collect information on bystanders and those otherwise not connected to an impending investigation. Our research team agrees with this assessment, but it should be pushed further—how might the data gathered ultimately be used for propaganda or punitive measures? If the operator of a drone knows you attended a BLM protest, will that data be sold to commercial enterprises? Will it be handed over to political campaigns hoping to individually advertise to particular types of voters? Could the information be given to your employer? Will it be admissible evidence in a court of law?