Wake Up, Democrats! Memes Matter in the Race to 2020 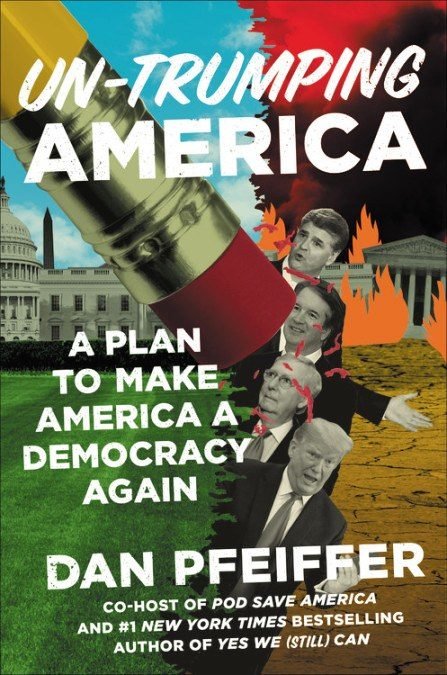 Trump is kicking the Democrats’ asses.

For decades, the theory of communications that undergirded politics was: Politician says something → press covers it → public reads or watches the press’ account of what the politician said. The results of the 2016 election should make it crystal clear that approach is antiquated at best.

Political campaigns are now modern information warfare—massive state-adjacent propaganda operations with Twitter bots that fuel outrage and drive media coverage, Facebook pages that are run out of former Soviet republics and reach more people than The New York Times, and foreign countries like Russia trying to actively intervene in the election.

Dan Pfeiffer is the New York Times bestselling author of Yes We (Still) Can and a cohost on Pod Save America. One of Barack Obama’s longest serving advisers, he was White House director of communications under President Obama (2009–2013) and senior adviser to the president (2013–2015).

And yet, with 10 months until the presidential election, most Democrats, including many of the presidential candidates, are still adhering to that old concept where, other than paid television ads that are used in campaigns, the primary way to get their message out is through the media.

Here are three big problems with that: The traditional media no longer has the reach to deliver the message to the public at scale. Most journalistic institutions no longer have the credibility with the public to serve as independent deliverers of information or arbiters of truth—conservatives haven’t trusted the media for decades and newly skeptical progressives are still angry about 2016 coverage. And, most importantly, the dependence of modern media outlets on digital ads for revenue and Facebook for eyeballs creates a pro-Trump incentive structure. This is not to say that The New York Times et al. support Trump. Far from it, but they have a financial bias toward Trump-related content, because that content gets more clicks.

Breaking the addiction to the old model of communications is hard, because Democrats revere the role the press plays in our democracy. They believe in defending the press from Trump’s dangerous rhetoric and tactics, but Democrats also have to understand the world has changed, and strategies need to change too.

I was the communications director on Barack Obama’s 2008 campaign, and communications director in his White House. I was in charge of getting the message to the public, but what that really meant was that I was in charge of a staff of several dozen in the White House and hundreds more across the various government agencies, and we were focused on how to use the media to get the message out. What interview to do. Which reporters to advance the news to. When to do the speech to maximize news coverage. Most campaigns and organizations still use this old staffing structure, and still spend a lot of time worrying about press coverage. That means they aren’t spending enough time worrying about the overall conversation. 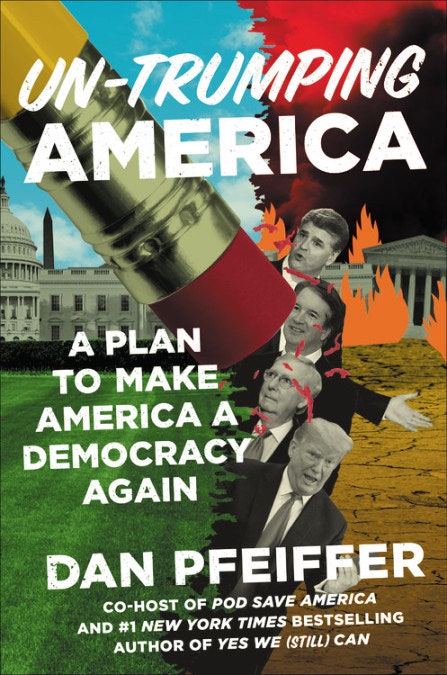 It is time to replace the communications director with a chief content officer who understands that content distribution is more important than content creation. Their job, and the job of their team, is to reach the public via all available means—advertising, digital content, social media, and the press. Every policy, speech, interview, tweet, meme, video, and photograph needs to be thought of as a piece of content that can be used to persuade voters. A positive Washington Post story about the candidate’s health care plan is as much a piece of content as an Instagram post about the candidate’s dog or an ad about their climate plan. The chief content officer’s metric for success, then, needs to be how many targeted voters have seen the information the campaign deems to be critical to getting that person’s vote.

This may sound, in these modern times, pretty obvious. And yet, the current strategy for most content distribution in many campaign offices is: Share it on social and hope for virality. The problem with the quixotic search for virality is that triumph depends on the algorithmic perversions of the social media platform. Hillary Clinton’s most “successful” tweet in 2016 was a reply to a Trump tweet in which she wrote: “Delete your account.” This Twitter burn was retweeted a half million times.

But what goal did this tweet accomplish? Did it make anyone more likely to vote for her? Did it tell potential voters about her policies, character, or personal story?

The problem for Democrats is that the issues their voters care about—health care, economic inequality, education—don’t exactly inspire virality. There are three ways to solve this problem. The most evident: Get better at digital advertising. Imagine if a campaign knew that a certain group of voters cared about health care. That campaign could pay to place a story about how their plan cuts costs into the Facebook feed of those voters. Then, use the fact that every American is walking around with a supercomputer in their pocket connected to hundreds of people via their contacts, and their social platforms. And, campaigns need a plan to get their supporters to share content with their social networks, just as they have a plan to get their volunteers to knock doors and make phone calls.