To Get Antibiotics Off Your Plate, Vote With Your Wallet 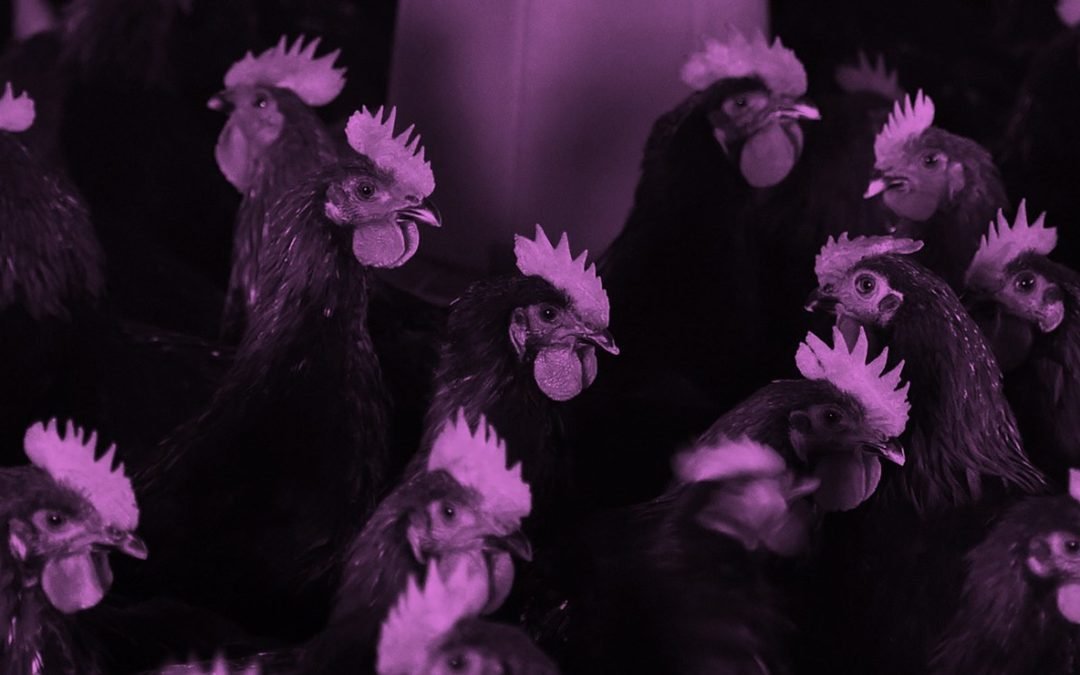 Each year, in the weeks before the New Year, the Food and Drug Administration drops a set of statistics with a wonky title and profound relevance to public health. The “Summary Report On Antimicrobials Sold or Distributed for Use in Food-Producing Animals” contains data that pharma companies have given to the FDA on how many antibiotics are sold in the United States to be given to farm animals.

This year’s report was highly anticipated, because it would show the numbers from 2017—the first year to reflect tough restrictions put in place in the last days of the Obama Administration.

The anticipation was justified. The report, which was released Tuesday, shows that sales of antibiotics for use in farm animals dropped significantly in just one year. That drop reduces the possibility that antibiotic use on farms will create resistant bacteria that cause untreatable infections in humans. It is excellent news.

But as positive as the numbers are, the news isn’t perfect. The FDA report shows that millions of pounds of antibiotics are still being used in livestock in the United States. So the report that’s a test of strict new regulations also turns out to be a testimony to the limits of regulation. The new rules created change, but not enough change to transform an industry.

That ought to be discouraging—if the strictest regulations ever put in place in the United States aren’t enough to curtail antibiotic use, then can anything?

Except: At about the same time the report was released, a slew of food-related companies announced they are turning away from antibiotic use in the meat they use. Change around antibiotic overuse is happening— but it’s coming from an unexpected place. It’s the market, more than the government, that’s creating it.

Antibiotics get into animals in three ways: As treatments for diseases, as prevention for diseases that might occur, and as “growth promoters”—tiny doses, far too small to cure an infection, which cause animals to put on weight more quickly. The first use is episodic, happening only when a disease is diagnosed, but the other two are routine, occurring on most days of livestock’s lives.

Change around antibiotic overuse is happening— but it’s coming from an unexpected place. It’s the market, more than the government, that’s creating it.

Losing the drugs’ power so quickly caused governments to rethink squandering antibiotics on livestock. In 1971, the British government banned the act of using growth-promoter antibiotics in farm animals, followed by the Scandinavian countries in the 1980s and all of the European Union in 2005. There was one US attempt to create similar controls, in 1977: The Carter Administration tried to empower its FDA to take back the licenses it had granted in the 1950s, but was foiled by Congressional interference.

That failure created a stalemate over farm antibiotics that lasted for decades. During these years, members of Congress who wanted to see antibiotic use curtailed realized they could make better arguments if they had better data. They swung a deal attached to reapproval of a cherished FDA program requiring pharma companies to divulge every year how many antibiotics they were selling for use in livestock.

The report that came out Tuesday is the latest product of that deal. It records what happened to antibiotic use on US farms after those Obama Administration rule changes, which made one of those three uses of antibiotics, the growth-promoting doses, illegal in the United States.

In the year 2017, the first year the new rules were in force, sales of all antibiotics for use in US farm animals fell by more than 20 percent. Sales of “medically important” antibiotics—ones that are identical to the antibiotics used in humans, and therefore riskiest for stimulating antibiotic resistance—fell by 33 percent. Sales of antibiotics specifically for growth promotion did just what the Obama administration hoped: In one year, they dropped from 12.7 million pounds to zero.

But all the antibiotics being given to US livestock didn’t drop to zero. Disease treatment remains legal, of course, and so does that problematic preventative use. As a result, American livestock got more than 24 million pounds of antibiotics in 2017, and half of those were the same “medically important” drugs that are used in humans.

Given the pro-business stance of the Trump administration, it’s unlikely we’ll see further government controls on antibiotic use. So this report feels like a starting point and a stopping point at the same time: a demonstration that government action works, and a valedictory to getting any more action like it. But government action isn’t required to change business behaviors, if businesses are willing to act on their own. When it comes to meat production, it suddenly looks like they are.

In the past few years, companies have moved away from antibiotics: The poultry company Perdue Farms announced in 2014 that it was taking all of its operations antibiotic-free, and the rest of the US chicken industry followed its lead within a few years. But beef and pork producers mostly didn’t follow; they argued their animals would be harder to wean off antibiotics, and their big buyers weren’t asking for change.

Now they are. On December 7, the giant warehouse club Costco said it would require all of its meat suppliers to restrict antibiotics to “therapeutic use” only—that is, just for disease treatment, not for prevention or weight gain. On December 11, McDonald’s announced it is launching a program to reduce antibiotic use in the massive amount of beef it buys, and committed to drafting a company policy by 2020.

“This is something that consumers were asking for and doctors were calling for,” says Shelby Luce, an associate in the antibiotics program at the nonprofit group US PIRG, which helped McDonald’s draft its program. “The market really is creating change.”

And on the same day the FDA report went public, a coalition of food producers, wholesalers and retailers, and animal-health organizations—including Hormel Foods, Tyson, Smithfield Foods, the National Pork Board and the National Turkey Federation, and Walmart among others—signed on to a 15-point “antibiotic stewardship” program for meat.

This report feels like a starting point and a stopping point at the same time: a demonstration that government action works, and a valedictory to getting any more action like it.

The program is modeled on antibiotic stewardship rules for healthcare that are promulgated by the Centers for Disease Control and Prevention. It was drafted and brought to the companies by the Pew Charitable Trusts, who perceived consumers were confused by the labels that meat companies are starting to put on their products, and recognized there was a need for common principles.

There’s a thread tying together all these meat industry moves, and it’s buyer power. It’s common to feel that consumers are, well, consumers, passive receivers of whatever companies choose to bring out. The sudden turn of the meat industry away from antibiotic use demonstrates that consumer spending can move markets—and maybe can push markets further than regulation can.