The Truth About Trump’s Love-Hate Relationship With Big Tech 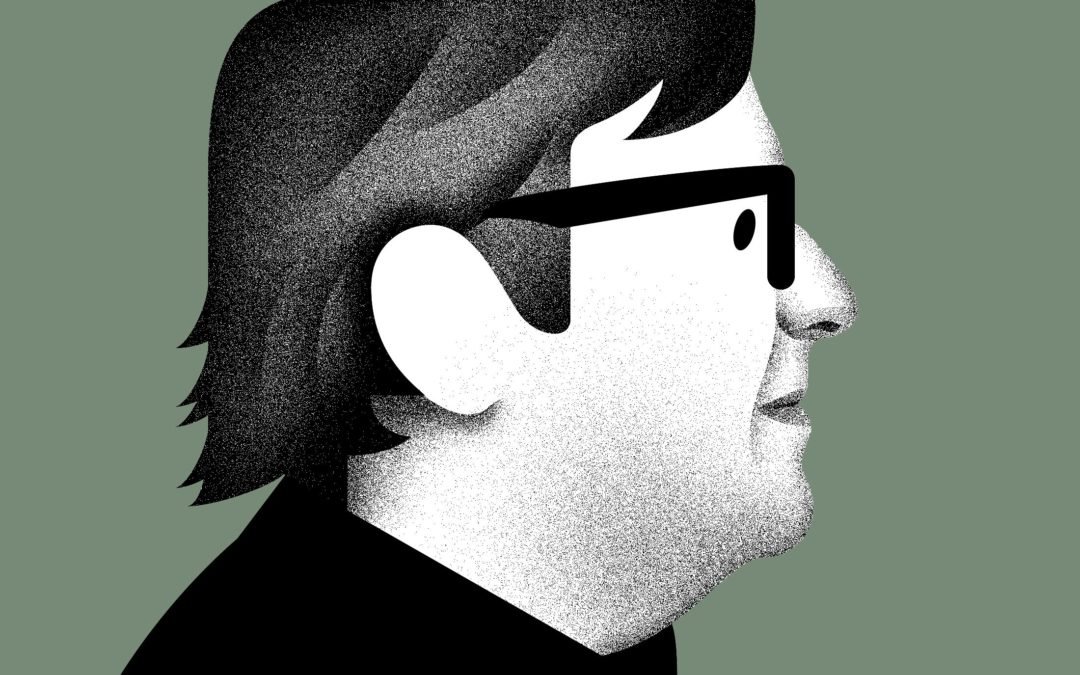 I used to work at the old, ink-stained New York Times, and we would sometimes go out drinking after putting the print paper to bed. There would often be one editor in the corner with a pile of singles that grew taller and taller. The bills were his generous tips for each drink, but he kept his hand on them until he went home for the night, then he released them to the barkeep.

Maybe parting with the money was really that hard. But I thought it was also a way this editor kept the waitress’ attention. Why pay in increments? Instead, if everything goes well throughout the night, there will be one big reward at the end.

I think this is the best way to understand President Trump’s “policy” toward Silicon Valley. To make sure these tech giants are attentive to his concerns, he will attempt to insert himself between them and the money flowing their way using whatever justification happens to be around.

If you take President Trump literally or seriously—take your pick!—you may think that he worries about the power of Silicon Valley. Why, just last week Trump hosted a social network conference—held in the East Wing of the White House no less—where the president and the assembled right-wing pot-stirrers made loud noises about the alleged bias that platforms like Twitter and Facebook have against conservatives. These claims by the president and other Republican politicians at congressional oversight hearings have become a perfect pantomime of principled outrage by everyone involved.

Noam Cohen is a journalist and author of The Know-It-Alls: The Rise of Silicon Valley as a Political Powerhouse and Social Wrecking Ball, which uses the history of computer science and Stanford University to understand the libertarian ideas promoted by tech leaders. While working for The New York Times, Cohen wrote some of the earliest articles about Wikipedia, bitcoin, Wikileaks, and Twitter. He lives with his family in Brooklyn.

For example, Twitter announced last month that it would act against anyone, even a world leader, who engages in abusive speech like, oh, calling the British ambassador “a very stupid guy” and “a pompous fool.” In the case of a hypothetical world leader who tweets abusively, the platform promised to label the tweets as hateful without taking them down. Ordinary mortals tweeting the same abusive message, by contrast, would have the message blocked from the platform, and perhaps themselves, too.

Last week, the president put this new policy to the test when he used Twitter to tell four women of color who are members of the United States Congress to go back to the countries “from which they came.” Right on cue, Twitter said those comments didn’t violate their rules on abusive speech, without explaining to a Washington Post reporter how that could be. The company took no action. (In Casablanca, the corrupt police chief explains his arrangement with Rick, the café owner, after he orders an expensive bottle of champagne: “It is a little game we play. They put it on the bill, I tear up the bill. It is very convenient.”)

There have been similar pantomimes of faux conflict between Facebook and Trump. For example, Facebook, along with YouTube and Twitter, was pointedly not welcome at the recent social-networking event. And this week, the president and his treasury secretary went out of their way to raise questions about Libra, a new cryptocurrency promoted as a way to bring payments to the Facebook platform. But, of course, Facebook played an especially helpful role in Trump’s election—its negligence allowed the Trump campaign to misinform and agitate voters without consequences. And Trump’s most vocal supporter in Silicon Valley, Peter Thiel, has been on Facebook’s board since its inception and is a close adviser of Facebook’s founder, Mark Zuckerberg.

When the Federal Trade Commission had to decide a proper punishment for Facebook for abusing its users’ privacy, the Republicans chose to hold their fire. By a 3–2 vote, the Republicans members of the commission approved a $5 billion fine, ignoring the objections of the Democratic members who wanted a stiffer penalty, greater restrictions on the company, and the inclusion of corporate officers like chief executive Mark Zuckerberg as bearing responsibility for the privacy violations.

The FTC’s actions appeared tough—$5 billion!—even as Facebook welcomed the fine as a resolving the complaint at a cost that could be easily absorbed. Facebook shares rose sharply after the news was announced since the agency did so much less than it could have against a company whose revenues are running at about $60 billion a year.

Amazon has an even more tangled relationship with Trump. The president says Amazon doesn’t pay its fair share of taxes. He describes the decision by Jeff Bezos, Amazon’s founder, to purchase The Washington Post and invest in its high-quality, aggressive journalism as a way to defend his interests on Capitol Hill.

Trump has taken note of Amazon’s reliance on the United States Postal Service to deliver its products, which he says amounts to a multibillion-dollar subsidy, while “putting many thousands of retailers out of business.” Yet there was Trump on the White House lawn praising Amazon as a job creator, albeit as he was trying to bash Representative Alexandria Ocasio-Cortez, one of the four congresswomen he told to back where she came from.

Ocasio-Cortez represents a Queens neighborhood that borders the site where Amazon was going to create a second/third headquarters and led the opposition to the $3 billion in local government subsidies used to lure Amazon. In the face of local objections, Amazon pulled out of the deal, which Trump said was bad for the city, rather than, say, a boon for local retailers. “Tens of thousands of jobs would have been a great thing and she kept Amazon from going,” Trump said at the White House. “Would have been a good deal, I mean, could he have made it better? Maybe. But tens of thousands of jobs. New York has not been the same since that happened.”

Finally, there’s Alphabet, which through its control of YouTube and the Google search engine has also been accused of bias against the right. This week, Thiel said without evidence that Google “maybe has been infiltrated by the Chinese government.” Trump seized on the claim, and referring to Thiel and his allegation wrote, “A great and brilliant guy who knows this subject better than anyone! The Trump Administration will take a look!”

People troubled by the growing influence of Silicon Valley naturally want to find some public policy overlap with Trump, whether in resisting a Facebook digital currency or in releasing Amazon’s chokehold on in ecommerce. Good luck with that. After our little tour of recent Trump pronouncements, the only coherence that emerges is opportunity to coerce.

Undoubtedly, we are in desperate need of regulating Silicon Valley, breaking up the monopolies, taking back the public square from corporations with a financial incentive to make that square a scene of anger, belligerence, and conflict. Have been for many years now. But, standing in the way of a true regulatory solution is the money, power, and connections in Silicon Valley waiting for friendly politicians.

Barack Obama, too, failed to take serious action against Silicon Valley as monopolies grabbed hold of the digital world and exploited their users’ personal data to make a fortune. And many veterans of the Obama administration found their way to high-ranking, high-paying positions at these monopolies, or wannabe monopolies—Amazon, Google, Uber, Airbnb, Square.

To be effective, a politician must embrace clear principles about Silicon Valley as Senator Elizabeth Warren has done during her presidential campaign, vowing to break up the tech companies by rolling back recent mergers and restricting platforms from hosting a marketplace while participating in that marketplace. Otherwise, the overriding temptation will be to delay, to temporize.

The best way to have Silicon Valley work for you as a politician is to have tech monopolies rake in the bucks while being on edge a bit. A recent New York Times headline is just about perfect: “Facebook Dodged a Bullet From the F.T.C. It Faces Many More.”

As long as our government allows some tech companies to remain powerful monopolies, every privacy debate, every government regulatory decision, every decision by a social network not to apply its own code of conduct, every national-security inquiry, even, will really just be a way for politicians and Silicon Valley to keep each other’s attention.