The Truth About the Quietest Town in America 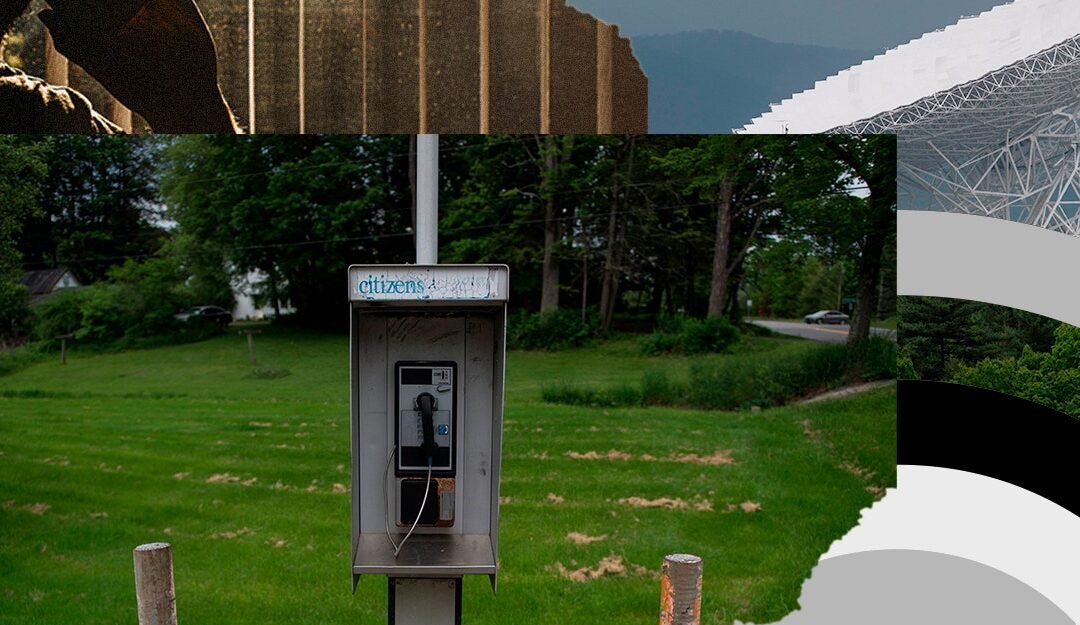 This loss of radio quiet has coincided with a loss of audible quiet. In 2000, the director of the US National Park Service passed an ordinance on “soundscape preservation and noise management” that called for parks to document and work to preserve natural sounds. The directive expired in 2004. Three years later, when the iPhone debuted, Science reported that human-made noise pollution was “pervasive” in America’s protected areas. The acoustic ecologist Gordon Hempton believes a dozen places remain in the United States where a person can hear no man-made sounds for 15 minutes. More than annoying, such noise has been shown to increase the risk of heart attacks, strokes, diabetes, and even cancer. The concurrent rise in radio noise has also had deadly effects, with heavy smartphone usage tied to depression, anxiety, sleep deprivation, teen suicides, and, unsurprisingly, motor vehicle accidents.

Wouldn’t there be fewer car crashes and deaths if it was impossible to drive and text at the same time? Wouldn’t all of us sleep better if we lived in a place without constant connectivity? Wouldn’t our lives be richer and our communities stronger if we weren’t always online? And if all these benefits of a less digitized life were true, wouldn’t Green Bank and the surrounding Quiet Zone be a kind of utopia?

Those questions led me into Appalachia, over snowy mountain passes and down steep switchbacks, into the rugged backcountry of Daniel Boone and Stonewall Jackson, to the heart of the National Radio Quiet Zone, in search of an alternative to our tech-obsessed, phone-addicted, attention-hijacked, doomscrolling society. When I first arrived in 2017, the observatory was hosting some 30 media visitors a year, with a regular stream of articles being published about the so-called Quietest Town in America. Busy days could see three film crews crowded atop the Robert C. Byrd Green Bank Telescope, all competing for footage of that most endangered of things: quiet.

After my initial visit to Green Bank with Jenna, I returned about a dozen times over the next three years for a series of extended stays, popping in so frequently that people asked if I’d moved there permanently. I joined a book club, helped build a house, foraged for ramps, and went target shooting with a 7-year-old. I frequented a small country church where the wall-mounted “Register of Attendance and Offering” was never updated; it always said there were 11 attendees and $79 in tithes, contributing to the feeling of time standing still, of being drawn into a quieter dimension.

It was also a place of contradictions. Soon after my patrol with Chuck Niday, CNN’s medical journalist Sanjay Gupta drove into Green Bank for an episode of Vital Signs. “National Radio Quiet Zone,” Gupta said to the camera, “that means there’s no cell service, there’s no Wi-Fi, there’s no radio. It’s just really quiet.” On his heels, Katie Couric visited for a National Geographic series. “Green Bank is a town where technology is almost completely banned,” she said in a bright voiceover when the series aired, later opining, “People here seem happy to follow the law of the land.”

Even the state’s highest-ranking officials fed into the quiet hype. “All people within a 20-mile radius of the facility cannot have any device that emits a noticeably high amount of electromagnetic radiation,” Senator Joe Manchin would write in a 2018 op-ed. “This includes WiFi routers, cell phones, and even microwaves. Yet, these faithful West Virginians have sacrificed all of these luxuries for the advancement of science.”

Teresa Mullen rolled her eyes at such language. The Green Bank resident and high school teacher had a microwave. She had a smartphone. She had Wi-Fi. She knew where to get a cell phone signal. “It’s not like we’re living some bohemian lifestyle,” she told me. Such was hardly a secret. A house across the street from the observatory had Wi-Fi with the network name “Screw you NRAO,” an unsubtle middle finger to the observatory’s calls for quiet. Green Bank’s health clinic had Wi-Fi. So did the senior center. “We’re not supposed to,” said John Simmons, the county’s director of senior programs and a former county commissioner, “but I think all that stuff about the noise levels is fabricated.”