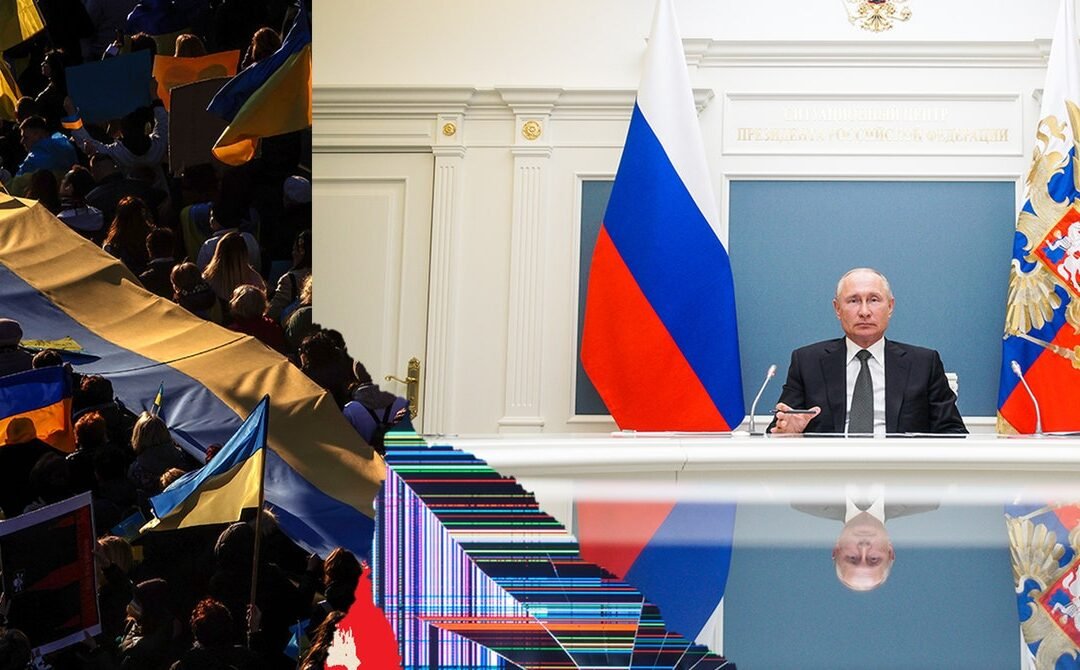 For decades now, Vladimir Putin has slowly, carefully, and stealthily curated online and offline networks of influence. These efforts have borne lucrative fruit, helping Russia become far more influential than a country so corrupt and institutionally fragile had any right to be. The Kremlin and its proxies had economic holdings across Europe and Africa that would shame some of the smaller 18th-century empires. It had a vast network of useful idiots that it helped get elected and could count on for support, and it controlled much of the day-to-day narrative in multiple countries through online disinformation. And many people had no idea.

While a few big events like the US’ 2016 election and the UK’s Brexit helped bring this meddling to light, many remained unaware or unwilling to accept that Putin’s disinformation machine was influencing them on a wide range of issues. Small groups of determined activists tried to convince the world that the Kremlin had infiltrated and manipulated the economies, politics, and psychology of much of the globe; these warnings were mostly met with silence or even ridicule.

All that changed the moment Russian boots touched Ukrainian soil. Almost overnight, the Western world became overwhelmingly aware of the Kremlin’s activities in these fields, shattering the illusions that allowed Putin’s alternative, Kremlin-controlled information ecosystem to exist outside its borders. As a result, the sophisticated disinformation machinery Putin spent decades cultivating collapsed within days.

Russia’s network of influence was as complex as it was sprawling. The Kremlin has spent millions in terms of dollars and hours in Europe alone, nurturing and fostering the populist right (Italy, Hungary, Slovenia), the far right (Austria, France, Slovakia), and even the far left (Cyprus, Greece, Germany). For years, elected politicians in these and other countries have been standing up for Russia’s interests and defending Russia’s transgressions, often peddling Putin’s narratives in the process. Meanwhile, on televisions, computers, and mobile screens across the globe, Kremlin-run media such as RT, Sputnik, and a host of aligned blogs and “news” websites helped spread an alternative view of the real world. Though often marginal in terms of reach in and of themselves (with some notable exceptions, such as Sputnik Mundo), they performed a key role in spreading disinformation to audiences in and outside of Russia.

But the digital realm is where Russia found most success in opening new fronts in its disinformation war. Social media, quasi-legitimate blogs, and bots reached ordinary people en masse all the time. With skill and care, Russian operatives tested and retested how best to polarize audiences. Using different platforms, content, and messaging, they built up a profile of users for their targeting purposes and then reflected back to them a picture of the world that would make them angry, frightened, and despairing—a picture that only exists online. For evidence of this, look no further than recent discourse in the West, where the Kremlin has been amplifying everything from climate denialism to the anti-vaxx movement to Qanon. All these things already existed but were the preserve of conspiracy theorists, quacks, and pranksters—now millions believe, in the face reality, that climate change was made up by Green extremists, that “they” (whether it be Bill Gates, George Soros, or the World Economic Forum) are using vaccines to microchip people, that there’s a satanic cabal of baby-eaters in Washington, or all of the above.

Critically, the Kremlin seemed to understand that while our online worlds are a key part of us, we behave differently there because it taps into our magical thinking. It is real and unreal at the same time. We troll each other, scream at each other, and produce millions of hours of ever-weirder porn, all because that world is slightly unreal. Few of us would do any of those things IRL. Yet, it is our real life, and the things we do online all have impacts, both positive and negative, on our psyche. The same holds true for disinformation. Our screens open up something akin to our spirituality, and from there we can make wild leaps of faith as to what is and isn’t real that translate from online to our offline thinking.

What the Kremlin failed to anticipate, however, is that the invasion of Ukraine would be the equivalent of Putin screaming at our face in the street— a brief but violent jolt in our collective online consciousness. It’s not just that what he claims about Ukraine is outlandish—after all, the Kremlin has been pushing many of these narratives for a long time and many in the West believed them until now—but that the reality of Putin’s actions have broken through the unreality of online life.