The Ghost of the Soviet Union Still Haunts the Internet 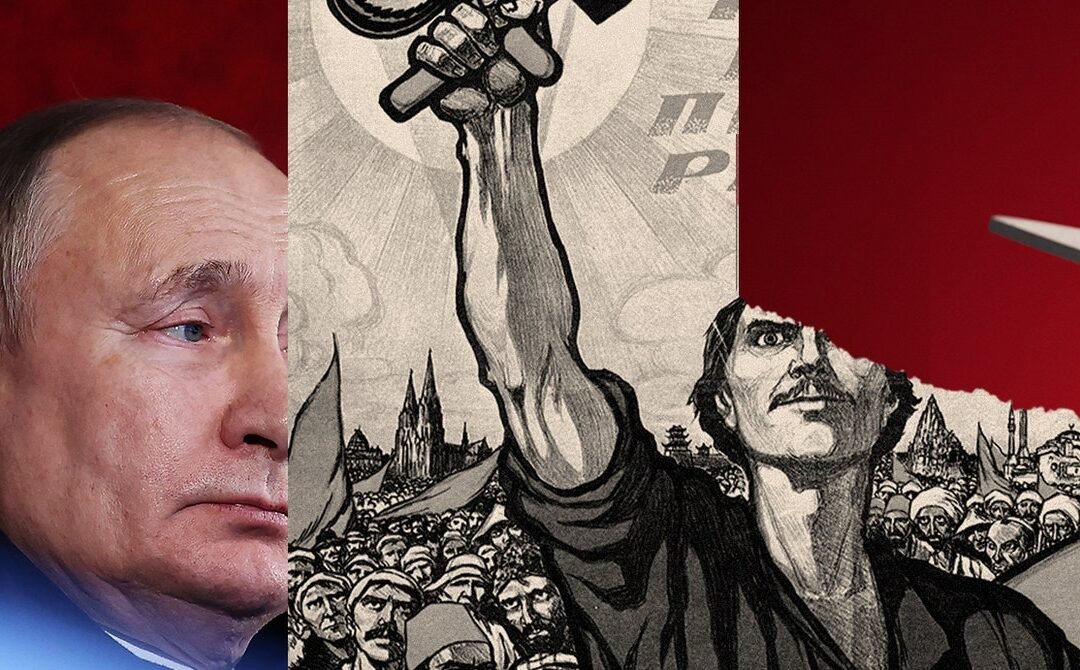 Vladimir Putin’s invasion of Ukraine has inspired a global response. Musicians are protesting with music, artists with art, pastry chefs with pastry, and bicyclists by cycling. This raises the question of what internet policy nerds can do to show our horror and contempt for Russia’s Soviet-style imperialism.

The answer is simple: Kill off the Soviet Union’s last outpost—in cyberspace.

Putin is a big fan of the Soviet Union’s old empire. He described its breakup as “the greatest geopolitical catastrophe of the century.” And he’s acting, in Ukraine and in Russia’s “near abroad,” like a man determined to restore those Soviet-era borders.

Nostalgia for the Soviet Union is on a moral plane with longing for Hitler’s Third Reich. And yet, against all odds, the Soviet Union lingers on. Not only does it continue to inhabit the dreams of aging loyalists, it is still alive on the internet.

But not its country code.

Thirty years later, the Soviet Union endures in the imagination of a former KGB officer now in the Kremlin—and on the internet, where you can still register a domain like stalin.su. As you might expect, the domain is a nostalgia zone for fans of Communism and a favorite haunt of those who oppose a democratic and independent Ukraine and use the .su domain to express their hopes for Ukraine’s future incorporation into Greater Russia. Big .su users also include spammers and other cybercriminals who like the lack of actual government supervision. Given its lack of positive value (and the happy end of Communist terror) it is long past time for the .su domain to be consigned to the digital graveyard.

Why then does it still exist? The Internet Corporation for Assigned Names and Numbers (ICANN)— the international organization that governs domain names, including country codes—has a policy of retiring the names of countries quickly once they cease to exist. ICANN has already bumped off Yugoslavia’s .yu and East Germany’s .dd, to name a few. But its efforts to retire .su have been hampered by a mix of Putinist sentiment and commercial interest. A committee of country code managers from places like Saudi Arabia and Namibia (as well as Russia and China) have slow-rolled the move, claiming that a new, comprehensive policy on country code retirement is being developed. Meanwhile, at 20 to 30 bucks a year, .su registrations have been bringing in a few million dollars of annual revenue for ICANN and its registries, revenue that will be lost when the domain goes away.

That’s not reason enough to keep the ghost of the Soviet Union alive on the internet. It was quite possibly the most murderous regime in history, and war crimes are being committed in its memory today all across Ukraine.

There’s a good chance, of course, that Putin will take its demise personally. And, really, what better reason could there be for hastening its execution?

ICANN and its board of directors should act now, not after more years of hemming and hawing. And if ICANN stalls, there are plenty of other ways to reach the same end. The Biden administration could sanction the entire domain, prohibiting transactions with the domain registrar and its users, the way it has with other Russian internet outlets. Google and Mozilla could simply decide not to recognize addresses ending in .su. Most of those solutions would be more drastic than action by ICANN, but the fear of extreme measures may be what it takes to get ICANN to move.

Whatever the route, the destination is clear: The dustbin of history is calling for .su.