The Fantasy and the Cyberpunk Futurism of Singapore 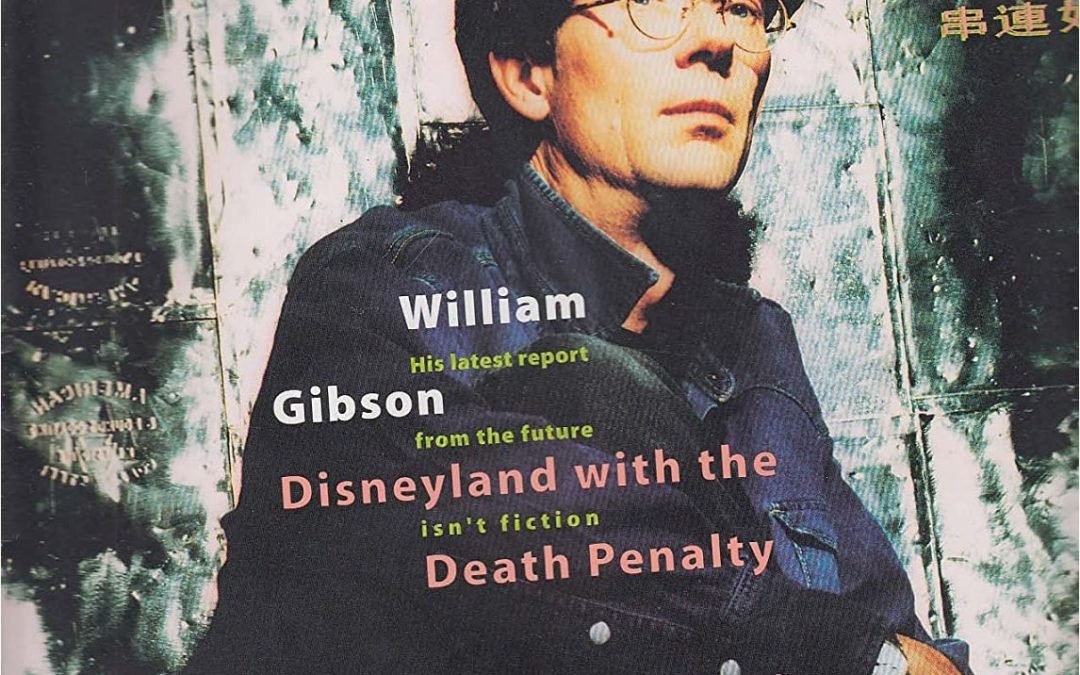 An eerily prescient moment in the landmark cyberpunk film Akira about nuclear destruction predicts the cancellation of the 2020 Tokyo Olympics. By preternatural coincidence, I taught the film in my “Cyberpunk in Asia” class on March 11—the anniversary of the 2011 Fukushima nuclear disaster, and the last day of in-person classes. Distracting students from an apocalyptic turn of events with Akira felt both poignant and ironic.

But more poignant, while researching the class, I was returned to a piece of trivia I had almost forgot: Upon visiting Singapore for an essay in WIRED’s second-ever issue in 1993, William Gibson described the city-state as “Disneyland with the Death Penalty.”

In some ways, I wasn’t at all surprised my rabbit hole led me, well, home. Of course my interest in cyberpunk dystopias, divergently set in the future, yet always gesturing to a nostalgic, grimy past, converges in the tiny island I grew up on. A cyberpunk dystopia itself, Singapore takes pride in its emergence as a global capitalist exemplar while treating its colonial past as precious.

Jerrine Tan was born and raised in Singapore. She has a PhD in English from Brown University and currently teaches Global Anglophone Literature in the English department at Mount Holyoke College.

Gibson emerged just as cyberpunk was on the rise. His landmark novel Neuromancer (1984) followed Ridley Scott’s Blade Runner (1982) and preceded Katsuhiro Otomo’s Akira (1988), which are both set in 2019. For over 30 years, the year 2019 served as cyberpunk’s primary placeholder for the future. Rewatching Akira recently, I had an experience with the uncanny. Reflected in Akira’s futuristic, oppressive Neo Tokyo was my home. The future was already here.

Like Neo Tokyo, much of what we see of Singapore is brand spanking new. Towering skyscrapers adumbrate the skyline as inequality undergirds society. Both cities exist as islands that rely on vast networks of connections; both are run by an all-seeing government with a distaste for protest. In his WIRED essay, Gibson refers to the island country as Singapore Ltd., “micromanaged by a state that has the look and feel of a very large corporation.” Indeed, capital is the city’s lifeblood. Without any natural resources, Singapore exists as a financial hub and relies on trade to sustain itself. Singapore’s immune reaction to Gibson’s piece was, of course, to ban WIRED. 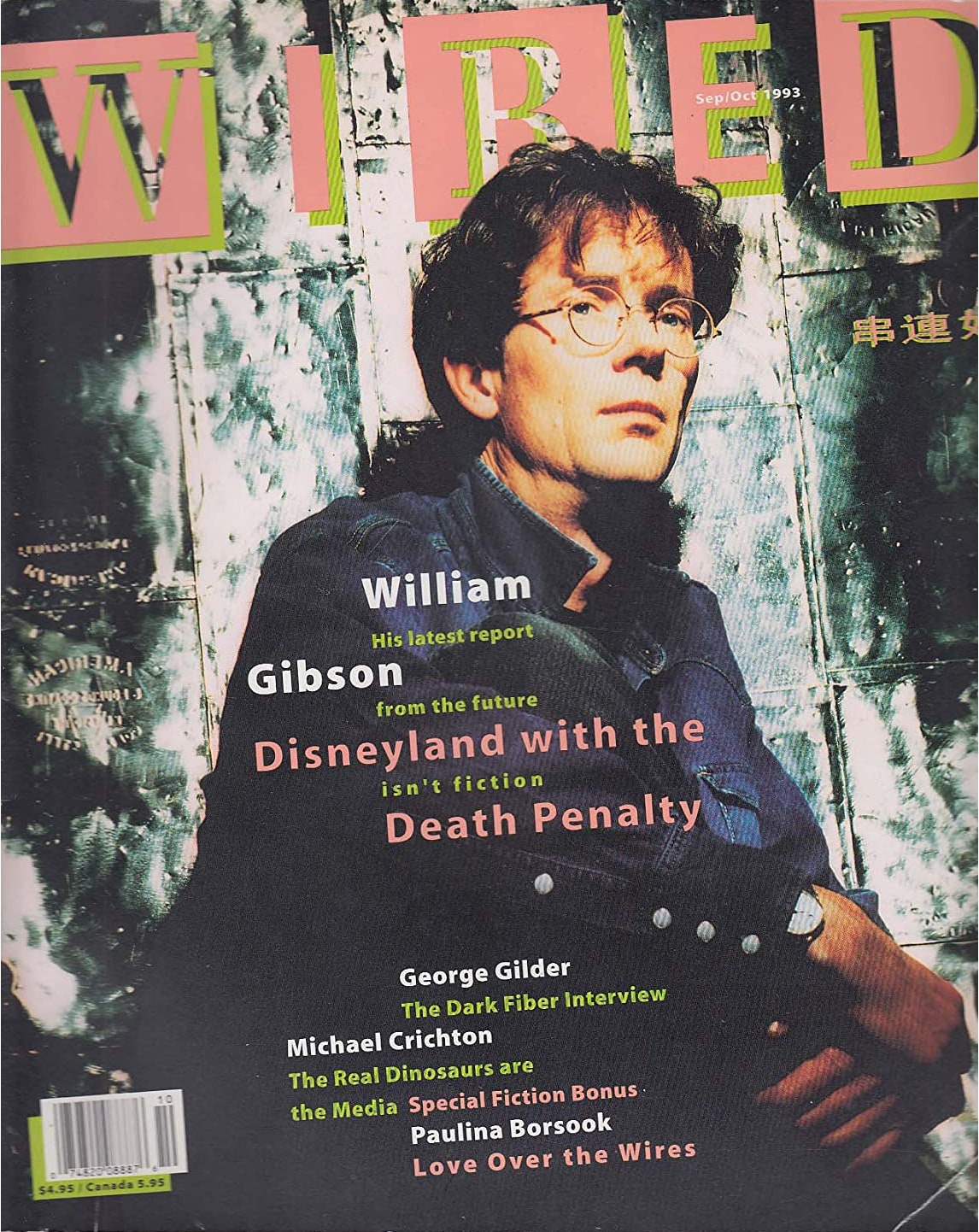 In describing Singapore as Disneyland, Gibson pays homage to French philosopher Jean Baudrillard’s Simulacra and Simulations. (Incidentally, Simulacra is the only book—fittingly hollowed out to be used as a tool of concealment—featured in The Matrix, which was heavily influenced by Neuromancer.) In the simulacrum, what begins as an image of the real eventually reveals that the image is all there is. Ergo, the image does not merely conceal or distort the real, but reveals that there is no real at all. Gibson describes “the sensation of trying to connect psychically with the old Singapore [as] rather painful, as though Disneyland’s New Orleans Square had been erected on the site of the actual French Quarter, obliterating it in the process but leaving in its place a glassy simulacrum.” In 2020, this is only more true of Singapore.

Last year, Singapore opened the snaking Lornie Road Highway. Erecting its eight lanes required clearing vast forested areas as well as the Bukit Brown cemetery, which housed thousands of grave sites of early migrants, and possibly the bodies of victims of the Japanese Occupation. It had been placed on the World Monuments Watch list, and the United Nations special rapporteur for cultural rights had demanded it be preserved, to no avail. The old National Library, which served as an aid station for the British during the Japanese invasion, was also demolished to make way for a tunnel that would save commuters five minutes. Visiting home last December, I found that a beloved park near where I grew up had been butchered—one side of the hill carved open, the lily pond full of fish filled in. New expressway, I was told. As a foreigner, Gibson intimated that the absence of the past in Singapore incited psychic pain. As a citizen, watching a resolute obliteration of the past in progress, I am haunted by gaping fish.