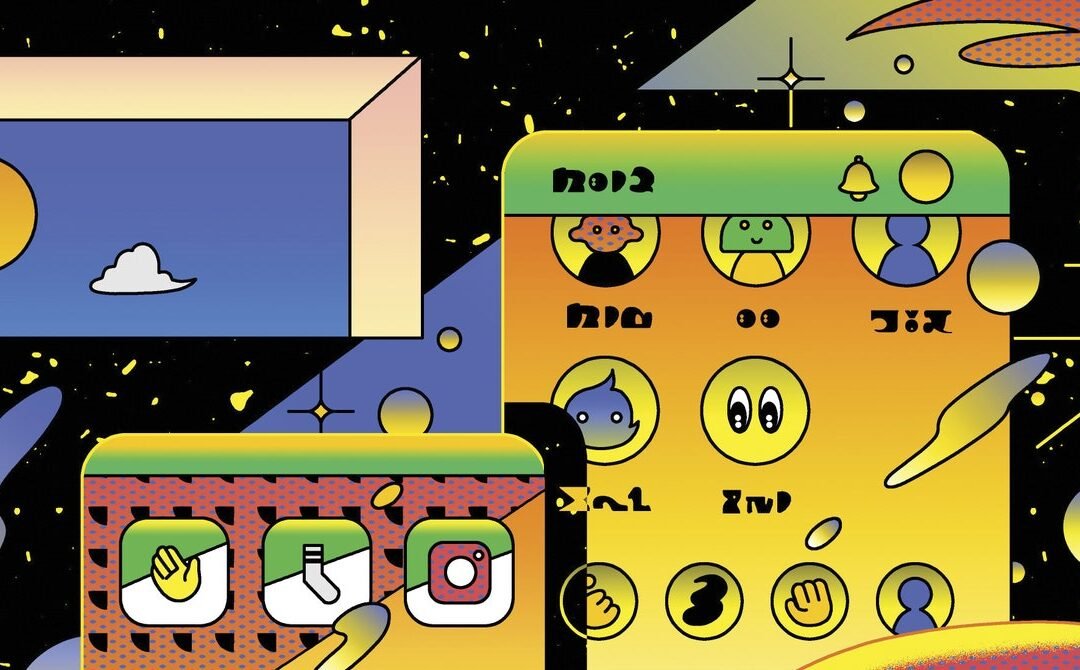 Clubhouse at the start was not just invite-only; it was iOS-only. Chic voices would touch chic brains via AirPods Pro. In issuing invitations, the hope was that Clubhouse would skim the creamiest cream off the social milk—Drake, Oprah—and gain a reputation for being 100 percent rabble-free.

To this end, the interface faintly conjures a nightclub, with gestures at velvet ropes, bouncers, hallways, and corner banquettes. In each chat room, circle-shaped headshots come up like tokens on a game board. When one of the circles speaks, it gets a kind of halo that flashes while they hold the floor—and those who interrupt with amens or points of order borrow the flashing. The sound of the voices is rich, pure, and immediate.

Sarah Szalavitz, the extraordinarily well-connected technologist, brought me to Clubhouse and gave me a backstage tour and guidance for avoiding the right-wing bores of the Intellectual Dark Web, with their never-ending jeremiads against pronouns and wokeness. Sarah also gave me stern advice: I’d have to quickly unfriend most of the 52 people I’d be forced to follow on signing up. Many of the forced follows, the dread Suggested User List, were notorious shit-stirrers for whom the deck of influence on the app was apparently stacked. Of those on the Suggested User List, only two in that summer of 2020 seemed to have come by their followers honestly: Meek Mill and 21 Savage. I still follow them.

For a time, Clubhouse caught on, and throughout the summer there were ambitious and fruitful conferences by Black Lives Matter writers and activists. There was also a lot of blather about that season’s philosophical earworms, from cancel culture to gender essentialism. In September, the US attorney general labeled Portland, Seattle, and New York City “anarchist jurisdictions,” and the Clubhouse rooms refracted the apocalyptic hyperrealism of the wider world. In May 2021 the app opened to Android users, and a few months later users stopped having to be invited. The big weekly parties shrank and turned uncool. Debates turned into so-called drama rooms—shouting matches on catnip subjects like vaccines. Many precincts of the app turned monotonous.

Though blockbuster social media remains logocentric, social audio hums along, and Clubhouse, in particular, seems unbothered not to be the belle of anyone’s VC ball anymore. It still lives on 28 million devices, and its regular users, many of them international, remain loyal. They speak in a wide range of accents and dialects, and many join groups just to practice new languages. For weeks, rooms have proliferated in which people inside and outside Ukraine trade urgent information about the Russian attacks. These conversations take place alternately in Ukrainian, Russian, English, and several other languages.

Current Clubhouse users now get sentimental when they talk about the app. In a recent room called What’s Your Favorite Clubhouse Story? one user described the time Snoop Dogg entered his room to whoops of “Snoop,” and a second spoke of hearing the ancient groans of a friend who gave birth on the app. (That really happened.) As these two spoke, those present made deeply human murmurs of surprise, squeamishness, and wonder. Then a third piped up. He said simply, and quietly, that Clubhouse had taught him to listen.

This article appears in the April 2022 issue. Subscribe now.