The Case That Foreshadowed the Lessons of the FTX Collapse 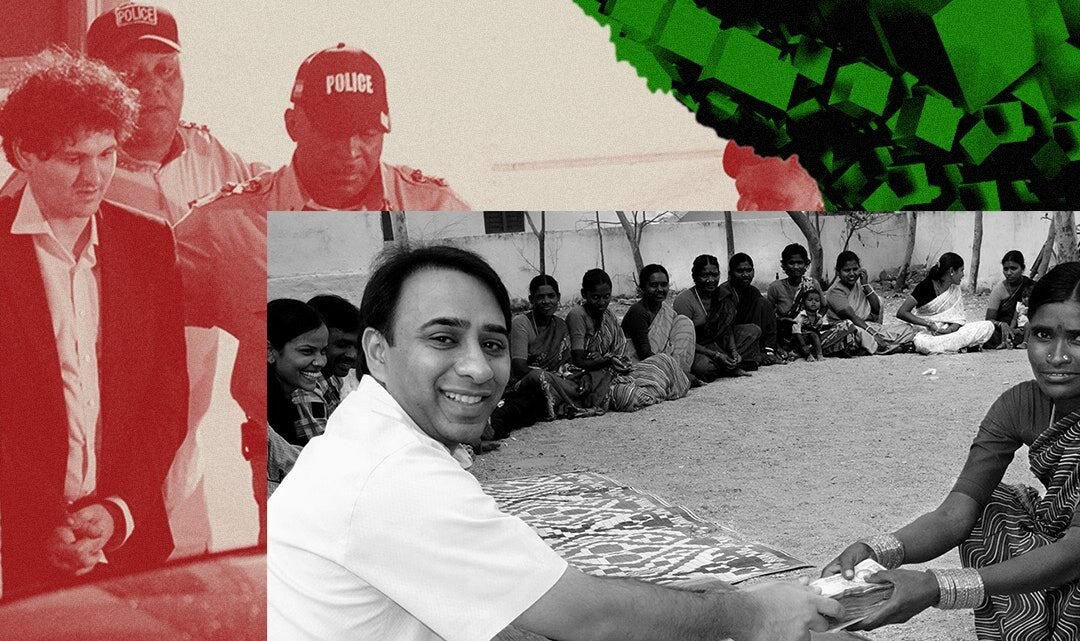 For the past three seemingly glorious years, the 30-year-old boy wonder Sam Bankman-Fried, or SBF, crowned the “King of Crypto,” bore an uncanny resemblance to the legendary character Robin Hood. Using his quant and coding skills instead of a bow-and-arrow, he built, at breakneck speed, a $32 billion empire: the cryptocurrency exchange FTX, and the trading firm Alameda Research. But it was all supposedly for the cause of giving to the poor (via the fashionable new movement, effective altruism)—with former Alameda co-CEO Caroline Ellison acting as his Maid Marian and a stunning roster of A-listers (from top Democrats to star sportspersons) his Merry Men. Yet, since being escorted out of his Caribbean home in handcuffs on December 12, he has appeared a distinctly less cheerful outlaw.

So how did our self-proclaimed modern-day Robin Hood, who agreed to extradition to the US earlier this week, come to end up in chains?

The answer is foreshadowed by another “ethical crusader” who, a little over a decade ago, experimented with his own philanthropic fantasy on the other side of the globe: Vikram Akula and his microfinance initiative. Microfinance refers to institutions that provide financial services, especially small (“micro”) loans, to people not normally able to access credit from conventional banks—typically poor women, often in rural areas. The concept of microfinance, and the first microfinance institution, the Grameen Bank, had been established in the 1970s by economist Muhammad Yunus in Bangladesh and had gradually grown to boast millions of borrowers in the country and all over the world—winning Yunus and his not-for-profit bank the Nobel Peace Prize in 2006 for contributions to global poverty eradication.

Akula, raised in the US, wanted to import the business acumen he’d acquired as a management consultant at McKinsey—his equivalent of Robin Hood’s archery—to the microfinance model in his ancestral homeland, India: specifically, by speeding the process up to bring the logic of fast-scaling consumer brands, like Coca-Cola or McDonald’s, into play. He established his own company, SKS Microfinance, in 1997 to do so. Fueled by the idea that the more rapidly Akula’s company expanded, the more good it could do, SKS quickly became one of the fastest growing institutions in the sector’s history, and Akula the bold new global face of microfinance—making, for instance, the Time magazine list of the 100 Most Influential People of 2006. By 2010, an SKS IPO, as apparent proof of the pudding of profit-with-a-purpose, was 14-times oversubscribed.

The similarities between FTX and SKS go beyond the rebel-with-a-cause personal trajectories of their founders. Like Robin Hood and his followers’ noble cat-and-mouse game with the tyrannical Sheriff, both men operated on the fringes of the law in the liminal extralegal space between legal and not, with SBF working in the unregulated crypto industry and Akula in the mostly unregulated South Asian microfinance sector. (In 2010, Akula, too, had an arrest warrant issued against him, although with “sheriffs” in India being what they are, he was never arrested.) And both were motivated, notionally—much as “man of the people” Robin Hood—by the democratizing zeal of giving power to the people.

Indeed, the original models of crypto and microfinance had much in common. Crypto is a decentralized digital currency (including, for instance, Bitcoin, Ethereum, Tether, Binance Coin, and Dogecoin) traded on crypto exchanges (like Coinbase, Kraken, Gemini, and, until recently, FTX, as well as some brokerage platforms like Robinhood, Webull, and eToro). Unlike conventional “fiat currencies” issued by governments, crypto isn’t backed by any physical assets: Its value is conjured entirely by common consent. Because transactions (“blocks”) are verified and recorded (in a continuous link, or “chain”) in code known as a blockchain—the equivalent of a checkbook distributed across an infinity of computers across the world—it is considered open, diffuse, and consensus-driven: the ultimate peoples’ ledger, or an opportunity for millions of ordinary people to co-author their own collective financial story.

The microfinance model, on the other hand, is notable for providing loans without either contracts or collateral, but instead through “group lending” or organizing borrowers into supportive peer groups, usually of five—significantly widening the radius of finance by allowing virtually anyone (even those without legal or financial assets) to access credit, making it the quintessential people’s bank. Despite the absence of the usual punitive mechanisms, and, again, lending backed by physical assets (collateral), microfinance institutions remarkably achieve and maintain extremely high repayment rates—regularly over 95 percent, reportedly—by means of consensus or common consent among borrowers. At the heart of both are peer-to-peer relationships and dynamics that replace finance’s traditional hierarchies, akin to Robin Hood’s commitment to redistribution as financial justice.