Office Life at the Pentagon Is Disconcertingly Retrograde 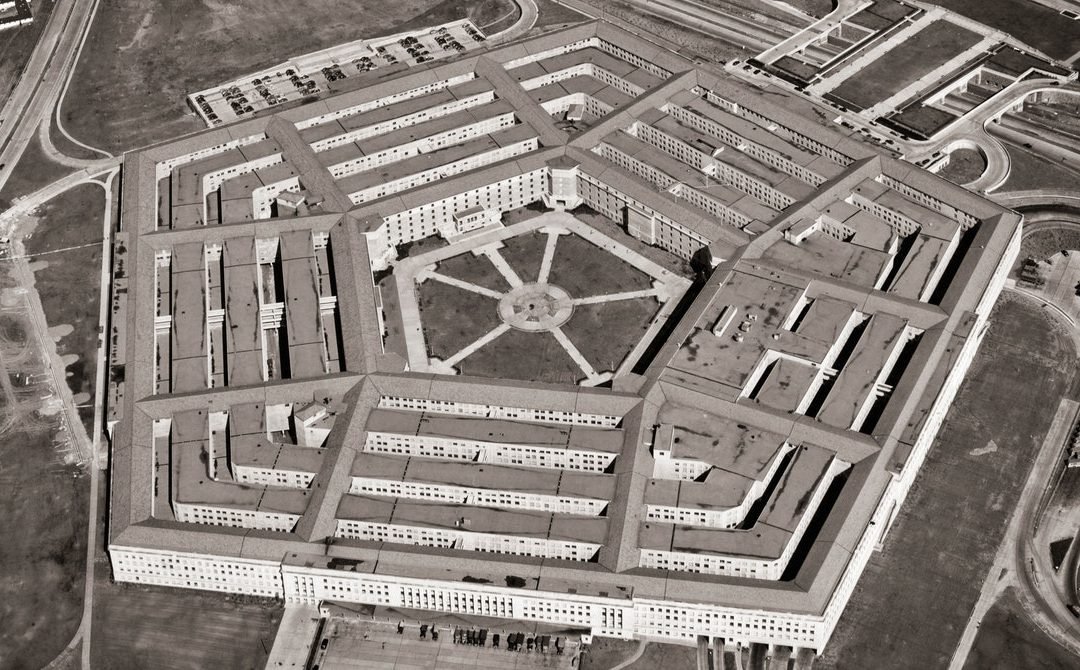 There are no laptops at meetings in the Pentagon. There are no whiteboards, either. No connectivity, and almost no diversity. I love the Navy and Marine Corps, but as a civilian executive, this 1950s environment is what exasperated me most about working there. These problems damage the speed and quality of our military planning and decision­making. If we don’t correct them soon, we will jeopardize our national security.

Take connectivity. Even though my office was in the E-Ring, the cynosure of American military power, I had no Wi-Fi access. To call someone, I had to use a hard line. To access the internet, I had to jack my computer into the wall. This was not the result of heightened security—my office, like most of those in the building, was a declassified space—but because there’s simply no cell phone connectivity in most parts of the building. My IT team put an internet booster right outside my office—it still didn’t work. If I needed to use my cell phone, I could either hover by the one good hot spot a few feet from the secretary of the Navy’s office, or walk 10 minutes down to the building’s open courtyard, which gets a decent signal. There, rain or shine, you could find hundreds of Pentagon employees trying to use their phones. During the pandemic, I’ve had much greater connectivity working at home on my civilian network than I did when in the building that controls the most powerful and technologically advanced armed force in the world.

John Kroger is a Marine Corps veteran and former college president and attorney general of Oregon. He served as chief learning officer of the US Navy and Marine Corps from 2019 to 2020.

At the Pentagon, I couldn’t place calls or check email unless I was physically in my office. This was often impossible, as I had many meetings in far-flung parts of the building. So I was generally not connected continuously to colleagues during the day, and had to catch up on messages after hours. This is true for virtually everyone in the building. Work flows at a glacial pace. If there was an emergency, my staff couldn’t notify me unless I was in my office. We didn’t even have pagers, so if something needed immediate attention, a staff member who monitored my phone and email had to come locate me among the Pentagon’s 6.5 million square feet.

Meetings, “briefings” in Pentagon parlance, are also a case study in inefficiency. Like clockwork, the briefing team presents, and the senior leader in the room listens and asks questions. The rest of the staff remain silent. Instead of interjecting their own questions or raising alternative points of view, they’re encouraged to “stay in their own lane.” The purpose of many of these meetings is not to make a decision, but to “update leaders on progress.” There are no whiteboards, no thinking out loud, and usually no analysis. Almost everything is scripted.

These briefings are all presented with PowerPoint, which some observers have described as a cancer eating away at the US military. By relying on stale slides, we focus on small numbers of carefully selected data points, simple assertions, and bullet-point plans. Nuance and complexity dissolve. Since our conference rooms too have no connectivity, no one brings a computer. Slide decks are not viewed on screens but printed on paper and distributed by hand, with people taking notes with pens and pencils. No one can pull up data to question the assumptions, facts, or conclusions being presented. Everyone is stuck discussing the information the briefers brought to the table, whether it is accurate or not.

Even more uniform, and perhaps most alarming of all, is who’s in the room. The Pentagon’s lack of diversity is jarring. Right now, in the Department of the Navy, the secretary, undersecretary, all three assistant secretaries, the chief and vice chief of Naval Operations, the commandant and assistant commandant of the Marine Corps, the sergeant major of the Marine Corps, the master chief petty officer of the Navy, the chief information officer, and the chief management officer are all white, and all but two of them are male. In my senior-level meetings, roughly 95 percent of the participants were white, 90 percent men. If you believe diversity of experience and perspective improves decisionmaking, this should worry you.