Live Wrong and Prosper: Covid-19 and the Future of Families 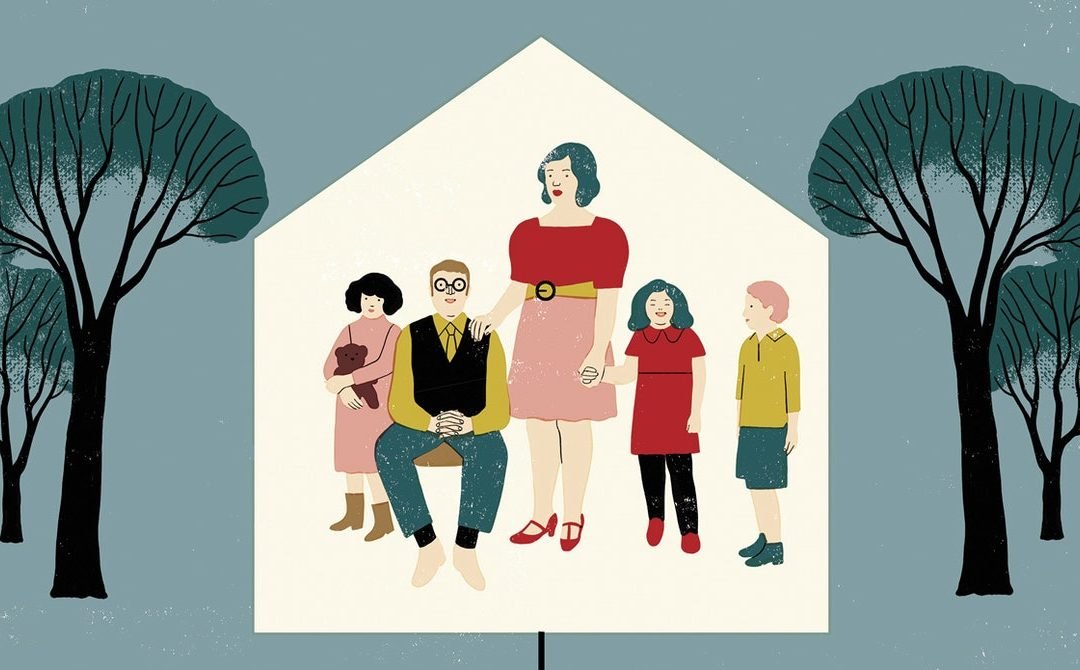 The last commune I lived in, back in London in 2015, was a dilapidated former storage warehouse where, technically, two or three people were supposed to be living as “caretakers.” By the time I moved in, there were seven housemates, all between the ages of 22 and 34. Soon, as more of the downstairs hangar space got built out, there were eight of us, then 10, and usually a couple of extra reprobates crashing on the sofas. We had what so few young people in the capital had: space.

Not much of it, of course, and not fancy. The Victorian plumbing broke down every summer, and sharing a porta-potty with nine people really makes you think about the quality of your decisionmaking, as does playing the interminable game of identifying whose crusty cereal bowl/crusty boyfriend this is. There was a romance to it all, though, and there’s a romance to it now, five years and 5,000 miles away, in quarantine lockdown with three people I barely knew last year.

“There’s no heterosexual explanation for this.” Soon after our quarantine pod made local headlines, a Reddit thread found the story—and hundreds of strangers were suddenly wondering which of us were secretly shagging. This was in no small part because of the photo that accompanied the article, in which my fabulous singer-songwriter housemate draped himself over the rest of us in snazzy boots and a pair of tight shorts that were safe for social distancing but decidedly unsafe for work. “That’s the queerest group of people I’ve ever seen, and I’ve spent a lot of time looking in mirrors,” one redditor wrote. “I don’t think anyone with magenta hair is straight,” said another. I bristled. I’m as surprised as anyone else by my fondness for vanilla hetero sex, but that doesn’t mean I don’t want to have colorful hair and live in a puppy pile of queer weirdos.

Queer people have always formed “alternative families”; it can be easy, especially if you live in a nice liberal part of a nice liberal metropolis, to forget how many young queer people are still abandoned by their families, shoved headfirst and hurting into the deep end of an adult life they’re not prepared for. But in the years since the financial crash, there have been more and more reasons for all sorts of people, queer or otherwise, to form alternative families.

I’m as surprised as anyone else by my fondness for vanilla hetero sex, but that doesn’t mean I don’t want to have colorful hair and live in a puppy pile of queer weirdos.

Wages have plummeted, rents have soared, and many of us have found ourselves living, out of necessity, in a way that would previously have been understood as a “lifestyle choice.” Single mothers are doubling up to form households where they can provide mutual aid and support. Young married couples struggling to afford mortgages are installing rent-paying friends in their spare bedrooms and garages. Adults are moving in with their friends’ parents and grandparents. So-called co-living is a trend in the same way that tiny houses and cheap dates and dodgy home dyes are trends—because millennials are broke. The reason so many of us live with a housemate or two or five or six is not because we’ve collectively decided to tear up our parents’ social norms—or not just that. It’s also an economic necessity.

Then again, so is any family, at any time. The nuclear family, in its brief heyday, was fundamentally an economic strategy, one that made it easier to control the supply of workers and organize childcare and domestic work so that women were doing as much of it as possible for free. This arrangement no longer makes economic or emotional sense—and millennials know it. Almost half of us, after all, grew up with parents who were divorced, or in single-parent households. But the nuclear family remains the only form of family with cultural legitimacy.

Right now, there is a deep longing not simply for other ways of living but for those other ways of living to be acknowledged in culture and supported in society. Yet there’s really only one place where that longing truly plays out: in fiction—and especially in genre fiction, which has greater permission to imagine other worlds beyond the everyday, the expected, the orderly and straight.