Julian Assange: The Real Houseguest of the Ecuadorian Embassy 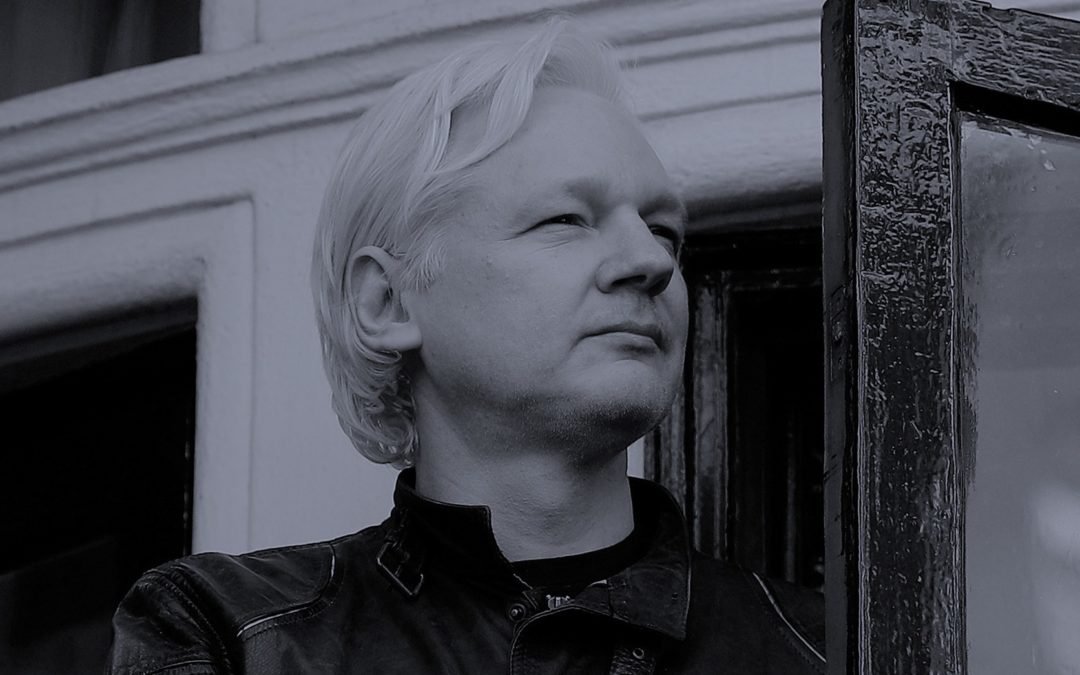 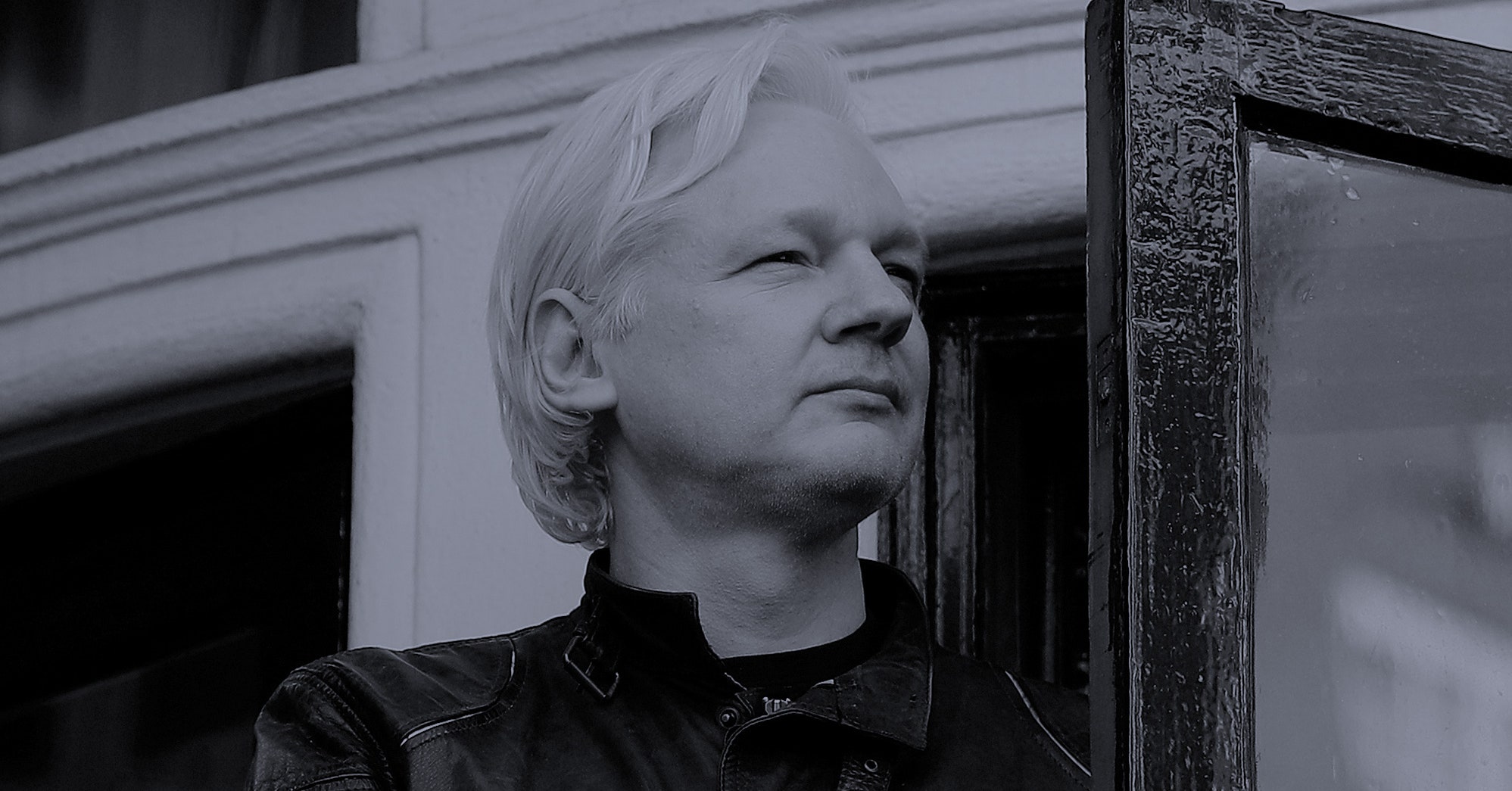 If Julian Assange of WikiLeaks denies the Ecuadorian government’s stinging charge that he’s a disgusting houseguest, he’d do well not to deny that charge “categorically.” As a category, crimes against hospitality are one of Assange’s many fortes.

Assange, of course, has spent the better part of the decade hunkered down in the close quarters of Ecuador’s embassy in London, avoiding extradition to the United States, where he’s wanted on various criminal charges. However, incorrigible rogue that he is, Assange has managed even as an asylee to commit fresh offenses in defiance of a government—this time the Ecuadorian one, which has served as his extravagantly forbearing host since 2012.

It seems the foreign service, which originally granted Assange asylum on the grounds that he was a swashbuckling crusader for government transparency, had had enough of Assange’s neglect of his cat and its litter box. The embassy is also fed up with his indifference to basic hygiene and bathroom cleanliness; his mooching of food and Wi-Fi; his woodwork-damaging indoor-skateboarding habit; and his general Kato Kaelin–style freeloading. Assange’s six-year tenancy at the embassy has cost the government $6 million. So far.

In response, they issued a list of house rules last month. Assange found the rules oppressive, and sued the Ecuadorian government for violating his “fundamental rights and freedoms.” His lawyers argued, of all things, that Assange is being treated inhumanely by his hosts in the embassy; that it’s a privilege to host a mind so great, daring and free; and that such a mind cannot be answerable to litter boxes.

Another bane to the embassy is Assange’s relentless opining on Ecuador in ways that might jeopardize its foreign relations, and his audiences with visitors like activist and onetime Baywatch starlet Pamela Anderson, who, like Assange, has been closely linked to the Kremlin and Russian president Vladimir Putin.

Anderson, who airily denies being romantically involved with either Assange or Putin, told Buzzfeed in July that she brings Assange vegan food and checks on his fitness. “I was worried about his health—his skin was transparent.” She went on: “He’s been in a small room for six years and now he’s being squeezed—his internet’s been taken away, he can’t have visitors, he can’t have phone calls.”

In September, Ecuadorian officials, along with the rest of us, learned that Russian diplomats had considered a scheme to spring Assange from the embassy to get him safely to Russia, where he’d be among friends and safe from extradition. The plan was scotched, but the embassy cannot have been pleased that it was almost humiliated by the slob houseguest they’ve spent years cleaning up after.

The embassy is fed up with his indifference to basic hygiene; his mooching of food and wifi; his woodwork-damaging indoor-skateboarding habit

And as of this week, the distinct possibility has surfaced that during his embassy tenure Assange communicated with Roger Stone, Donald Trump’s consigliere, via magic decoder rings or the internet. According to The New York Times, dirty trickster Stone billed himself to Trump as a conduit to dirty tricks outfit WikiLeaks, and there’s evidence of illicit communication between Stone and the Russia-aligned WikiLeaks. Evidently special prosecutor Robert Mueller has been poking around into the relationship between Roger Stone and WikiLeaks, which of course released thousands of Russian-hacked Democratic Party emails that advantaged Trump in 2016.

Assange says he now fears extradition to the United States, where he believes he will be executed, possibly extrajudicially, possibly for violating the Espionage Act of 1917 by publishing US war logs and diplomatic cables in 2010. Or possibly for conspiring with the Kremlin and Roger Stone to hack American democracy. (Indeed, attorney general Jeff Sessions said last year that arresting Assange is a “priority.”)

What Assange doesn’t seem to fear is insulting his hosts.

That is a fear he has never, ever entertained.

In 2011—one year after Assange made his name releasing the classified logs and cables—a video by comedian Allison Silverman accused him of “systematic crimes against hospitality” (emphasis mine).

As proof, Silverman provided the supposedly true personal testimony of a couple who had once put him up, accompanied by a low-effort reenactment. “Julian Assange: Houseguest” is extremely funny, but it’s also an evidentiary exhibit. Silverman had friends connected to Assange who once, like the Ecuadorian embassy, had a terrible time when he came to stay with them. The video has a lot to teach.

First, unnamed “friends of friends” of Assange—a white couple apparently in their twenties—are shown putting fresh sheets on a full-sized bed and placing a small vase of lilacs on a side table, for an impending guest. “I was OK with it on the condition that he leave after two days,” remembers a sighing young man in what seems to be documentary voice over. “I had guests coming to town who needed the guest bedroom.”

His lawyers argued that Assange is being treated inhumanely; that it’s a privilege to host a mind so great, daring and free; and that such a mind cannot be answerable to litter boxes.

The first visitor turns out to be, of course, Assange, played by a scruffy guy in a silver wig. We’re told Assange was in the habit of couch-surfing during some unspecified years, and “he would take up the whole couch.” The narrator continues: “I would kind of hint with my body language that maybe I wanted to sit down, but he never noticed things like that.”

The WikiLeaks editor scarfed leftover spaghetti from the fridge without asking; brought home a female stranger and sat around with her wearing only a towel; brought rotten fruit into the house; and didn’t respond to friendly questions about his work and sleep habits. Instead, he would produce a wall of words about his “trouble with governments,” adding that information wants, in his view, “to be free.”

A female narrator then remembers that Assange used her laptop during the stay. Presumably to cover his tracks lest he be pursued by governments opposed to freedom, Assange clogged up the young woman’s hard drive with a string of random numbers. “We’re talking 20 gigabytes or something,” she says. The narrator offers, in sum: “He wasn’t the kind of person who was very aware of other people’s needs.”

Poignant, this video—and with an admirable pedigree. The video’s producer Silverman was at one time executive producer and head writer of The Colbert Report and Portlandia. Colbert writers Michael Brumm and Peter Gwinn, and David Rees, who created Get Your War On, star in it. The artwork is credited to Alyson Shotz, who is among America’s greatest contemporary sculptors.

Ecuadorian lawmaker Paola Vintimilla posted a video to Twitter in which she says Assange has “undermined our country more than once and now he has decided to bite the hand that feeds him and sue the Ecuadorian state.”

Now this is adding up. Noble figures like Vintimilla are trying to build a case for why Assange should be thrown out of his favorite rent-free secure London crash pad. For the prosecution, it might be worth showing Assange’s history of taxing the hospitality of hosting hands that feed him. For that, there is—at least—this YouTube video.

If only there were a way to hack, leak, stage, and securely send the video to Vintimilla and the rest of the Ecuadorian authorities. Oh look—shuffles URLs and hacks and leaks at youtube dot com—it’s right here.