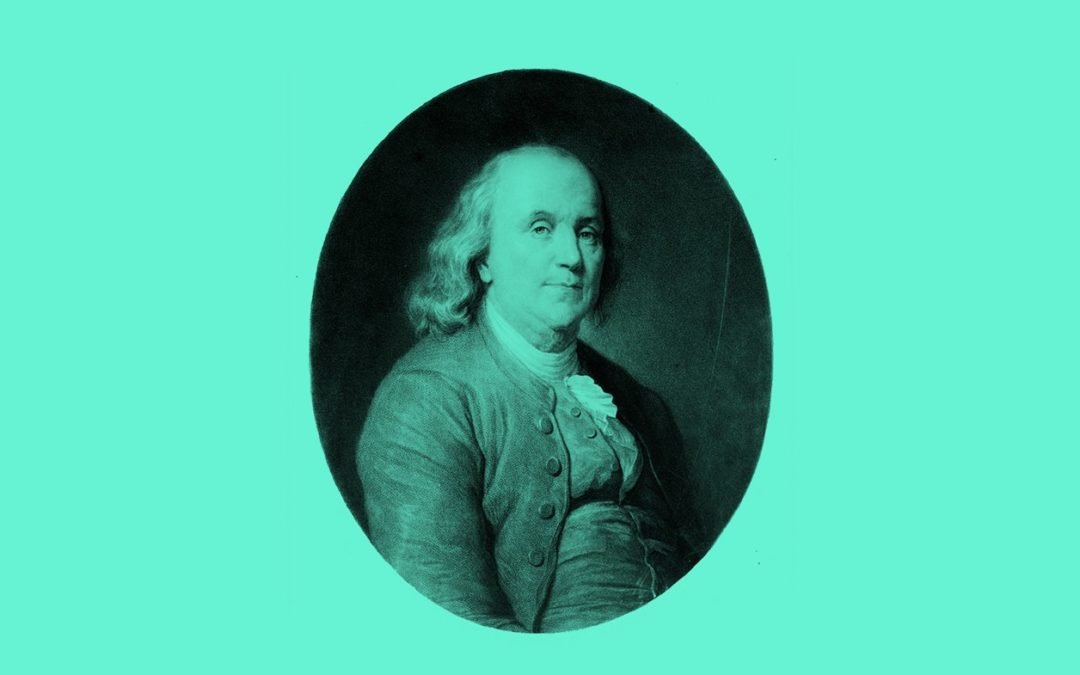 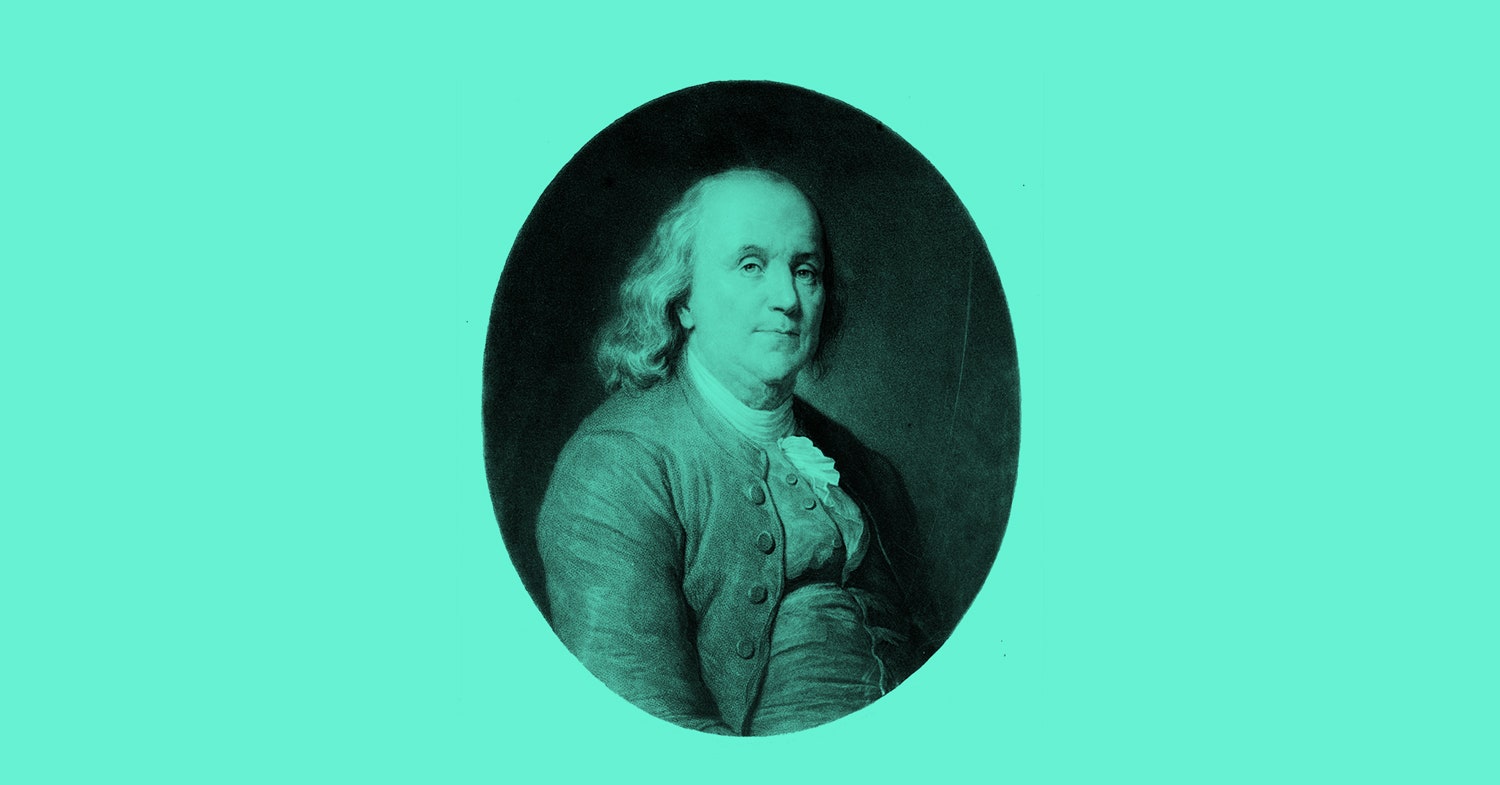 The past few weeks have brought bad news to the hardworking scribes of the news business. Three leading digital outlets—BuzzFeed, the Huffington Post, and Vice—announced layoffs that left many accomplished journalists unemployed. The fingers of blame quickly pointed to the great bogeymen of our media age—Facebook and Google—and warned about a threat to democracy. After all, if the most savvy and avant-garde of the new digital journalists can’t make a living, what hope is there for old-school newspapers? To many, the health of our democracy is inextricably tied to the health of our journalism: If the latter begins to die, the former must immediately follow.

Antonio García Martínez (@antoniogm) is an Ideas contributor for WIRED. Previously he worked on Facebook’s early monetization team, where he headed its targeting efforts. His 2016 memoir, Chaos Monkeys, was a New York Times best seller and NPR Best Book of the Year.

That’s a curious sentiment, because if you were to magically teleport the architects of our democracy—men like Ben Franklin or Samuel Adams (newspapermen, both of them)—to today, they’d find our journalistic ecosystem, with its fact-checked both-sides-ism and claims to “objectivity,” completely unrecognizable. Franklin wrote under at least a dozen pseudonyms, including such gems as Silence Dogood and Alice Addertongue, and pioneered the placement of advertising next to content. Adams (aka Vindex the Avenger, Philo Patriae, et al.) was editor of the rabidly anti-British Boston Gazette and also helped organize the Boston Tea Party, when activists dumped tea into Boston Harbor rather than pay tax on it. Adams duly covered the big event the next day with absolute aplomb. They’d have no notion of journalistic “objectivity,” and would find the entire undertaking futile (and likely unprofitable, but more on that soon).

If, however, you explained Twitter, the blogosphere, and newsy partisan outlets like Daily Kos or National Review to the Founding Fathers, they’d recognize them instantly. A resurrected Franklin wouldn’t have a news job inside The Washington Post; he’d have an anonymous Twitter account with a huge following that he’d use to routinely troll political opponents, or a partisan vehicle built around himself like Ben Shapiro’s Daily Wire, or an occasional columnist gig at a less partisan outlet like Politico, or a popular podcast where he’d shoot the political breeze with other Sons of Liberty, à la Chapo Trap House or Pod Save America. “Journalism dying, you say?” Ben Franklin v 2.0 might say. “It’s absolutely blooming, as it was in my day.”

What is dying, perhaps, is that flavor of “objective” journalism that purports to record an unbiased account of world events. We take journalistic objectivity to be as natural and immutable as the stars, but it’s a relatively short-lived artifact of 20th-century America. Even now it’s foreign to Europeans—cities such as London cultivate a rowdy passel of partisan scribblers who don’t even pretend there’s an impregnable wall between reportage and opinion. The US was much the same until the late 19th and early 20th century. Until 1900 or so, most newspapers were overtly political, and a name like The Press Democrat meant Democrat with a big D. Advertising was a minor concern, as party leaders encouraged members to subscribe to their local party organ, obviating the need for anything more than classifieds.

A National Market for Ads

The bigger switch happened as a national market for consumer goods opened after the Civil War, when purveyors like department stores wanted to reach large urban audiences. Newspapers responded by increasing the number of ads relative to content, and switched to models that went light on the political partisanship in the interest of expanding circulation. This move was driven not exclusively by lofty ideals but also by mercenary greed. And it worked. Newspapers used to make lots of money. Mountains of money. As late as the 1980s and ’90s, many papers had margins exceeding 30 percent, greater than Google’s margins now. Media might now be a sick man, but it wasn’t always so, and needn’t be so.

Jill Abramson, former executive editor of The New York Times, offers a peek into this collision between the legacy grandeur (and profitability) of journalism and the current zeitgeist in her memoir Merchants of Truth (which faces claims of errors and plagiarism). In one scene, the Times’ CEO asks Abramson to cook up new revenue ideas, to which she indignantly responds, “If that’s what you expect, you have the wrong executive editor.” Our reborn Founding Father journalist would find this disconnect between editorial and business absolutely inconceivable. Franklin knew very well on what side his journalistic toast was buttered, and would have leapt at any new monetization ideas.

Abramson also displays her old-guard credentials in her attitude toward her younger colleagues. She chides journalists at outlets like Vice and BuzzFeed for overtly taking partisan sides in their public Twitter personas, diminishing the decorum of supposedly disinterested journalists.

As Abramson concedes, Trump has been a boon for digital subscriptions at outlets like the Times and The Washington Post. Last week, the Times reported a record $708 million in digital revenue for 2018, helped by a 27 percent jump in subscriptions. It’s heartwarming to think the American public rallied to support abstract principles like the free press by subscribing to the Times. In reality, they forked over their hard-earned money because they wanted to see a highly unpopular president roasted endlessly, and they got what they wanted.

Let’s face it: We live in a Rashomon reality in which every event is instantly captured from a dozen angles and given at least as many interpretations, whether it’s a Supreme Court confirmation hearing or a video of Catholic school kids at a march. The thought that one media outfit will produce what’s taken as God’s gospel truth, under the demands of today’s light-speed media cycle and subject to the vigilante fact-checking of Twitter, seems a bit quaint. By now the savvy media consumer knows to wait 24 hours before making any conclusion about a scoop, to cross-check at least a handful of sources and two dozen Twitter accounts for takes across the political spectrum. “Objectivity” is an atavism from the days of studiously inoffensive and circulation-expanding reportage lavishly supported by unquestioning advertiser budgets. That’s all gone now. And it’s not clear that this studious “objectivity” more closely approximates the truth. Iraq and the WMDs? Madame President? Those were headlines produced under rigorously “objective” (and wrong) coverage, while those who got it right—and there were some—spoke from less regimented perches.

Journalists pining for a return to their golden age of advertising-supported journalism are disturbingly similar to aged Midwestern factory workers seeking a return to the time when high-school-educated labor could afford middle-class lives with total job security. Both golden ages resulted from a unique set of economic and political circumstances that are now gone and impossible to reproduce. Those who claim democracy requires the precise flavor of journalism we’ve known for a century or so will have to explain how our republic survived the century preceding.

While the tone of journalism might be headed back to the 19th century, clearly the business models are not. Revenue-wise, the Great 21st Century Journalism Shakeout will likely end with smaller organizations inventing new business models that those villains—the internet and social media—enabled. Technology outlets such as TechCrunch and Recode pioneered expensive (and expensable) conferences. Gimlet Media, just acquired by Spotify for a reported $200 million, produces high-quality journalistic podcasts, pitching them as shows to Netflix and Hollywood, while selling ads. Gear review sites like Wirecutter (which The New York Times acquired in 2016) make substantial revenue via affiliate marketing, taking a cut of sales they drive on ecommerce sites. Books, those antique vestiges of a preinternet age, still command large advances, and audiobook sales at most publishers are growing at a healthy pace. (As a personal anecdote, I have five times the number of reviews on Audible as I do on Amazon: I’m theoretically an author, but I have more listeners than I do readers.)

For larger, especially national, organizations, the money machine will be a portfolio of all of the above, and probably others. (The solutions for local journalism are less obvious, as services like NextDoor or Facebook Groups threaten local journalism’s claim on the neighborhood scuttlebutt.) The luckiest will be kept alive by wealthy largesse, ironically much of it from the technology world—Laurene Powell Jobs at The Atlantic or Jeff Bezos at The Washington Post. Neither democracy nor journalism will die. In fact, I suspect we’re about to have way more of both than we’ve had in a while. The path to the next golden age in American journalism isn’t nostalgia for a vanishing past but the same way that led to the previous golden age, namely, that of profit. More than likely, given the new business models, this will mean some partiality from journalism as well. That’s just fine too. It’s what Ben Franklin would have done.