In Praise of Unglamorous American Invention 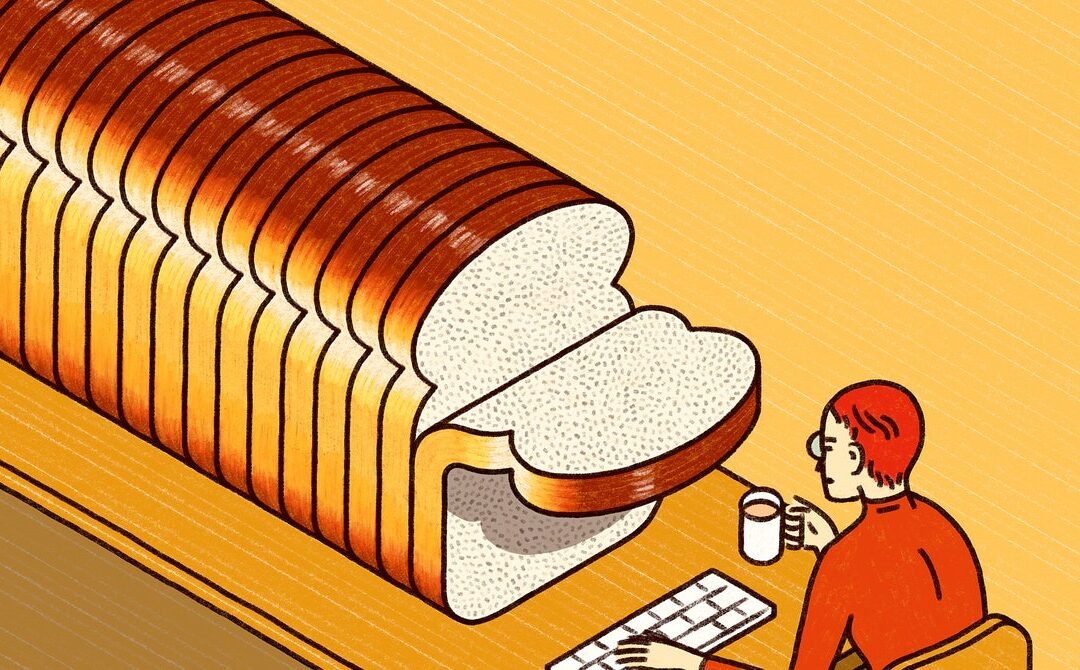 Glue is not generally top-of-mind for me, which is why when my partner, Richard, presented me with a beautiful cutting board he’d made—hard Eastern maple, shot through with swerving purple veins of African padauk—I thought trees must just grow in extremely intricate ways I’d never noticed. Only when I heard him and his fellow woodworkers talk about “glue-ups” did I realize that a fierce adhesive was involved in blending woods, and the wonders of this substance are sorely diminished when we call it by the name best used for Elmer’s.

Wood glue has—again with little fanfare—turned extraterrestrial. There are names attached to radicalism in adhesives: Mildred Bonney and Langdon T. Williams, the couple that founded the adhesive company Franklin International in 1935 in Columbus, Ohio, which released its flagship product, Titebond, in 1955. Titebond is a polyvinyl acetate (PVA) glue. It swells the fibers of wood pieces, so they intertwine; as the glue dries, the fibers shrink to their normal size, but they’re now so entangled that the bond is virtually unbreakable.

While some luthiers still use animal glue when they build stringed instruments—yes, the kind rendered from animal hides—most woodworkers have switched to PVA, and especially Titebond, and especially (for projects that need it) Titebond III, which inspires arias of awe all over the woodworking internet, as it bills itself as fully waterproof, though admittedly some pundits have doubts. It also has a vast “open time,” meaning it stays gluey and doesn’t dry even if you dither over how to arrange your wood for a full 10 minutes. Titebond II gives you a mere five.

But the real breakthrough with all the Titebonds is, of course, the bond. How much cleavage, compression, flexure, impact, tension, or shear is required to break the plane of a Titebond bond? This is measured in pounds per square inch, and Titebond III takes up to 4,000 lbs to break. Two freaking tons. Hardwood will break before this glue.

From glue to eyelashes. And though old-fashioned false eyelashes do require glue, it’s far weaker than Titebond—and that’s enough thinking about hard-sealed eyelids. What’s new in eyelashes is a synthetic prostaglandin analog called bimatoprost. (A synthetic prostaglandin analog is also the active ingredient in misoprostol, one of the pills approved for self-managed abortions.) Where chemical engineers can spell out how ultrasonic machines and PVA glue work, bimatoprost is a happy accident, and something of a mystery. Essentially, ophthalmologic researchers were working to reduce pressure in the eyes of glaucoma patients, and they discovered that bimatoprost relaxes the ciliary—the anxious muscle in the eye that chronically contracts when we read on our smartphones—which caused the outflow of aqueous fluid inside the eye. They were surprised to find that this movement of plasma-like fluid also served as Miracle-Gro for eyelashes.

As the invention of technology that can grow human hair seems to be the highest aspiration of humankind, this was a thrill. “Hypotrichosis,” or what the National Institutes of Health calls “an inadequate amount of eyelashes,” is the disorder bimatoprost treats, which can be seen in people with alopecia, but of course the compound has more vain applications. Excitingly, bimatoprost could even trigger hypertrichosis—excessive eyelash growth, the generation of a lush, abundant fringe over the eye that obviates the need for the thickening paint of mascara. “These hairs,” purrs the NIH study, “had a more robust appearance, were longer, thicker, and more heavily pigmented, and arose at a more acute angle from the skin than in the control eye.” The only catch? Hypertrichosis caused by bimatoprost sometimes comes with “irregular pattern of lash curling.” OH HELL NO.