I Embraced Screen Time With My Daughter—and I Love It 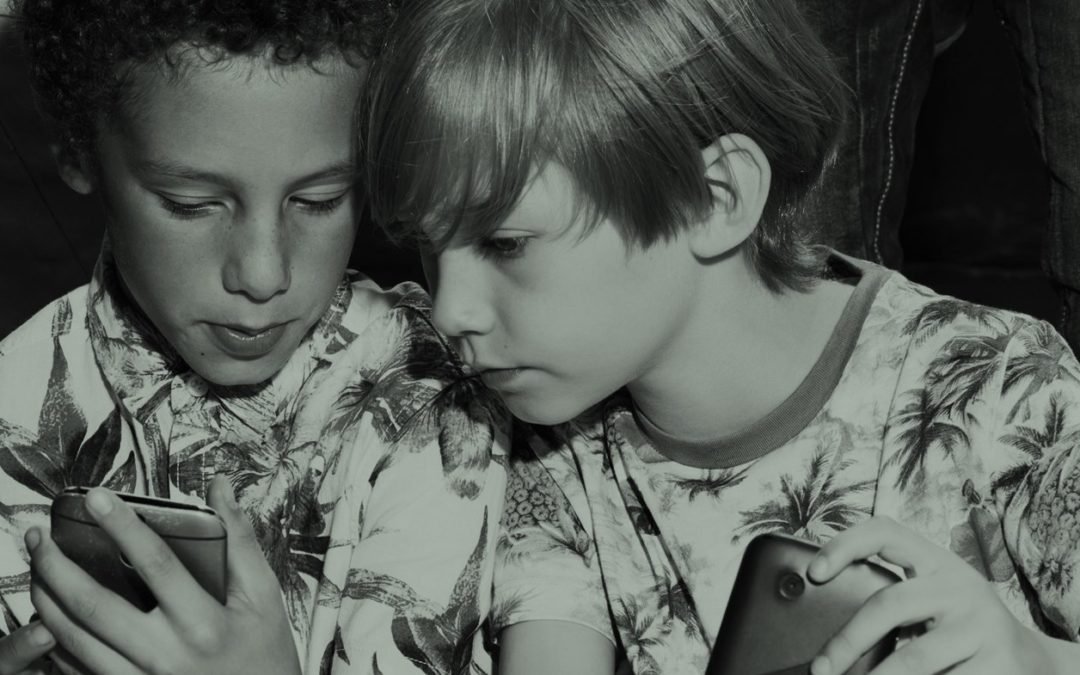 Like most parents of young children, I’ve found that determining how best to guide my almost 2-year-old daughter’s relationship with technology—especially YouTube and mobile devices—is a challenge. And I’m not alone: One 2018 survey of parents found that overuse of digital devices has become the number one parenting concern in the United States.

Empirically grounded, rigorously researched advice is hard to come by. So perhaps it’s not surprising that I’ve noticed a puzzling trend in my friends who provide me with unsolicited parenting advice. In general, my most liberal and tech-savvy friends exercise the most control and are weirdly technophobic when it comes to their children’s screen time. What’s most striking to me is how many of their opinions about children and technology are not representative of the broader consensus of research, but seem to be based on fearmongering books, media articles, and TED talks that amplify and focus on only the especially troubling outcomes of too much screen time.

I often turn to my sister, Mimi Ito, for advice on these issues. She has raised two well-adjusted kids and directs the Connected Learning Lab at UC Irvine, where researchers conduct extensive research on children and technology. Her opinion is that “most tech-privileged parents should be less concerned with controlling their kids’ tech use and more about being connected to their digital lives.” Mimi is glad that the American Association of Pediatrics (AAP) dropped its famous 2×2 rule—no screens for the first two years, and no more than two hours a day until a child hits 18. She argues that this rule fed into stigma and parent-shaming around screen time at the expense of what she calls “connected parenting”—guiding and engaging in kids’ digital interests.

One example of my attempt at connected parenting is watching YouTube together with Kio, singing along with Elmo as Kio shows off the new dance moves she’s learned. Everyday, Kio has more new videos and favorite characters that she is excited to share when I come home, and the songs and activities follow us into our ritual of goofing off in bed as a family before she goes to sleep. Her grandmother in Japan is usually part of this ritual in a surreal situation where she is participating via FaceTime on my wife’s iPhone, watching Kio watching videos and singing along and cheering her on. I can’t imagine depriving us of these ways of connecting with her.

The (Unfounded) War on Screens

The anti-screen narrative can sometimes read like the War on Drugs. Perhaps the best example is Glow Kids, in which Nicholas Kardaras tells us that screens deliver a dopamine rush rather like sex. He calls screens “digital heroin” and uses the term “addiction” when referring to children unable to self-regulate their time online.

More sober (and less breathlessly alarmist) assessments by child psychologists and data analysts offer a more balanced view of the impact of technology on our kids. Psychologist and baby observer Alison Gopnik, for instance, notes: “There are plenty of mindless things that you could be doing on a screen. But there are also interactive, exploratory things that you could be doing.” Gopnik highlights how feeling good about digital connections is a normal part of psychology and child development. “If your friends give you a like, well, it would be bad if you didn’t produce dopamine,” she says.

Other research has found that the impact of screens on kids is relatively small, and even the conservative AAP says that cases of children who have trouble regulating their screen time are not the norm, representing just 4 percent to 8.5 percent of US children. This year, Andrew Przybylski and Amy Orben conducted a rigorous analysis of data on more than 350,000 adolescents and found a nearly negligible effect on psychological well-being at the aggregate level.

In their research on digital parenting, Sonia Livingstone and Alicia Blum-Ross found widespread concern among parents about screen time. They posit, however, that “screen time” is an unhelpful catchall term and recommend that parents focus instead on quality and joint engagement rather than just quantity. The Connected Learning Lab’s Candice Odgers, a professor of psychological sciences, reviewed the research on adolescents and devices and found as many positive as negative effects. She points to the consequences of unbalanced attention on the negative ones. “The real threat isn’t smartphones. It’s this campaign of misinformation and the generation of fear among parents and educators.”

We need to immediately begin rigorous, longitudinal studies on the effects of devices and the underlying algorithms that guide their interfaces and their interactions with and recommendations for children. Then we can make evidence-based decisions about how these systems should be designed, optimized for, and deployed among children, and not put all the burden on parents to do the monitoring and regulation.

My guess is that for most kids, this issue of screen time is statistically insignificant in the context of all the other issues we face as parents—education, health, day care—and for those outside my elite tech circles even more so. Parents like me, and other tech leaders profiled in a recent New York Times series about tech elites keeping their kids off devices, can afford to hire nannies to keep their kids off screens. Our kids are the least likely to suffer the harms of excessive screen time. We are also the ones least qualified to be judgmental about other families who may need to rely on screens in different ways. We should be creating technology that makes screen entertainment healthier and fun for all families, especially those who don’t have nannies.

I’m not ignoring the kids and families for whom digital devices are a real problem, but I believe that even in those cases, focusing on relationships may be more important than focusing on controlling access to screens.

One metaphor for screen time that my sister uses is sugar. We know sugar is generally bad for you and has many side effects and can be addictive to kids. However, the occasional bonding ritual over milk and cookies might have more benefit to a family than an outright ban on sugar. Bans can also backfire, fueling binges and shame as well as mistrust and secrecy between parents and kids.

When parents allow kids to use computers, they often use spying tools, and many teens feel parental surveillance is invasive to their privacy. One study showed that using screen time to punish or reward behavior actually increased net screen time use by kids. Another study by Common Sense Media shows what seems intuitively obvious: Parents use screens as much as kids. Kids model their parents—and have a laserlike focus on parental hypocrisy.

In Alone Together, Sherry Turkle describes the fracturing of family cohesion because of the attention that devices get and how this has disintegrated family interaction. While I agree that there are situations where devices are a distraction—I often declare “laptops closed” in class, and I feel that texting during dinner is generally rude—I do not feel that iPhones necessarily draw families apart.

In the days before the proliferation of screens, I ran away from kindergarten every day until they kicked me out. I missed more classes than any other student in my high school and barely managed to graduate. I also started more extracurricular clubs in high school than any other student. My mother actively supported my inability to follow rules and my obsessive tendency to pursue my interests and hobbies over those things I was supposed to do. In the process, she fostered a highly supportive trust relationship that allowed me to learn through failure and sometimes get lost without feeling abandoned or ashamed.

It turns out my mother intuitively knew that it’s more important to stay grounded in the fundamentals of positive parenting. “Research consistently finds that children benefit from parents who are sensitive, responsive, affectionate, consistent, and communicative” says education professor Stephanie Reich, another member of the Connected Learning Lab who specializes in parenting, media, and early childhood. One study shows measurable cognitive benefits from warm and less restrictive parenting.

When I watch my little girl learning dance moves from every earworm video that YouTube serves up, I imagine my mother looking at me while I spent every waking hour playing games online, which was my pathway to developing my global network of colleagues and exploring the internet and its potential early on. I wonder what wonderful as well as awful things will have happened by the time my daughter is my age, and I hope a good relationship with screens and the world beyond them can prepare her for this future.