Hydroxychloroquine Is Toast. Now Say Hi to Its ‘Dirty’ Cousin 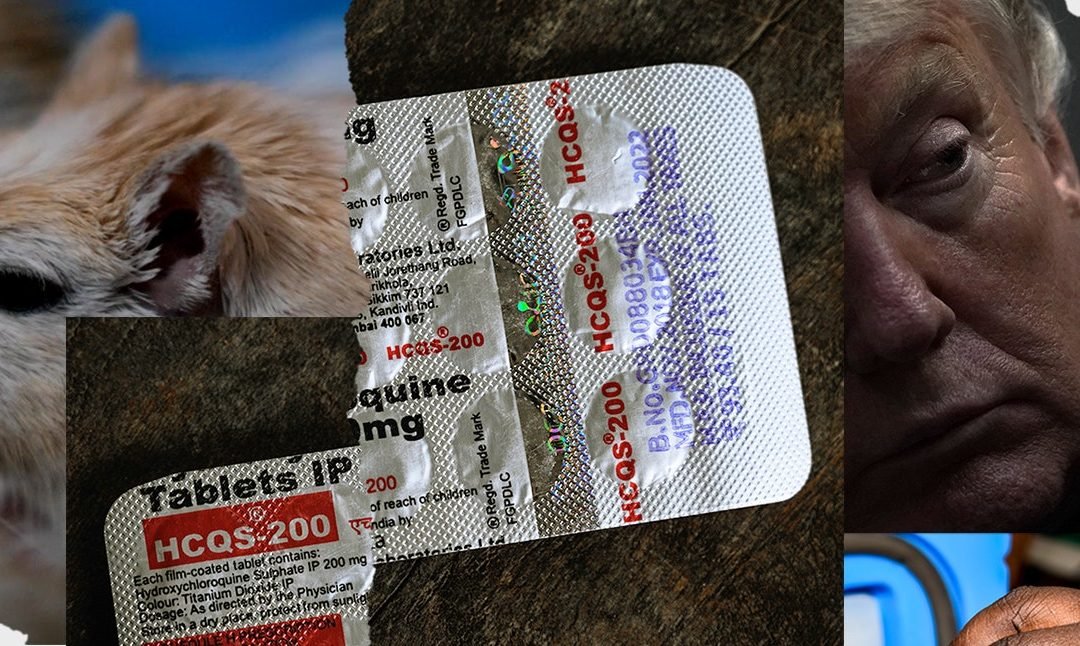 The first time tenOever and his collaborators gave the drug to hamsters in his lab, in early June, it offered considerable protection against the virus that causes Covid-19. “We thought, ‘Oh, OK, that was weird. Let’s do it again,’” tenOever says. They kept repeating it and seeing good results. Then the research team, which includes Donald Ingber of the Wyss Institute in Boston, showed that, in human lung cells, the drug reduces levels of a harmless virus engineered to carry the same spike protein as the pandemic one. “It works beautifully,” tenOever says.

Others are not as convinced by the results. “The surrogate virus is not the same,” says Vincent Racaniello, a microbiologist at Columbia University in New York, referring to the human-lung-cell tests. Racaniello points to design limitations of the study such as this and says evidence is currently insufficient to warrant testing of amodiaquine in humans.

Notably, when other researchers have run hamster and human-lung-cell tests using hydroxychloroquine or chloroquine, they came up empty. Just to make sure, tenOever and his collaborators also ran a direct, head-to-head comparison of amodiaquine and hydroxychloroquine in hamsters, with a common control group. Amodiaquine reduced the amount of viral material. Hydroxycholorquine didn’t. (The experiment did not measure differences in live virus.)

“Some of these chemical entities, just the positioning of maybe one molecule or something can completely change how the drug reacts and how resistance develops.”

Sunil Parikh, a malaria researcher at the Yale School of Public Health who is part of a separate group running lab tests of amodiaquine against Covid-19, notes that the hamsters in the new study were all given the drug one day before exposure to the pandemic virus. As a result, there’s no way to know what might happen when the medicine is given to an animal that’s already sick. “The hamster model results are impressive for demonstrating potential prophylactic activity but doesn’t help to show any potential for treatment,” Parikh says.

The results of the new study intrigue Isaac Bogoch, a Toronto General Hospital Research Institute clinical investigator, who specializes in infectious diseases. “I think it’s totally interesting,” he says. “But if the result of this is people hoarding amodiaquine and self-medicating with this and having doctors claim that they’ve found a cure, obviously that’s the wrong answer, and we’ve sort of been there and done that already.”

The hydroxychloroquine debacle underscores the profound dangers of hyping a drug in the absence of clinical trial data—not just for the people who might receive a useless drug with possible side effects, but for anyone who needs that drug for other reasons. As the US government bought up stores of hydroxychloroquine for use in the pandemic, and the number of prescriptions for it went through the roof as rumors spread about its potential use in the pandemic, patients who had been relying on it for years to treat ailments like lupus started running short. (This past spring, one in three lupus patients said they had difficulty obtaining their pills.) With amodiaquine, the same stockpiling behavior could be even more disastrous. It’s used in the second-most common combination treatment for malaria, a disease that claims the lives of almost half a million people every year, the majority of whom are children in Africa under the age of five.

“Everyone should be holding their breath.”

“If we have a situation with amodiaquine like we had with hydroxychloroquine stockpiling then it’s going to have a huge effect on countries to have the required treatments for malaria, and potentially have a huge impact in increasing malaria mortality,” says Peter Olumese, a medical officer at the World Health Organization’s Global Malaria Programme. Amodiaquine is also given to healthy children in order to prevent malaria infection during the rainy season in countries such as Nigeria and Chad. In these situations, the drug is usually given for three days per month. Last year, 20 million children received the drug.

There’s one more complication in the fact that amodiaquine is not currently available in the US. Research in the 1980s documented liver damage among chronic users for malaria prevention; and there were also signs that when it accumulates at high doses, the drug can cause heart rhythm abnormalities. Parikh says that complicates any potential use of amodiaquine as a preventative drug against Covid-19. “Prophylactic trials are quite challenging, and when amodiaquine was used as a prophylactic in travelers in the West, it was pulled for toxicity,” he says.