Hackers, Mason Jars, and the Science of DIY Shrooms 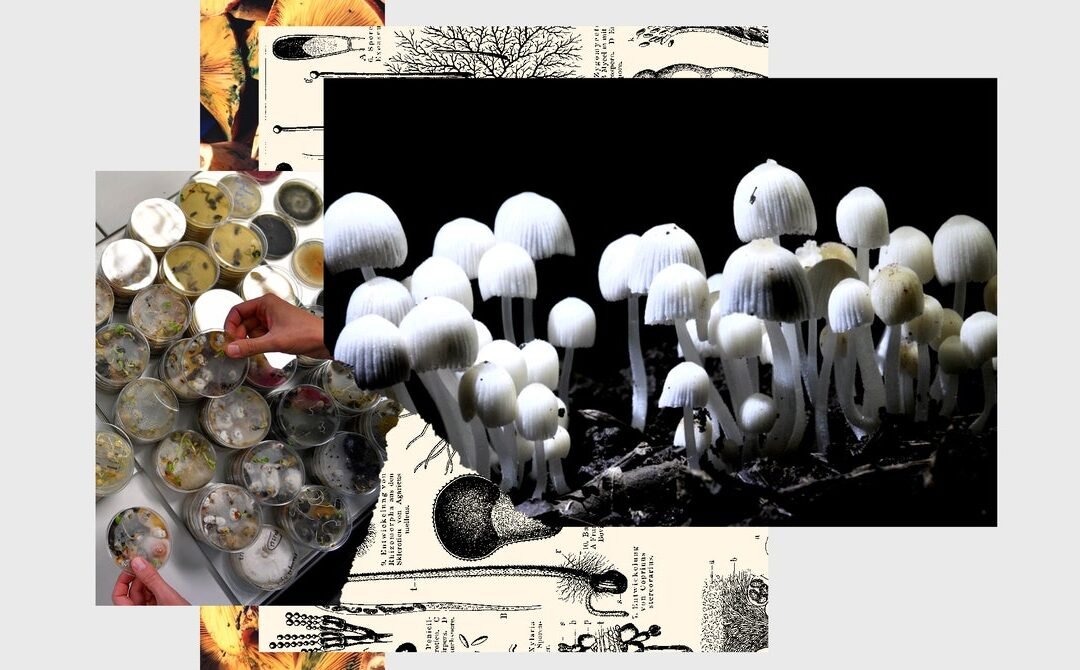 The overarching focus of these manuals was how to avoid contamination. Although mushrooms are often associated with dirt and rot, they require a sterile environment for cultivation. In the wild, a single mushroom can drop between one to thirty billion spores per day, but faced with countless microbial competitors and widely varying environments, very few of these spores actually germinate. When they do, they grow into individual threads of mycelium, which then explore their environment, mate, and form an enmeshed network. Eventually they produce fruit bodies (mushrooms) and start the process over again. But the cultivator is working with only a tiny fraction of this living material, so the goal is to eliminate the random chance involved. Instead of launching trillions of spores, cultivators get rid of the competition: They sterilize a fine-tuned growing environment and then introduce the spores they want to grow. The problem is that microbial contaminants are everywhere—they live on our skin and eyelashes, nestle in the folds of our clothing, and float through the air on dust particles. Every interaction over the open vessel risks contamination. One wrong move and the batch is bad.

Taken altogether, these practices are called “sterile technique”—the bane and the pride of every serious mushroom cultivator. Good sterile technique can mean the difference between a pound of fresh mushrooms and jars full of green mold. Specialized tools can help, but they’re generally expensive and bulky.

By the early 1990s, although the craft of cultivation was no longer hidden knowledge, it was still a precarious and painstaking process. The instinct to radically simplify methods germinated among experimental minds. Like most people, Robert McPhearson, a middle-aged jazz musician, had mixed luck with the standard method of inoculation. So he tried injecting the spores as a liquid solution through small holes punched into the Mason jar lid that were sealed with masking tape. He also experimented with materials to better protect the substrate from airborne contaminants.When it came time to fruit, he simply transferred the now brick-like myceliated grain to a larger Mason jar (but a big glass bowl would do just as well). Whether through luck or intuition, his tweaks yielded abundant fruit bodies.

And then came his greatest innovation: selling the spore syringes by mail, bundled with instructions for his newfangled technique. Psilocybin is illegal to possess, but the spores of Psilocybe cubensis don’t technically contain it, a tiny legal loophole through which a cottage industry of mail-order spore syringes wormed its way and sprouted. Now the would-be cultivator only needed the spore syringe, a Mason jar, some kitchenware, and the ability to follow directions. McPhearson called the method the PF Tek. (PF because he called himself Psylocybe Fanaticus, and Tek short for “technique.”) Beginning in 1991, the PF Tek found slow-burn success from ads in the back of High Times. (“FAIL PROOF Psylocybe cubensis spore injecting culture kits. One quart of pure cultures guaranteed. Fruitable!”) As the internet grew, instructions found their way online and it quickly became the new standard for growing cubensis.

Just as mushroom cultivation was finding new audiences, the rise of online forums began transforming the practice. In 1997, a 15-year-old named Ythan Bernstein built Shroomery.net over his summer break. The website was modeled on lycaeum.org and erowid.org, two pioneering online forums for resources on psychedelics. Sections multiplied; numerous subthreads were born. Before long, Shroomery had an amiable rival in Mycotopia.net. Once a strange and solitary hobby, cultivators and mycological enthusiasts could now trade stories and tips online. They formed a community of fellow mycophiles with their own slang and internal debates. They troubleshot their cultivation fails and gave feedback and advice. Today, the site is a rabbit warren of layered conversations and a treasury of practical know-how. The tone is typical: a mix of nerdy zeal, wry jokes, homemade animated gifs, fraternal competitiveness, and mutual support. The site has produced its own homegrown masters: Hippie3, Roger Rabbit, Alan Rockefeller, to name a few. Collectively, these forums have generated some of home cultivation best practices. The “airport lid,” a lo-tech modification of the Mason jar that was first introduced by Hippie3 in 2005, is one of the most well-known. This innovation, which uses a tuff of Poly-Fil and a dab of RTV silicone rubber, was quickly adopted, modified, and refined by users on Shroomery and Mycotopia and is now taught widely as an easy and reliable way to avoid contamination.