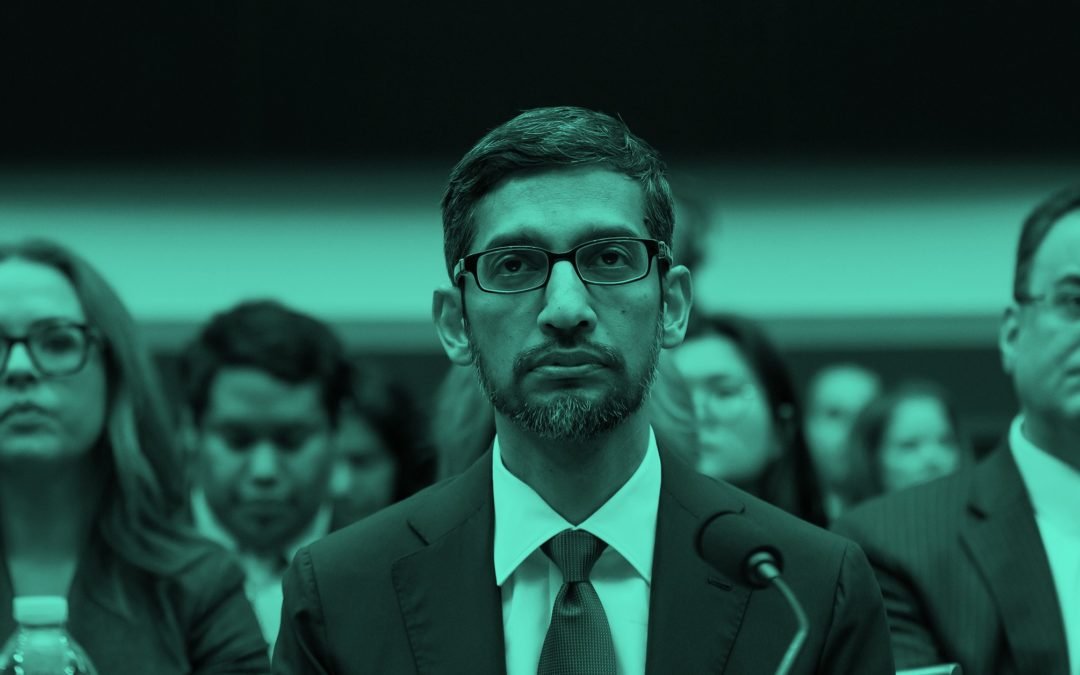 Representative Ted Lieu couldn’t contain himself after hearing his colleagues in Congress whinge to Google CEO Sundar Pichai about how the search engine was biased against conservatives.

At any hearing involving a congressional committee and a Silicon Valley executive, it’s assumed that there will be clueless representatives baffled by something as technologically complex as the Caps Lock key. And at Tuesday’s questioning of Pichai by the House Judiciary Committee, a string of Republicans hit their cues, insisting that the negative results from a Google search of their names or favored legislation must have been personally typed out by vengeful programmers in far-left California.

Pichai patiently explained what an algorithm was and how Google’s algorithm had no reason to offend Republicans. It sought the best results by looking at more than 200 signals, the executive told members of Congress, “things like relevance, freshness, popularity, how other people are using it.” Even if programmers were angry at Republicans, the process was so complicated that they would never be able to train the algorithm to carry out their ideological whims. (Politicians, what a bunch a dolts!)

Certainly Lieu was right to suspect that the Republicans were driven to complain by a mix of vanity and allegiance to Fox News, but that doesn’t mean it’s wrong to question Google search results. Representative Zoe Lofgren, a Democrat who represents Silicon Valley, moved the conversation from personal grievances to societal ones by adopting the perspective of a political foe. Why, she asked, did she get photo after photo of Donald Trump after an image search of “idiot”?

“I just did it,” she assured Pichai at the hearing, in case he suspected that she was repeating some ancient anecdote. “How does search work for that to occur?”

With his detailed accounting of how the Google algorithm operates, Pichai answered her question—undoubtedly, the term “idiot” these days is linked to Trump more closely than anything else online, and the search results dutifully reflect that. But there were further questions lingering, like why should someone making that peculiar, open-ended search be immediately led to divisive politics?

This is why the conversation about fanciful anticonservative bias was actually quite on point. It’s on point not because Google is an ideological warrior, but because the company is playing with fire when it answers political questions via algorithm.

The PageRank algorithm that first gave Google its power was a brilliant breakthrough that made the hurly-burly internet sensible. The eureka moment was to recognize that beneath the chaos of web pages was a hidden order, which could be extracted from the billions of links between pages and the descriptions of those links. PageRank harnesses all that detailed work done by people every time they post something online to answer a new query. It turns out that a computer is better than a huge team of professionals at assessing what is most relevant and reliable on the Web. Much cheaper too, when your audience is around a billion people.

Everything was fine until Google felt compelled to grow and apply its magic formula to politics and news. In those areas, its algorithm worked in reverse. Instead of finding order beneath the chaos, it sowed chaos where there had been a modicum of order.

Perhaps the misunderstanding began in good faith. A technocrat may see little difference between politics and public policy—rife with controversy and personal perspectives—and less fraught areas where Google thrives, like store hours, shortest distances between locations, historical facts, the words inside a book. During his opening statement, Pichai described the big idea behind Google quite simply: “to provide users with access to the world’s information.”

The broadest definition of information would include everything online, including conspiracy theories, mockery, political vitriol. After all, someone took the time to show President Donald Trump in a dunce’s cap, to imagine that a team of actors faked a school shooting, or to promote a racist meme. When you peruse any of that, information is exchanged, I suppose. But I think we can agree that this kind of content isn’t very informative.

Unfortunately for a company like Google, politics and public policy are best communicated between people—not because people are less manipulative and misleading than an algorithm, but because people can adjust, respond, change the subject. You can walk away from screaming zealots. Google, however, is quite difficult to walk away from both because it’s everywhere and because it is trying so damn hard to keep you engaged. Engagement is central to Google’s bottom line, and the company certainly isn’t the first to discover that screaming and vitriol keep an audience’s attention.

This is why we have entire professions—journalism and library science come to mind—whose ideal is to inform accurately. For all its flaws and market pressures, traditional journalism doesn’t traffic in conspiracy theories because they aren’t true. A librarian, similarly, wouldn’t simply recommend the book a person is most likely to finish, if that meant stoking a reader’s rage. The goal is to inform the public in the truest sense of that term, not produce the most short-term foot traffic to the local branch.

I’m reminded of the powerful example of Google-led misinformation explored by Safiya U. Noble in her book, Algorithms of Oppression: How Search Engines Reinforce Racism, and that is Dylann Roof. Before Roof killed nine African American worshippers at Emanuel AME Church in Charleston, S.C., he says he was “awakened” by the Trayvon Martin shooting. In his manifesto, he recalls typing “black on white crime” into the Google search field. “The first website I came to,” he writes, “was the Council of Conservative Citizens. There were pages upon pages of these brutal black on white murders. I was in disbelief. At this moment I realized that something was very wrong.”

I can’t help replaying that moment, with one swap: Imagine that Roof walked into a public library and asked for information on “black on white crime.” To start, he would be interacting with a person, maybe even a black person. There would be a range of material for Roof to consider, not just propaganda from an organization like the CCC, which the Southern Poverty Law Center describes as “unrepentantly racist.” Probably there would be a conversation about why Roof was interested in this particular topic. Maybe the librarian would see if he was upset about something else and try to get him help. It would be the human thing to do.