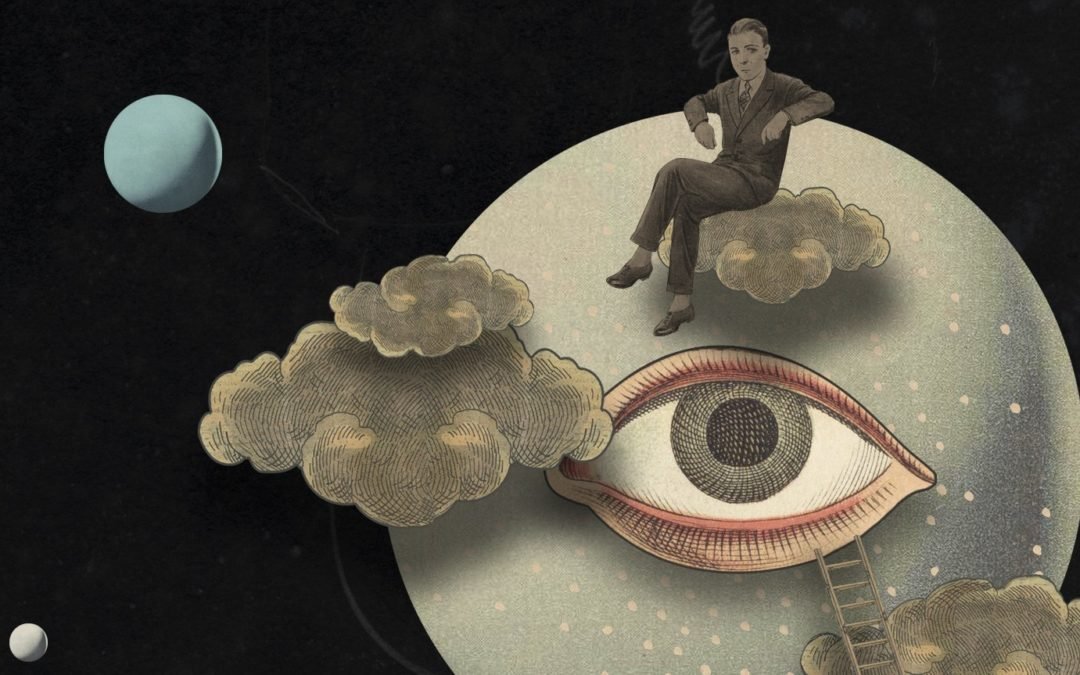 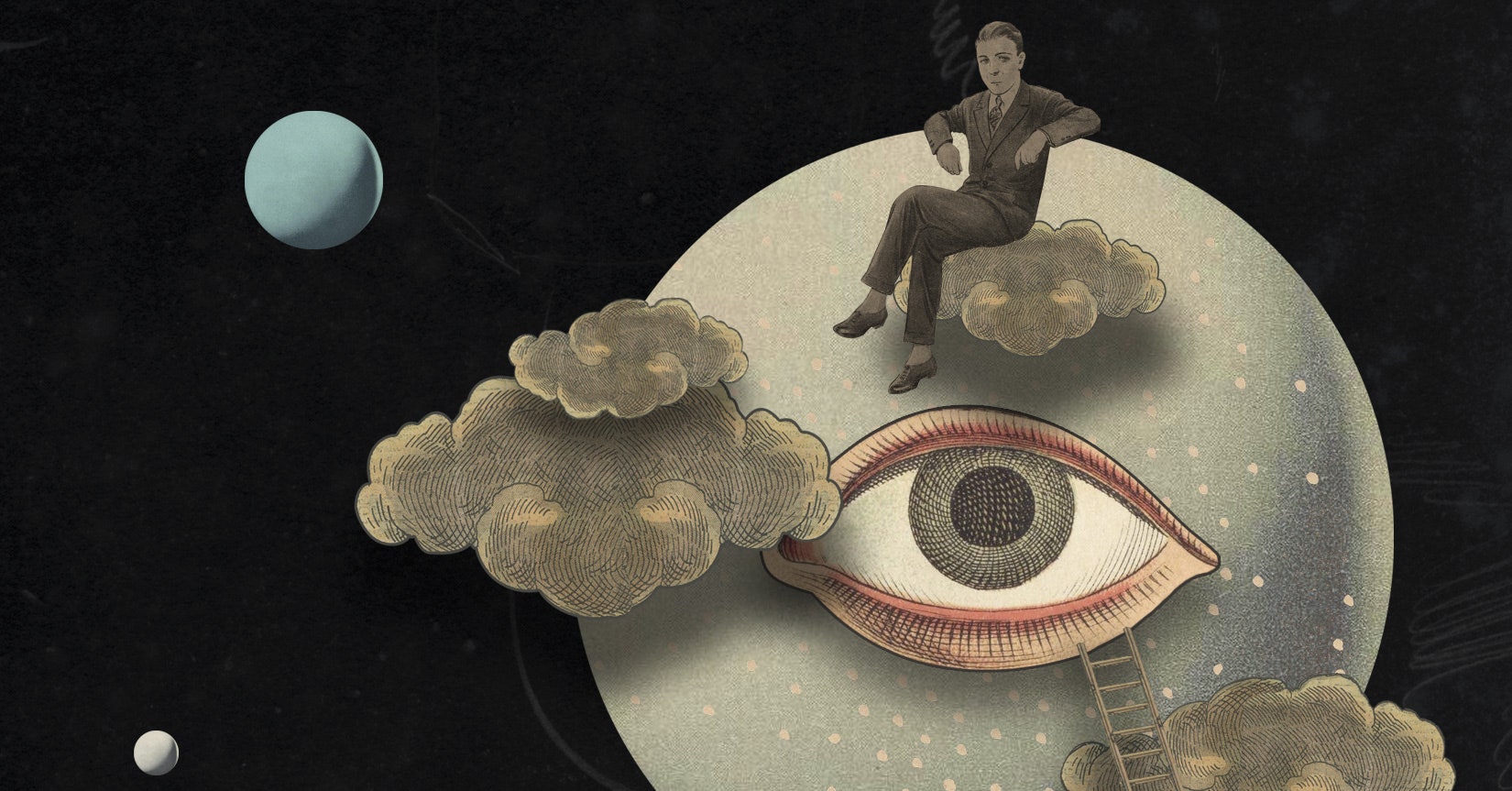 In 1897, William James, the celebrity philosopher, was offered $400 to lecture at Harvard on the quaint subject of immortality. As a marquee speaker on the Gilded Age circuit, James could be selective about his gigs, and he almost declined. Realism had superseded romance in philosophy, and the keenest intellectuals now styled themselves as “cerebralistic materialists”—devotees of the idea that life ends when the brain’s activity does. If James was going to have to talk about angels and harps, even a decent fee would not be worth the scorn from colleagues.

In the end James cashed the check and gave an exquisitely weird lecture, published as Human Immortality, which argued that while individual minds might perish, a collective “mother-sea” of consciousness lives forever.

The lecture then took an abrupt turn. “Take, for instance, all the Chinamen.” He described the late-century crowds of immigrants arriving on the eastern seaboard, confronting his audience—cleverly—with their own social ungenerosity. “Which of you here, my friends, sees any fitness in their eternal perpetuation unreduced in numbers? … Immortality of every separate specimen must be to [God] and to the universe as indigestible a load to carry as it is to you.” And yet!

Rounding on his listeners, James revealed that the afterlife was not as illiberal as they were. Instead it was a utopia not known on Earth: a place free of tribalism and xenophobia where all minds can be accommodated. In life, James said, our compassion for others is feeble. “Our private power of sympathetic vibration with other lives gives out so soon.” Gives out, like a knee. But God can take on the burdens we cannot: “In the heart of infinite being itself there can be such a thing as plethora, or glut, or supersaturation.”

Today, as our sympathetic vibrations with other lives—immigrants, Trumpites, Jews, incels, people of other races—keep blinking out, the idea of a universe with an infinitely hospitable heart is a freshly poignant fantasy. This heart shelters all of the refugees displaced by the tyrants, the racists, the climate. It’s a glutton for humanity.

It’s 2019. Scientists and technologists don’t want to call the infinite being God. It’s more modern to know it as Mars. Admittedly, Mars has drawbacks; it’s about half the size of Earth, for starters. But it’s clutter-­free and remarkably underpopulated: home to zero people. We’d each weigh 38 percent of what we do now. Our hearts would be light. We’d start fresh in the new air. (Once it’s enriched, that is: At 95 percent carbon dioxide, it’s currently lethal.) We could be good again, more socially chill, not wolf down all the resources this time.

Though the two leading übermenschen who would colonize the moon or Mars—Jeff Bezos and Elon Musk—try manfully to hew to an empiricist idiom, their language keeps edging close to James’. Their promises are just as exciting as his, just as consoling, and just as terrifying. And the promises say much more about the current social organization of humankind on this planet, about our sympathetic vibrations with other lives, than they do about outer space. What I’ve concluded, not that anyone is asking, is that I don’t want to go.

Bezos, who intends to start sending nonastronauts into suborbital space by the end of next year, sees his aerospace company, Blue Origin, as charting a course for a massive galactic migration. He predicts farms, universities, and rivers on moon colonies, where millions would reside, all while zipping back and forth to Earth.

In what seems like a rhetorical project as much as a commercial one, Bezos sounds like a mystic. His prized rocket, New Shepard, though named for the astronaut Alan Shepard, itself could be a born-again sect. He described its engineering to WIRED as “How God meant rockets to be!” Centuries into the future, unconstrained by human civilization, we will return to our “natural state,” he says, but with the limitless energy of the solar system.

Then there’s his image of the universe’s largesse. “I’d love for there to be a trillion humans in the solar system.” Those allowed in his kingdom in the firmament include the expert and the amateur, the despised and the adored, the sick and the well, the poor and of course the rich. (The first tourists on New Shepard will each pay an estimated minimum of $200,000 for about 11 minutes in space.) This is not space exploration Bezos envisions, but space migration. We all go.

To Bezos, Earth and space are different in precisely the way Earth and heaven are to James. Bezos often says, quoting Isaac Asimov, that we earthlings are “planetary chauvinists”—the same types who, in James’ scheme, would guard their precious Boston from immigrants. To James, a humanist in 1906, mortal beings are short on love and hospitality. To Bezos, who is trained as an engineer, Earth is limited in resources—the ones that, like love and hospitality, welcome and sustain warm-blooded human life.

There’s something decidedly less tender and expansive about Elon Musk’s space plans. In “Making Humans a Multi-Planetary Species,” a 2017 article in New Space, he described terror: An extinction event would sooner or later wipe out humankind. The only remedy is to become a “multi-planetary species.”

With this expression, Musk trips the same wire James did when he spoke of heaven. He said there is this utopia. It’s everything we dream of. You can have this paradise. But you must trade your humanity to get it.

In James’ vision of heaven, an individual dissolves into an undifferentiated collective. In Musk’s version of space, you go from a terrestrial being—with all that implies about body temperature, gestation, body weight, hydration, exposure to sunlight, tides, social and urban organization, reliance on earthly vegetation and microbes, the metabolism of oxygen—to an interplanetary one, for whom all the earlier bets are off.

What would it feel like to live without Earth’s topographical features? Would we even remember how much our essence as humans is an epiphenomenon of our habitat?

That sounds catastrophic. For some 2,600 years, history, literature, and philosophy have undertaken to represent humanness, humanity, and the humane. But all along the unspoken sine qua non of humankind has been that we are born, live, and die on Earth. All the Homos—from erectus to deus—are Homo terreus. If we are interplanetary, are we even we? Would we, as in James’ afterlife, lose our individual identities? And then more practically: What would it feel like to live without Earth’s sweet old topographical features? Without civilization inscribed into our stones and soil? What would happen to our bodies and brains, and would we even remember how much our essence as humans is an epiphenomenon of our beautiful, warm, blue and dying habitat?

To keep Mars at a livable temperature and unlock water from its pervasive ice, Musk has proposed—with few details—using nukes. Say what? I assumed the idea of going to space was starting fresh, keeping our footprint modest, not potentially devastating our new planet on week one. But even if we don’t turn to extreme thermonuclear measures, the impulse to make a place habitable by nuking it is an unnerving one.

Amid the talk of Earth’s shortcomings and the promise of space, I found myself committed to going down with the ship. Ashes to ashes, feet of clay—I’m happy to weigh my weight in pounds if it means I can be rooted on Earth like my ancestors and all of our ancestors and even the word ancestor, and indeed every language and piece of writing and every single thought. At the same time, the Milky Way of the mind, as Bezos and Musk present it, is an exciting and sustaining fantasy—a place of boundless love, indiscriminate hospitality, and infinite resources. Very like the God that humans on Earth once invented, or the one who invented us.

Virginia Heffernan (@page88) is a contributor to WIRED.

This article appears in the January issue. Subscribe now.