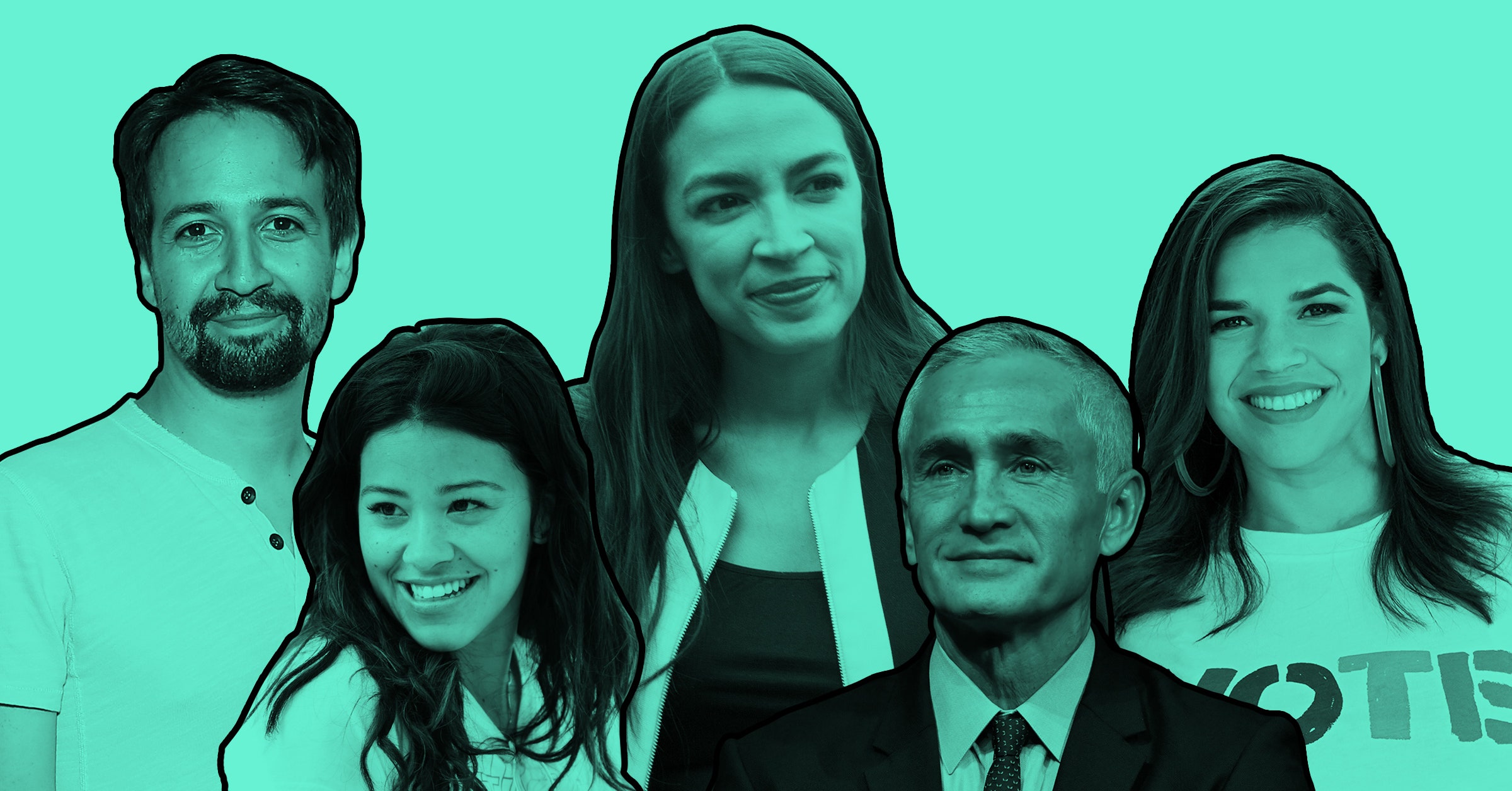 A few months back, I began following the #nomames hashtag on Twitter. It’s Spanish slang that was born out of a bit of vulgarity; the words literally translate to “don’t suck,” a phrase that can have … certain connotations. But the term has evolved into a flippant response, a phrase that roughly means, “no way” or “you’ve got to be f—ing kidding me.”

I first learned about #nomames a few years ago, when an entrepreneur and rapper I’ve long followed on Instagram, Chingo Bling, best known for his album They Can’t Deport Us All, launched a comedy tour called the No Mames tour. I had no idea what the term meant, but it felt like a cultural signifier that I, as a Latina, should be aware of.

When I started tracking the hashtag on Twitter, I could understand maybe half of the tweets. Some of them were written in English or used some Spanglish, but many of the tweets were composed entirely in Spanish. While I’m Latina, my Spanish is, on a good day, rudimentary. That’s because I’m a third-generation Mexican-American whose parents only spoke Spanish in the house when they discussed bills or sensitive “grown-up” things.

As I scrolled through #nomames, I felt a funny irony. Just as my parents’ Spanish tongue made them feel like outsiders, five decades later, my own language inadequacy left me feeling like a stranger in a strange land.

For scores of social and racial groups, Twitter is a unifying space—a place where culture is created and tweaked, news is spread and debated, and political movements are hatched. The most well known of these groups—Black Twitter—has acted as a social change agent, most significantly by catapulting #blacklivesmatter into the mainstream.

But as a Latina journalist who covers the friggin’ web, I hadn’t found a similar social community online. I thought perhaps I was looking in the wrong places. I followed hashtags that seemed more inclusive: #latina, #tejana, #brownandproud. I curated my own personal Twitter list of Latinx journalists, organizations, and pillars in the community. While all these things surfaced discussions I wouldn’t want to miss, none of them coalesced these individual threads into anything resembling a movement.

The answer, I found, is complicated.

If there was ever was a year for a catalyzing hashtag to rally the Latinx community together, it’s been 2018. DACA in the spring. Family separation during the summer. The “caravan” this fall. And if history echoes, as the saying goes, our current political moment might map closely to ‘60s-era America. During that consequential decade, the rise of the civil rights movement was quickly followed by the women’s movement and, finally, the Chicano movement. The present-day parallel is uncanny: 2016 had #blacklivesmatter; 2017 had #metoo. Which means 2018 should be primed for a transformative Latinx-forward hashtag, right?

Two young Chicano men ride on the hood of a car and raise their fist during a National Chicano Moratorium Committee march in February 1970.

During the ’60s, the rise of the civil rights movement was quickly followed by the women’s movement and, finally, the Chicano movement.

There are certainly enough Twitter users to make one happen. Twenty percent of the people who use Twitter identify as Hispanic, compared to 24 percent of users identifying as white and 26 percent of users identifying as black, according to the Pew Research Center. But these raw numbers tell only a simple story. There’s a large problem that the Latinx community knows all too well: The “Latino bloc” that politicians and GOTV advocates are always trying to mobilize is more nuanced than its name suggests.

America’s Latinx community runs across a wide stratum. Some people are first-generation, others are third. Some are legal immigrants while others are undocumented. There are more than 20 Latin countries people can claim as part of their heritage, and their culture, customs, and traditions all vary. Given these myriad factors, the American experience for each of these subgroups can be significantly different.

“Because we are such a large group that encompasses many people—and many chose to not to identify with us—this poses a problem for identifying Latinx-driven and Latinx-serving social media or Twitter pages,” says Guadalupe Madrigal, a graduate student at the University of Michigan studying Latinx social media, one of the few academics looking into this question.

This diversity of ideologies isn’t so different than Black Twitter. “Within Black Twitter, you have got numerous communities,” says Meredith Clark, a University of Virginia media studies professor who has studied Black Twitter. But, she adds, “the thing that makes Black Twitter something that we can say exists is its visibility and how that visibility runs along racial and cultural lines.” The same just doesn’t seem to be true for the Latinx Twitter community.

“I think part of the problem is that we are so complex and not monolithic,” says Julio Ricardo Varela, founder of Latino Rebels and digital media director for Futuro Media. “There are these little mini subsets, like immigrants rights groups or Central American Twitter. But [subgroups] also sometimes form at the expense of other groups,” he says, noting the differences of opinions between subgroups. A great of example of this is the debate over the word Latinx itself, a gender-inclusive term that started among the LGBTQ community and has slowly been adopted into the mainstream vernacular—to the chagrin of some who don’t agree with breaking Spanish’s gendered grammar rules.

Then there’s the language barrier. People using the #nomames or #tejana hashtag write in English, Spanish, and Spanglish. Within each of those languages, there are diverging dialects and idiosyncratic slang: While an older Mexican-American woman in Texas might find #nomames depraved , a young first-generation person uses it winkingly. Greetings like “¿Qué onda?” or “¿Qué tal?” or “¿Qué pasa?” all ostensibly mean “How are you?” or “What’s up?” but depending on where you’re from, these phrases have subtle differences in how they should be delivered.

While an older Mexican-American woman in Texas might find #nomames depraved , a young first-generation person uses it winkingly.

There are deep institutional reasons that people who identify, very much, as Latinx, often don’t share a common language. My family didn’t teach my brother and me Spanish because, like many parents in the 1970s and ’80s, they didn’t want us to have an accent. Some people may judge, but my parents, both native Texans, grew up during the 1940s and ’50s, in the wake of the controversial Bracero Program; during a time when teachers actively discouraged students from speaking Spanish and regularly Anglicized names (sorry, Juanita, your name is now Janie); when Tejanos were ridiculed for eating tacos instead of sandwiches. In their experience, being bilingual wasn’t a valuable résumé builder.

Shea Serrano, a staff writer at The Ringer with a robust Twitter following, has a similar experience to mine. “I speak a little bit of Spanish, but not enough that I can jump into the all-Spanish stuff,” he says. “I go to the stuff that’s either exclusively English-speaking or the Spanglish stuff where I can use context clues to snap it all together.”

That said, the language barrier could be a bit of a blessing in disguise, says Clark. “Latinx Twitter can continue to be invisible to people outside of those communities. And honestly, I don’t really know if that’s a bad thing, especially when we look at the surveillance that Black Twitter has been under for years.” There’s, of course, the obvious government surveillance, but Black Twitter has long suffered from intellectual labor theft, with unethical users creeping on the community and appropriating its ideas or memes as their own. “If English makes [surveillance] easier, then Black Twitter has a harder time avoiding being inside the white gaze.”

And there are many in the Latinx community who might want to avoid any observation. The internet has normalized living in public, but with immigration policies changing, and the rhetoric around even legal immigration amping up, anyone who identifies as brown has reason to not be so proud.

Even offline, the Latinx community often discourages speaking out against authority and encourages assimilation. “There are many issues in our community that we haven’t grappled with,” says Varela, like complicated feelings about how to self-identify, how to deal with different political affiliations, and even where people stand on immigration, a political issue people seem to think all Latinxs are aligned on. “You’re instantly going to be provocative when you start having those conversations, but that’s when we’re going to get to truth. Yet there are people who are like, ‘Play it safe,’ or ‘You’re being a rabble-rouser.’” This mindset runs counter to Twitter, a community that often rewards outrage and amplifies bombastic points of view.

Yet some do want to speak out—and 2018 has been chockablock with grievances for the Latinx community. During the 2018 midterms, #SomosMás (“we are more than that”) cropped up in the feeds of organizations, regular folks, and even celebs like Rosario Dawson. Other popular hashtags during the elections were #votelatino (makes sense, given the moment) and #brownandproud, a hashtag that has a life preceding and beyond the elections. “Latinx people tend to unite in moments of cultural, social, or political events—and this can be identifiable through posting/reposting of social media pages, commenting on conversations/posts, or by the use of hashtags,” says Madrigal.

Though each of these mini-movements invited interesting contributions, none have coalesced into a unifying hashtag with larger cultural resonance. I asked Shea Serrano if he felt that it was a problem that the Latinx community had failed to grow into something broader on Twitter. “You only feel like you’re missing it if you know that you’re missing it,” he told me. “My mom doesn’t know that’s a thing; my kids don’t know it’s a thing, so they’re not missing it. I think it’s something that people who are most like you and me miss, who are still trying to figure out, ‘How much of a Mexican am I supposed to be? How much am I allowed to be?’”

Those are two of the questions I pose to myself often. There is no easy answer, probably because there is no right one. Or because the answer, like the Latinx population, is ever-evolving. But in a time where divisive forces seem to be all around, a unifying hashtag to look to for answers might be … nice? If one gains traction, it would surprise and delight me. I’d probably even utter a little phrase I saw on Twitter: #nomames.