Do I Have a Moral Obligation to Be On TikTok? 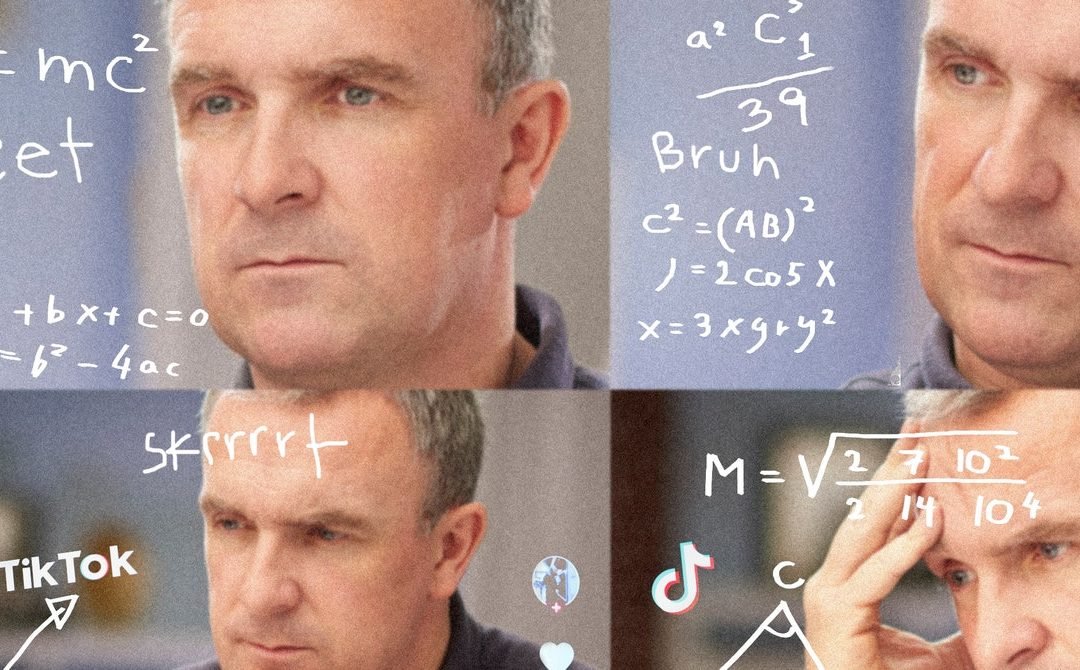 I’m only 30, but already I feel myself disengaging from youth trends. What’s a TikTok? Who’s Pokimane? Sometimes, though, I suspect I’m letting society down. Shouldn’t I stay current, the better to relate to—and thus support—the inheritors of the earth? Besides, I get annoyed whenever my parents call me for troubleshooting. I should be part of the solution, right?

That the young are destined to inherit the earth would seem to be an incontrovertible fact, true of every age. But believing in the next generation requires, first of all, a belief in the future, which comes easier in some historical eras than others.

Christ, of course, blessed the meek instead. He wasn’t much interested in the next generation, convinced as he was that the world was going to end with his own. (His early followers were so certain they occupied the final hours of a decadent civilization that they dissuaded one another from procreating.) Today, with the prospect of an inheritable earth again uncertain, the willingness to believe that kids will one day muster the sustained engagement and long-term thinking required to solve, say, the climate crisis, feels like an article of faith—a prayer dispatched into the darkening void.

Most young people today are, as far as I can tell, delightful human beings, and the culture they’ve produced is very much worthy of our attention. I mean this, though it’s also the sort of thing one is obliged to say after reaching a certain age, for fear of banishment to the isle of the out of touch. In fact, at the risk of sounding cynical, I find it difficult to believe that your own motives are as purely altruistic as you believe them to be. While it may be true that we all have an instinctive, evolutionary investment in seeing the next generation flourish (regardless of whether it includes any children of our own), I imagine that your more immediate concern is for your long-term viability in an economy that regards cultural capital and technological fluency as assets to one’s personal brand. If you happen to be in a line of work that depends on garnering and sustaining an online following, keeping up with the culture is a matter of professional subsistence, a prerequisite to fulfilling one’s most basic economic needs.

I’m sorry to tell you that this quest is hopeless. For one thing, most social platforms are designed to keep users in their demographic lanes. You can download TikTok to satisfy your own delusions that you are not yet beyond the pale, but unless you have the superhuman willpower to resist lingering on the opening chords of that Top-40 song you loved in high school, or a quiz that promises to determine whether you are a true child of the 90s, the algorithms will swiftly corral you into a ghetto of other millennials.

Many people your age are fooled into thinking they can understand youth culture because so much of it has been recycled from their own adolescence. The prevalence of nostalgia—the fact that each new batch of kids appears more ardently devoted to reviving trends that were popularized by the one before them—would seem to provide a link between generations, some semblance of common ground. But this is rarely the case, in practice. Nothing is so alienating as witnessing the naïve celebration of the music, clothing, and television that you yourself mindlessly consumed as a young person, wrenched free of its original historical context and appropriated with ambiguous degrees of irony.

I should stress that the capitalization was not meant to signal transcendence, singularity, or a whiff of the absolute.

I’m not saying that it’s impossible to keep up, just that it requires more time and effort than most of us have at our disposal. When you’re young, of course, it isn’t work at all—you breathe in the culture as mindlessly as the air—but maintaining active engagement as an adult is a full-time job, and the knowledge you do obtain is always tenuous and second-hand. You enter their world as an anthropologist. There are exceptions to this rule—the Dionne Warwicks and TikTok grannies who have managed to thrive among a much younger milieu—though their popularity rests on somewhat bumbling personas that play out-of-touchness for laughs (and are, one suspects, orchestrated by much younger PR teams).

I don’t mean to depress you, only to slightly reframe the question. If perpetual relevance is a chimeric virtue, as futile as the quest for eternal life, the question then becomes: what will make your life more enriching and meaningful? On one hand, it might seem that acquiring more knowledge—staying up to date on music, slang, whatever—will lead to more meaning, at least in its most literal sense. To grow old, after all, is to watch the world become ever more crowded with empty signifiers. It is to become like one of those natural language processing models that understands syntax but not semantics, that can use words convincingly in a sentence while remaining ignorant of the real-world concepts they represent. It feels, in other words, as though you’re becoming less human.

But knowledge is not the only source of meaning. In fact, at a moment when information is ubiquitous, cheap, and appended with expiration dates, what most of us long for, whether we realize it or not, is continuity—the sense that our lives are part of an ongoing narrative that began before we were born and will continue after we die. For centuries, the fear of growing old was assuaged by the knowledge that the wisdom, skills, and life experience one had acquired would be passed down to the next generation, a phenomenon the historian Christopher Lasch once called “a vicarious immortality in posterity.” When major technological innovations arrived every few hundred years rather than every decade it was reasonable to assume that your children and grandchildren would live a life much like your own. It was this sense of permanence that made it possible to construct medieval cathedrals over the course of several centuries, with artisanal techniques bequeathed like family heirlooms.