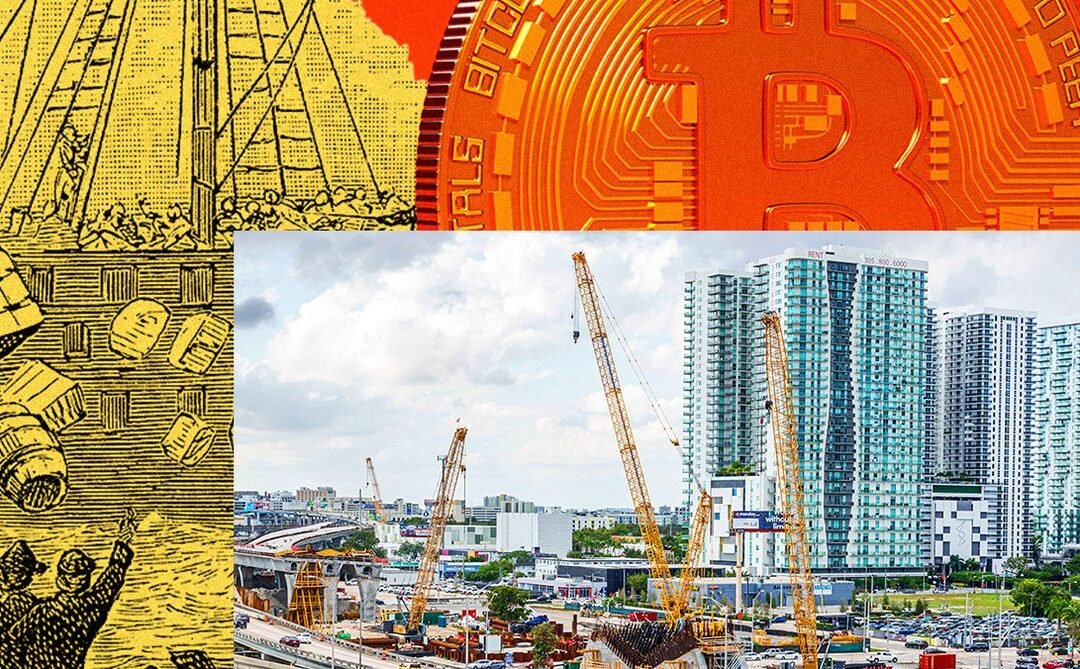 Taxes, CityCoins founder Patrick Stanley says, can stop being a mind-numbing civic ritual and become an exercise in freedom—if we tokenize and calibrate them the right way. Stanley’s crypto-based invention is what he calls “an opt-in tax of opportunity, as opposed to obligation,” wherein boosters tithe a particular city with crypto because they have faith in the municipality and its mission. “They want to see the city working as a capital allocator, and they want to bet on the success of the city,” Stanley said in a podcast interview. Essentially, they can cheer a city government on through computational processing worth millions, if not billions, of dollars—the equivalent of a gilded “like” button.

CityCoins launched its first project with the city of Miami in August 2021, raking in $2.5 million in “pseudo-tax” income in its first 20 days. New York City and Austin now have their own coins. Within the CityCoins matrix, miners receive a city-specific coin, like MiamiCoin or NYCCoin, by trading in STX, the token for Stacks, a protocol that operates on top of the Bitcoin network. (Stacks is also Stanley’s former employer.) In addition to new CityCoins tokens given to miners, STX holders who participate in Stacks’ consensus process receive 70 percent of the STX spent to mine the CityCoins, while municipal governments receive 30 percent. Cities that aren’t allowed to hold crypto can immediately convert their STX gains into dollars. It’s in some ways free money for cities: a windfall for governments that, in the US at least, seem perennially cash-strapped and driven to austerity. In a victory-lap interview with Miami’s pro-crypto mayor, Francis Suarez, Stanley framed CityCoins as both disruptive and deeply familiar. Cities receive 30 percent of miners’ STX—no more, no less—because it’s the tax rate people in the US are used to.

It’s not like the current US federal tax system is beloved. Hollowed out by Intuit’s 20-year efforts to profit off Tax Day, the system US taxpayers wrangle is equal parts esoteric and expensive. Things get even murkier for the millions who hold crypto; federal crypto taxation is governed by a chimera of revenue rulings and FAQs. “They don’t really have any good regulations out there yet,” says Emery Sheer, a Florida-based accountant who runs a YouTube channel on crypto taxation. Sheer says many of the FAQs the IRS uses to clarify crypto taxation fail to mention crypto at all, instead covering congruent asset classes that are also defined as property. “We have to kind of guess,” he says.

While Congress and the White House mull the future of crypto and creep toward clarity—is it an investment vehicle, digital asset, currency, glitzy kind of Kohl’s Cash, or some combination?—city-level developments like CityCoins may beat federal lawmakers to the punch, reshaping municipal taxes in crypto’s image, and, in the process, forcing national policy to follow its lead.

If Suarez and Stanley have their way, CityCoins’ launch, bolstered by the uncertainty of crypto taxes, will signify a sea change for taxes. For one, taxes may assume an entirely new form, following in the footsteps of crypto, which claimed to improve upon its fiat predecessor while becoming another investment vehicle. But unlike fiat or other forms of crypto wealth, which require lobbyists or other workaround measures in order to shape policy, CityCoins and its ilk aim to control a city’s spigot, making its political power immediate. The “we” of the city may change in the process, no longer defined by geographic borders or bodily location, but by token community and portfolio distribution.

Antiquity offers a distributed ledger of its own, suggests Erica Robles-Anderson, a scholar of digital taxation. City-states and empires handled the recto and verso of physical coins as political arenas—the state held sovereign control over the front of the coin, but local mints would laminate their own symbols on the back. Micro- or regional-level faiths, commitments, and beliefs emerged based on who would accept certain tender.