Colonialists Are Coming For Blood—Literally 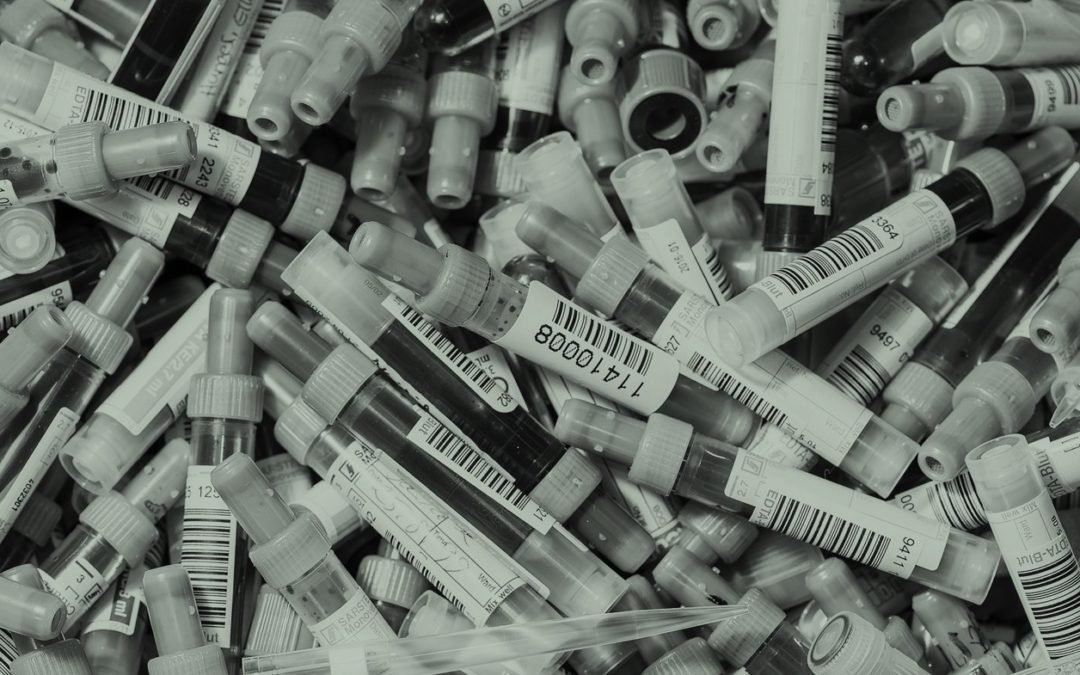 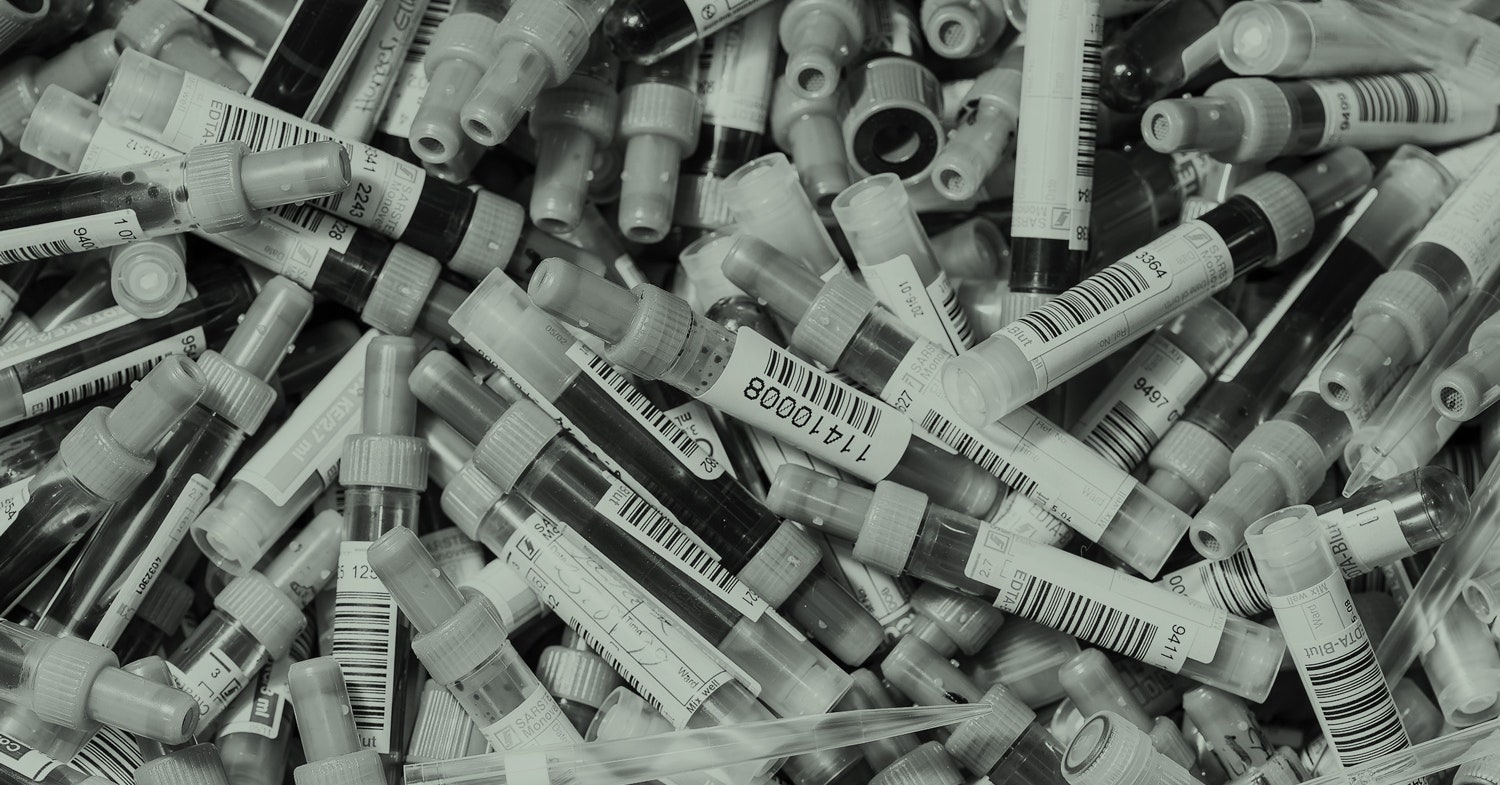 During the Ebola epidemic in West Africa in 2014, medical workers collected hundreds of thousands of samples of blood from victims and those presumed to be infected, in an effort to stem an epidemic that eventually took more than 11,000 lives.

After that outbreak subsided, most of the samples were believed to have been destroyed. But recent reporting by The Telegraph in London revealed that thousands of samples were not destroyed but, rather, shipped out of West Africa. The samples’ location isn’t clear—The Telegraph’s freedom of information request was turned back by the UK government—but they are believed to be in the custody of national health agencies, and possibly pharmaceutical companies, in Western Europe and the United States.

Developing nations have protested before that richer countries and their corporations should compensate them for their biological resources. They consider it colonialism for the bioprospecting age: Instead of stripping the developing world of its precious metals, timber, or minerals, the nations of the West are mining for microbes and other biological source materials. Often the developing world’s objections go nowhere. But in a few cases, bolstered by an evolving body of international rules, the countries who feel their patrimony has been stolen have fought back and won.

In 2007, for instance, Indonesia refused to share samples of the avian flu strain H5N1—which at that point had killed more than half of those who came down with it—into the international network of labs that monitored the virus’ movement and evolution. The country’s health minister held them back in protest, after she learned that an Australian company had obtained some of Indonesia’s flu viruses and developed a test vaccine out of it; she feared Indonesia would not get access to the vaccine or be able to afford it.

A second clash over flu vaccine showed that her concerns had been reasonable. A different flu strain, H1N1, caused a worldwide epidemic in 2009. As before, vaccine-making swung into gear. But it soon emerged that the Pacific Rim countries where vaccine strains originate would have little chance to buy the vaccine, because the affluent northern countries where manufacturers are based had placed advance orders that would use up the new supply.

In the aftermath of those linked crises, the World Health Organization developed its Pandemic Influenza Preparedness Framework, which commits member countries to equitably sharing viruses and the vaccines made from them. More practically, it drew vaccine manufacturers into an agreement in which they would return a small portion of profits to countries where strains originated, so the countries’ own pandemic defenses could be strengthened.

That agreement, which only covers flu, could serve as a global model of sorts. But it doesn’t address the broader question of a poor country losing control of its biological resources to a rich one. The international covenant that could address that situation, known as the Nagoya Protocol, hasn’t received anywhere near as much support.

The protocol—formally, the Nagoya Protocol on Access to Genetic Resources and the Fair and Equitable Sharing of Benefits Arising from their Utilization—became effective in 2014. It’s a subsidiary agreement to the Convention on Biological Diversity, in force since 1993. Among the things the convention covers is fair treatment when it comes to biological resource extraction; the protocol goes further by defining enforcement. Most of the countries in the world have signed and ratified the convention, and a little more than 100 have signed and ratified the protocol. Those numbers include most of the big vaccine-making nations, but notably not the United States, which signed but never ratified the convention, and thus has not endorsed the protocol.

The protocol commits signers to sharing the benefits of commercializing “any material of plant, animal, microbial or other origin containing functional units of heredity” with the country the material came from. That seems straightforward: Develop a product out of a naturally occurring substance, and some of the benefits and revenue should flow back to the place where the substance was collected or bred.

But it’s not obvious that the protocol applies to pathogens like Ebola, given that the underlying convention was intended to protect biodiversity and plant and animal resources. It didn’t anticipate pandemics; at the time, there hadn’t been a worldwide flu epidemic since 1968, or an Ebola outbreak since 1976.

Today the fear is that if it does extend to viruses and bacteria, the protocol will impose paperwork and slow down disease response. Last fall, China stopped sharing new flu strain samples with the United States, and several researchers have argued that dereliction is due to the protocol’s cumbersome requirements.

The World Health Organization’s own FAQ on the protocol seems cautiously negative; it says: “Implementation of the Nagoya Protocol may impact the sharing of pathogens if, for example, it entails multiple, complex and/or time-consuming processes.”

The protocol’s shortcomings aren’t an excuse to keep kicking the issue down the road, however. Until it is solved, health authorities risk re-creating the distrust and abuse that people in the developing world reasonably experience when they feel they have been made a test bed for the West. One lingering, powerful example: the Trovan trial, an exploitative 1996 test of a novel antibiotic set up in Nigeria in the midst of a meningitis epidemic. Almost a decade later, the reaction to that episode—which was the basis of the novel and film The Constant Gardener—was still so potent that it helped fuel northern Nigeria’s 2003 rejection of the polio vaccine, which reseeded the disease across sub-Saharan Africa.

There is a further risk here as well. If attention is not paid to the developing world’s assertions of sovereignty over its biological resources now, it is possible that frustration could boil over into a wider claim for recompense over biological resources plundered in the past.

Consider how much of the industrialized world’s pharmacopeia originated in natural products brought from elsewhere. In the 1960s, it was routine for pharma companies to ask diplomats and missionaries to prospect for them, a search that yielded the antibiotics chloramphenicol (compost, Venezuela); vancomycin (mud, Borneo); and daptomycin (dirt, Turkey). Vincristine and vinblastine, the foundation of mid-century cancer chemotherapy, were extracted from a periwinkle found in Madagascar. Quinine, the foundation of antimalarial drugs for a century, comes from a tree once native to the Andes.

The protocol doesn’t provide a mechanism for developing countries to reach backward into the past and claim reparations for plundered resources. That doesn’t mean they might not be willing to try. In 1995, the government of India forced US companies to abandon patents on compounds elaborated from the herb turmeric and the neem tree, and in 2016 French Guyana compelled the government of France to share the credit and profits for a new antimalarial sourced from an indigenous shrub.

It’s crucial that outbreak detection and response not be compromised. But in the aftermath of outbreaks, it’s equally important that the public health establishment honor the contributions of the countries that were victims of outbreaks—whether those contributions are their blood and tissue or their minerals and plants. Uncompensated resource extraction is a sin of the past, and it should be consigned to there.