Can You Be an NFT Artist and an Environmentalist? 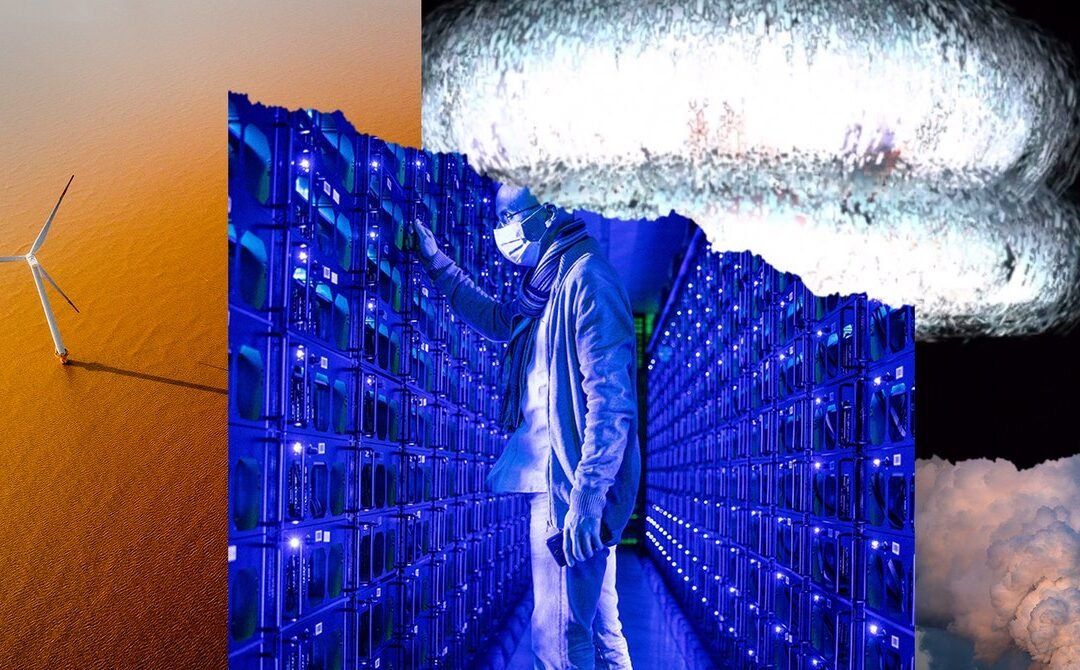 Artists have frequently depicted the environmental impact of technology. The Impressionists of the 19th century were known for their paintings of trains and the shifting landscapes of industrialization. Photographers in the early 20th century captured with awe the trams and high-rises of the rapidly escalating urban environment. Amid the social movements of the 1960s and ’70s, environmental art became a major new form as artists tried to express the precarity of local ecologies, increasingly aware of the long-term consequences of economic activities. Artists explore emerging technologies to address their potentials and problems, with recent attention turning to the carbon footprint of our electronic expansion, as well as what might be done about it.

For artists who want to experiment with NFTs and blockchain, the desire to create environmental art seems to conflict with the actual goal of saving the environment. The Bitcoin and Ethereum platforms operate on a principle called “proof of work” (PoW), in which computers solve complex puzzles to verify a transaction, for which that computer (or “miner”) is then rewarded with some amount of the cryptocurrency. Initially, people could mine on a simple gaming computer. However, the system is designed to increase the difficulty of the puzzles as more people, or rather computers, join the peer-to-peer network. This energy increase is an intentional part of the security in the PoW system.

As a result, according to research conducted by artist and computer scientist Memo Akten, by the end of 2020, minting an NFT took at least 35 kWh of electricity—that is, the process, from mouse click to claiming the right to produce the block, demanded that much energy, emitting 20 kg of CO2. For comparison, sending an email produces a few grams of CO2, and watching an hour of Netflix produces only 36 grams, Akten says. Others examining NFTs and studies of Bitcoin have found even higher emissions. Though people debate the calculations, the undeniable point is that carbon emissions must be recognized and addressed, since emissions are responsible for the climate crisis’ temperature increase and ocean acidification, both of which kill existing life.

Amid the speculative enthusiasms of Silicon Valley and other global tech breeding grounds, financiers seek profit, not sustainability, in blockchains. Given the energy required to ensure a cryptographically secure blockchain, it seems as though there is no way to be an environmentalist and use the technology. But some artists are now reimagining the system, using blockchain to propose sustainable practices.

As early as 2017, artist and engineer Julian Oliver recognized that the number of computers competing to solve a puzzle and produce the hash for a transaction must demand enormous energy from oil, coal, or natural gas to power those machines. He proceeded to create Harvest (2017), which is both a media work and a working prototype for an alternative crypto-mining operation. Adapting a small wind turbine with environmental sensors, a weatherproof computer, and a 4G uplink, the machine uses wind energy as a source of electricity to mine cryptocurrency. All proceeds were funneled to climate change research.

As more artists became aware of the environmental consequences of blockchain practices, they pressed for platforms to move away from PoW. An alternative now exists called “proof of stake” (PoS), which some alt-coins have been using for a while. PoS uses a pseudo-random process to assign a miner—now called a “forger” in this PoS landscape—the right to validate a block. The forger has to commit a stake in the chain, typically a deposit of a certain amount, to become a validator that can store data, process transactions, and add new blocks to the chain; a greater stake leads to more validation opportunities, and thus more income. There aren’t many computers competing to solve the puzzle, since only one is assigned to forge the block, which greatly reduces the energy expenditure and carbon emissions of the process. Though there are security risks and economic implications that lead some to reject its improved environmental impact, many artists have committed to using PoS chains.