Apple, the iPhone, and the Innovator’s Dilemma 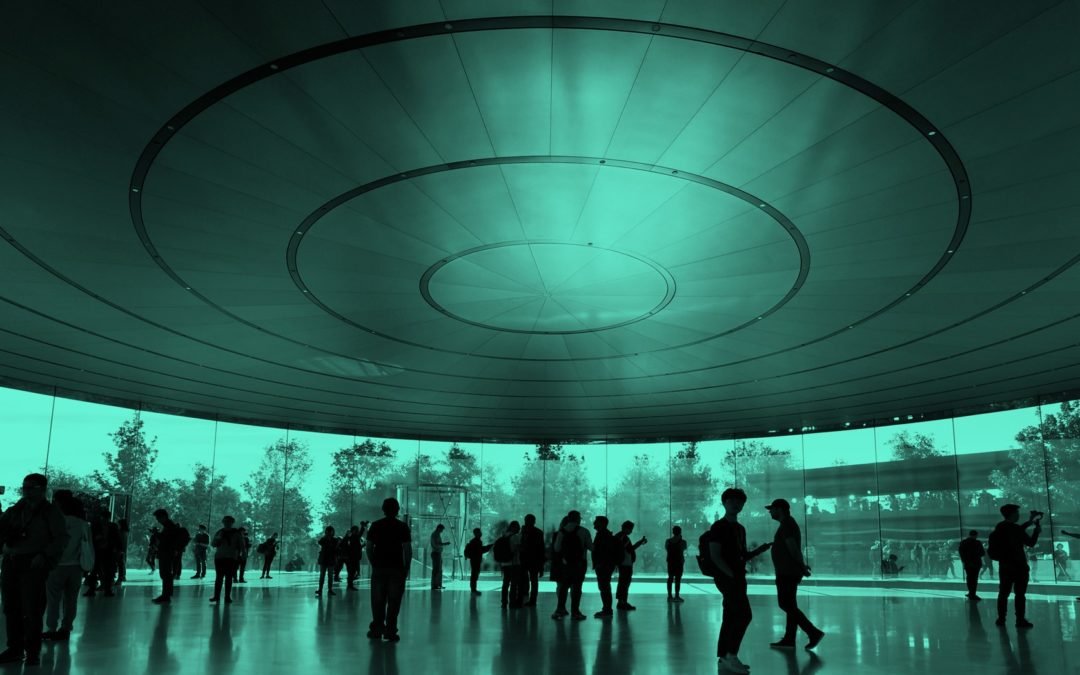 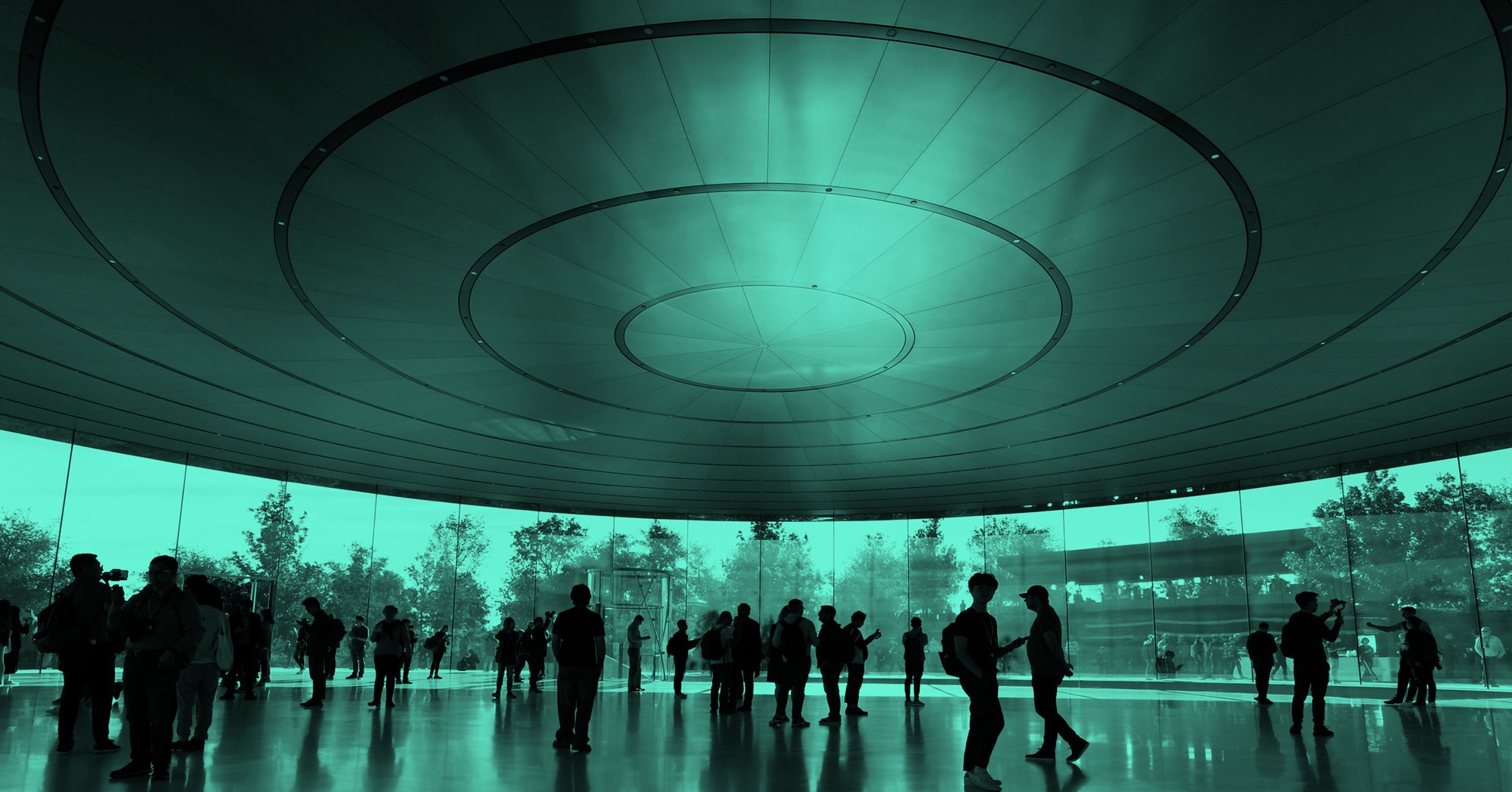 If you re-read the first few chapters of The Innovator’s Dilemma and you insert “Apple” every time Clayton Christensen mentions “a company,” a certain picture emerges: Apple is a company on the verge of being disrupted, and the next great idea in tech and consumer electronics will not materialize from within the walls of its Cupertino spaceship.

The Innovator’s Dilemma, of course, is about the trap that successful companies fall into time and time again. They’re well managed, they’re responsive to their customers, and they’re market leaders. And yet, despite doing everything right, they fail to see the next wave of innovation coming, they get disrupted, and they ultimately fail.

In the case of Apple, the company is trapped by its success, and that success is spelled “iPhone.”

Take, for example, Christensen’s description of the principles of good management that inevitably lead to the downfall of successful companies: “that you should always listen to and respond to the needs of your best customers, and that you should focus investments on those innovations that promise the highest returns.”

Molly Wood (@mollywood) is an Ideas contributor at WIRED and the host and senior editor of Marketplace Tech, a daily national radio broadcast covering the business of technology. She has covered the tech industry at CNET, The New York Times, and in various print, television, digital and audio formats for nearly 20 years. (Ouch.)

Then think about the iPhone, which, despite some consumer-unfriendly advances like the lost headphone jack and ever-changing charging ports, has also been adjusted and tweaked and frozen by what customers want: bigger screens, great cameras, ease of use, and a consistent interface. And the bulk of Apple’s investment since 2007, when the iPhone came out, has been about maintaining, developing, and selling this one device.

In the last quarter of 2018, the iPhone accounted for $51 billion of Apple’s $84 billion in revenue. Its success, the economic halo around it, and its seeming invincibility since its launch have propelled Apple to heights few companies have ever imagined. But the device will also be its undoing.

Here’s what happens when you have a product that successful: You get comfortable. More accurately, you get protective. You don’t want to try anything new. The new things you do try have to be justified in the context of that precious jewel—the “core product.”

So even something like Apple’s Services segment—the brightest non-iPhone spot in its earnings lately—mostly consists of services that benefit the iPhone. It’s Apple Music, iTunes, iCloud—and although Apple doesn’t break out its numbers, the best estimate is that a third or more of its Services revenue is driven by the 30 percent cut it takes from … yep, apps downloaded from the App Store.

The other bright spot in the company’s latest earnings report is its Wearables, Home, and Accessories category. Here again, Apple doesn’t break out the numbers, but the wearables part of that segment is where all the growth is, and that means Apple Watches. And you know what’s still tied nice and tight to the iPhone? Apple Watches.

Even Apple’s best-selling accessories are most likely AirPods, which had a meme-tastic holiday season and are, safe to say, used mostly in conjunction with iPhones. (I’d bet the rest of the accessories dollars are coming from dongles and hubs, since there’s nary a port to be found on any of its new MacBooks.) As for stand-alones, its smart speakers are reportedly great, but they’re not putting a dent in Amazon or Google, by latest count. Apple TV, sure. Fine. But Roku shouldn’t have been embedded in a TV before Apple was.

And none of these efforts count as a serious attempt at diversification.

You may be tempted to argue that Apple is, in fact, working on other projects. The Apple acquisition rumors never cease; nor do the confident statements that the company definitely, absolutely, certainly has a magical innovation in the works that will spring full grown like Athena from the forehead of Zeus any day now. I’m here to say, I don’t think there’s a nascent warrior goddess hiding in there.

Witness Apple’s tottering half-steps into new markets that are unrelated to the iPhone: It was early with a voice assistant but has stalled behind Amazon and even Google Assistant. It wasn’t until last year that the company hired a bona fide machine-learning expert in John Giannandrea, former head of search and AI at Google—and he didn’t get put on the executive team until December 2018. That’s late.

There’s its half-hearted dabble in self-driving technology that was going to be a car, then became software, then became 200 people laid off. Its quailing decade-long attempt to build a streaming service would be sort of comical if there weren’t clearly so much money being thrown around, and so tentatively at that. Rumors of its launch go back as far as 2015, although now it’s supposed to launch in April—this time they mean it.

But even if the streaming service actually arrives, can it really compete against YouTube, PlayStation, Sling, DirecTV, Hulu, and just plain old Netflix? Apple’s original programming is also apparently “not coming as soon as you think.” Analysts are, at this point, outright begging Apple to buy a studio or other original content provider, just to have something to show against Netflix and Amazon originals.

Of course, lots of companies innovate through acquisition, and everyone loves to speculate about what companies Apple might buy. Rumors have ranged from GoPro to BlackBerry to Tesla to the chipmaker ARM. Maybe Netflix. Maybe Tesla. Maybe Disney. Maybe Wired. (Apple News is a hugely successful product … mostly on iPhones, of course.) But at every turn, Apple has declined to move, other than its $3 billion Beats buy in 2014 (which it appears to be abandoning, or cannibalizing, these days).

Now, let me be clear, once again. None of this is to suggest that Apple is doing anything wrong. Indeed, according to Christensen, one of the hallmarks of the innovator’s dilemma is the company’s success, smooth operations, great products, and happy customers. That’s one of the things that makes it a dilemma: A company doesn’t realize anything’s wrong, because, well, nothing is. Smartphone sales may be slowing, but Apple is still a beloved brand, its products are excellent, its history and cachet are unmatched. But that doesn’t mean it has a plan to survive the ongoing decline in global smartphones sales.

The Innovator’s Dilemma does say an entrenched company can sometimes pull out of the quicksand by setting up a small, autonomous spinoff that has the power to move fast, pursue markets that are too small to move the needle for a company making $84 billion a quarter, and innovate before someone else gets there first.

Well, Apple has no autonomous innovation divisions that I know of, and the guys in charge are the same guys who have been in charge for decades: Tim Cook, Eddy Cue, Phil Schiller, Craig Federighi, Jony Ive—all have been associated with Apple since the late ’80s or ’90s. (I mean, has there ever really been a time without Jony Ive?)

You see what I’m saying here: brilliant team with a long record of execution and unparalleled success. Possibly not a lot of fresh ideas.

And then there’s the final option for innovation, one that Apple has availed itself of many times in the past. As Steve Jobs often said, quoting Picasso: “Good artists copy; great artists steal.” The iPod was born of existing MP3 players; the iPhone improved on clunky, ugly smartphones already on the market. The MacOS and the computer mouse were developed to maturity (yes, with permission) after being invented at Xerox PARC.

So maybe Apple will find the hottest thing in tech that’s still slightly unknown and come out with a better version. But is there such a thing as a way-sexier cloud computing business?

I guess it’s possible that the rumored virtual- and augmented-reality headset that Apple is supposed to release in 2020 will take the world by storm and popularize VR in a way that no one imagined, and like AirPods, will take a look that’s painfully dorky on the surface and turn it into a not-quite-ironic must-have statement of affluence and cool. It’s happened before. But this time, I think the company will get beaten to that punch—or whatever punch is next. Apple will be around for a long time. But the next Apple just isn’t Apple.