All This Newfound Cynicism Is Going to Hamper Big Tech 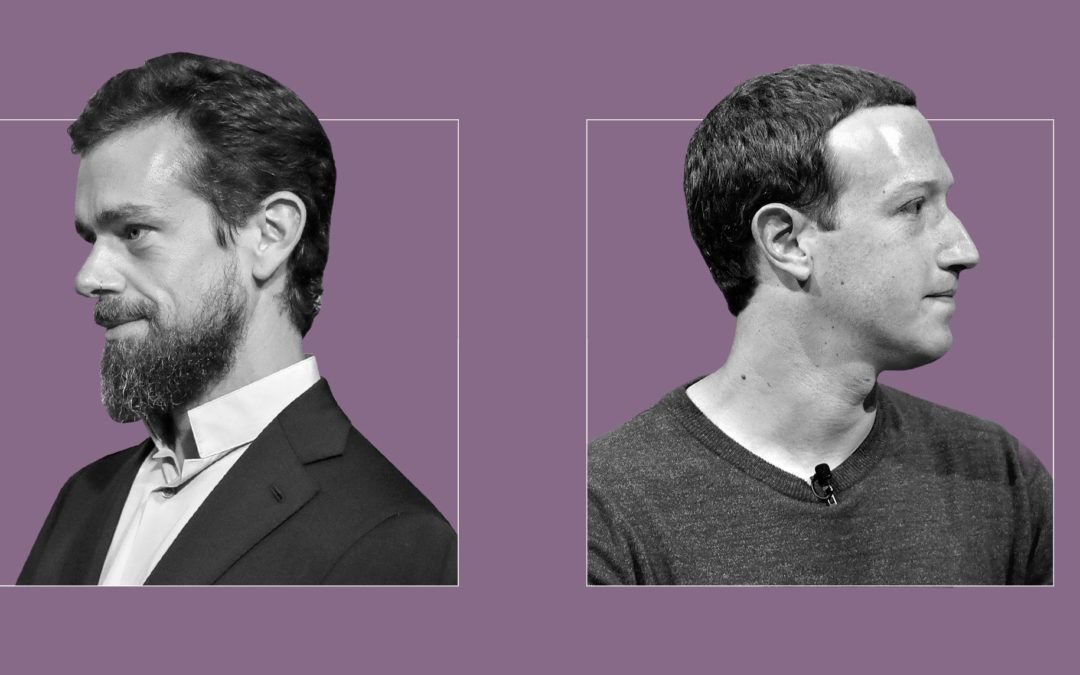 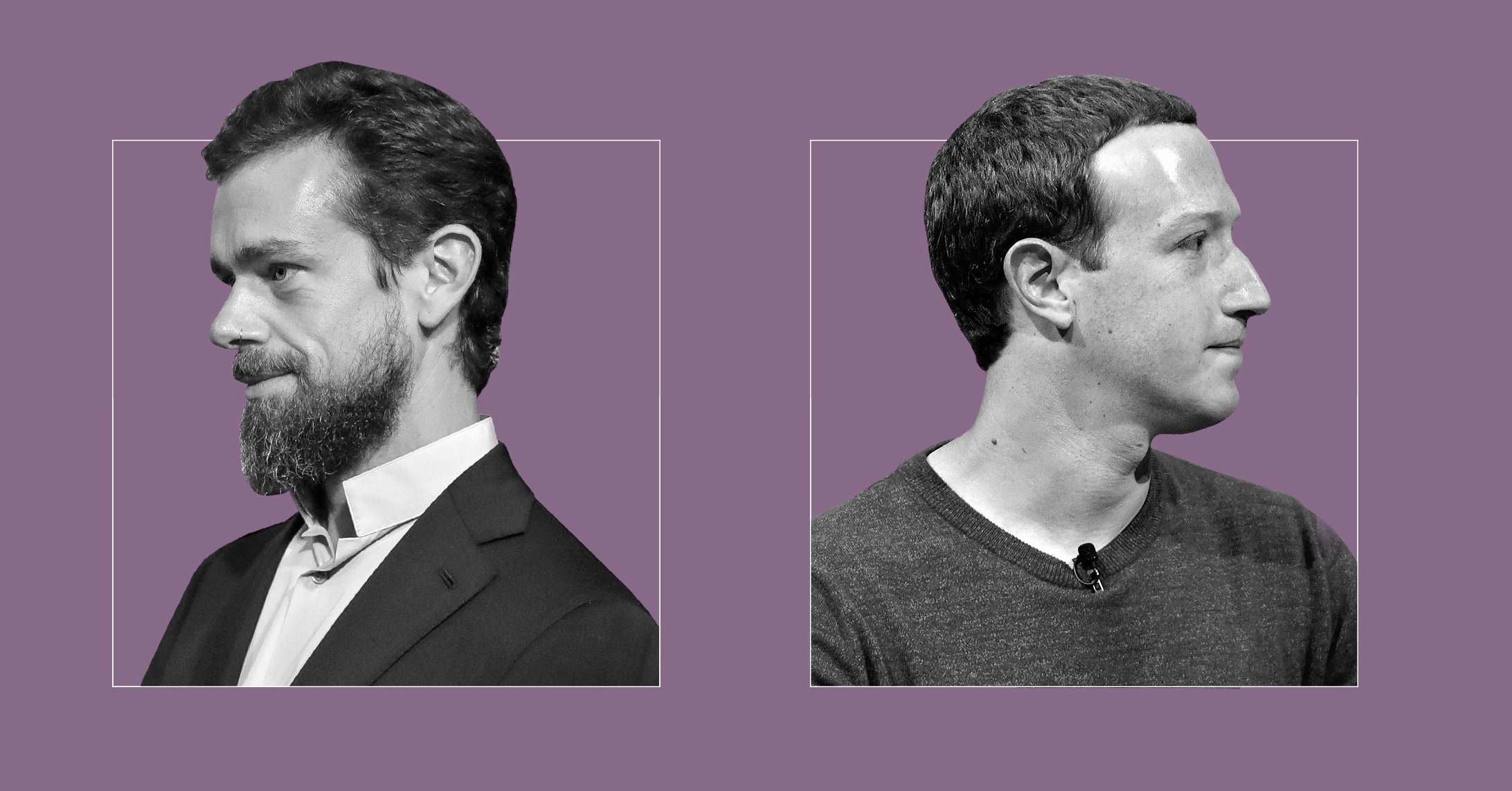 Earlier this month, a WIRED contributor managed to subvert all the warm, fuzzy feelings produced by the “10-year challenge” meme on social media by asking the question that has haunted free thinkers throughout history: Am I doing what I want to do, or what they want me to do?

The challenge, which has flourished on Facebook, Instagram, and Twitter, seems like harmless stuff, offering a forum for regular folks and celebrities alike to use photos to boast about getting better with age (or in the case of Mariah Carey, who posted the same photo as “before” and “after,” to deny the very notion of aging). But to Kate O’Neill, who thinks about how Silicon Valley is threatening our humanity, the idea seemed too perfect. Was the real purpose, she wondered, “to train facial recognition algorithms on age progression and age recognition” by convincing millions of people to search for and publish pairs of photos separated by exactly 10 years?

Facebook swatted down O’Neill’s conspiratorial suggestion quickly and succinctly—in a tweet, no less: “The 10-year challenge is a user-generated meme that started on its own, without our involvement. It’s evidence of the fun people have on Facebook, and that’s it.” Conspiracy silenced. Except, politicians have a saying: “If you’re explaining, you’re losing.”

Facebook and other Silicon Valley giants have been doing a lot of explaining lately. Explaining that they collect your data, but only because you’ve given them permission. Explaining how they don’t sell your data, but merely profit from it. Often, these companies find themselves explaining away contradictory criticisms, like the one that says right-wing commentators are singled out for punishment on social networks and the one from the left that insists those sites actually encourage right-wing extremism and conspiracies to increase user engagement.

These companies will then explain that because both sides think they’re biased, they must actually be fair—which is nonsense, of course. One side could be right, and the other could be peddling false information. The only thing clear from both sides accusing you of mistreatment is that nobody trusts you.

This deep mistrust of Silicon Valley is the new reality, which means even a goofy meme isn’t safe from conspiratorial theories, and tech leaders can’t hide behind their quirkiness and supposed good intentions. A recent interview with Jack Dorsey in The Huffington Post was a train wreck of an encounter, as the interviewer, Ashley Feinberg, dismissed all the good will that Dorsey assumed traveled with him like a pair of Allbirds.

If Twitter believes that publishing what President Trump writes is inherently newsworthy, Feinberg asked, what if he “tweeted out asking each of his followers to murder one journalist, would you remove him?” The answer Dorsey landed on, after some hemming and hawing, “We’d certainly talk about it,” didn’t inspire much confidence. Similarly, after being asked, “Is there any situation at all in which you would decide to delete the site?” Dorsey defended Twitter by saying, “Should we just delete all the negative things in the world?”

What appeared most disturbing to Dorsey, however, was Feinberg’s questioning the appropriateness of his tweets during a meditation trip to Myanmar, which mentioned that his technique was to answer the question “How do I stop suffering?” In light of human rights violations in Myanmar, she asked if he saw “how your role is actually larger than just yourself?” Dorsey replied: “I do, but I’m not gonna change the practice because of it and what people say. Like, this is the practice that Buddha laid out, and I’m not going to change it just because I have this particular role. I’m sharing what I practiced and what I experienced.”

As Dorsey’s interview shows, Silicon Valley leaders still haven’t come up with a good response to the public’s suspicion about their businesses and concern for civic well-being. This cynicism, more than any specific legislation making its way through Congress, is the clearest sign that tech companies will no longer be allowed to grow and spread unhampered as they have been in the past.

Even since last spring, the ground has shifted. Back in April, Mark Zuckerberg was asked to respond to the mother of all conspiracy theories when he appeared before a Senate committee: Does Facebook use microphones in our computers and smartphones to listen to our conversations and then serve up uncannily relevant advertisements?

Senator Gary Peters, a Democrat from Michigan, said he heard this suspicion frequently, including from his own staff, and wanted to give Zuckerberg a chance to put it to rest. And Zuckerberg did, emphatically answering “No.” But he felt obliged to refine the question: “To be clear, we do allow people to take videos on their devices and share those, and videos have audio, so we do, while you’re taking a video, record that and use that to make the service better by making sure your videos have audio, but I think that is pretty clear. But I just wanted to make sure I was exhaustive there.”

Zuckerberg didn’t want to be seen as denying all the fun that could be had with a microphone and Facebook just because of some paranoid theories. Senator Peters, for one, was assuaged, saying, “Hopefully that will dispel a lot of what I’ve been hearing.”

Less than a year later, Silicon Valley doesn’t get the same benefit of the doubt. Zuckerberg now acknowledges that he hasn’t explained his ideas sufficiently. In announcing his personal challenge for 2019, he said that in the past, “I used to just build out my ideas and hope they’d mostly speak for themselves. But given the importance of what we do, that doesn’t cut it anymore. So I’m going to put myself out there more than I’ve been comfortable with and engage more in some of these debates about the future, the trade-offs we face, and where we want to go.”

One wants to commend the instinct to engage with the public, but his framing still comes across as defensive. That is, Zuckerberg used to assume that the goodness of his ideas would be self-evident, but now he realizes he should have patiently explained their goodness. His bad.

It’s still a form of telling the public to trust their technological overlords, even when all the evidence suggests that suspicion is entirely warranted. I think of that scene in The Wizard of Oz where the Wizard tells Dorothy, the Scarecrow, Tin Man, and Cowardly Lion to “pay no attention to that man behind the curtain” who is revealed to be making all the smoke and fire appear. Oddly, Dorsey, in another recent interview, described his reluctance to be the face of Twitter by referring to the same scene: “I love being behind the scenes. The character I loved most in The Wizard of Oz was the wizard. ’Cause he was behind the curtain.”

Funny, I’ve always thought that the wizard only became admirable after he stepped out from behind the curtain. In the scene that follows, he admits that he isn’t all-powerful and all-knowing, and that he has nothing to give his visitors that they didn’t already have. The Scarecrow always had a brain, the Lion had courage, the Tin Man had a heart, Dorothy knew the way home. And the Facebook user had friends.