A Case Against the Peeping Tom Theory of Privacy 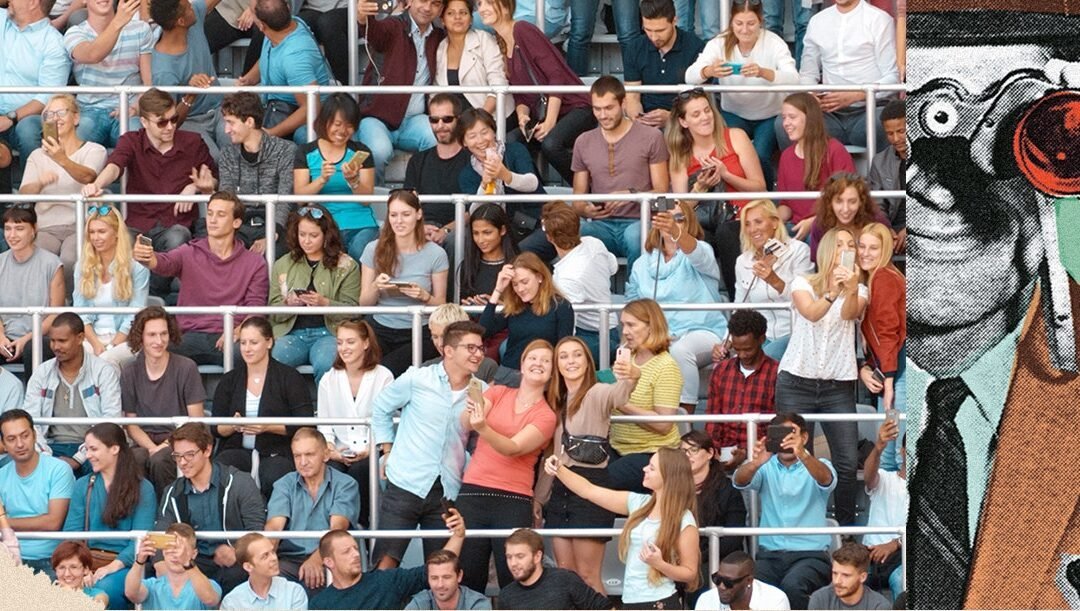 As compelling as that Apple ad is, the Peeping Tom narrative doesn’t capture the collective dimension of data privacy. The truth, as the tech analyst Ben Thompson points out, is that the companies that track our every move, or try to, generally don’t care about us as individuals. The data they gather is aggregated, fed to machine learning algorithms, and used to target advertisements to us based on our behavior. There is no human being snooping through your laundry, just a machine trying to sell you more stuff. “The entire reason their businesses are possible is precisely because they don’t know who I am, and have no need to,” Thompson writes. “And yet they can sell me exactly what I want just the same.”

The fact that the companies harvesting your data don’t care about you does not mean you get to stop caring about them, I’m afraid. It’s just that the reasons to care are not limited to the degree to which you are personally being snooped on. Consider the journalism industry. For most of modern history, the best way for advertisers to reach their target audience was to buy advertising where that audience was most likely to be watching, reading, or listening to something. If you wanted to sell baseball cards, you might place ads in Sports Illustrated. Today, advertisers can reach the same sports enthusiasts wherever they are online; instead of paying SI.com to run the ad directly, they can pay Google to target the ad to people who like sports wherever they can be reached most cheaply.

There is quite a bit of research calling into question how effective this behavioral microtargeting really is. But it is how marketers choose to spend much of their digital advertising budgets. The result is that money that used to flow to journalistic publications is diverted not only to social media platforms like Facebook and YouTube but also toward lower-quality sites and apps, including purveyors of bigotry and disinformation. Conspiratorial garbage-peddlers like the Gateway Pundit would struggle to exist without an automated, user-targeting-based ad system that doesn’t require advertisers to consciously choose to spend money there. You don’t have to be totally biased in favor of the journalism industry, as I am, to be bothered by a business model that uses your personal data to imperil its financial viability. You need only accept that journalism is necessary for democratic self-government.

The behavioral-tracking-based advertising model also shapes the incentives of social networks and social media. The reason Facebook and YouTube are so focused on keeping users “engaged” is that the more time you spend on their platforms, the more they are able to profile you and the more ads they can serve you. That powerful bias toward maximizing engagement, in turn, helps explain why platforms are caught over and over again steering users toward provocative and even radicalizing content. The Wall Street Journal reported last year, for example, that Facebook employees warned their bosses, “Our algorithms exploit the human brain’s attraction to divisiveness”—but their proposals to decrease polarization, at some cost to engagement, were blocked or watered down.

An individual opting out of being tracked and targeted doesn’t solve any of these issues. Twitter and Instagram will still try to keep you scrolling even if you turn off personalized ads; the news business will keep struggling; scam ads will keep propping up bottom-feeding websites. Because the most serious consequences of the data-driven economy are collective, your individual choices over your own data have at best a marginal impact.

The Peeping Tom theory also fails to take into account situations where the problem could be described as too much privacy. Last year, congressman David Cicilline (D–Rhode Island) introduced a bill that would have banned the targeting of political ads based on anything besides age, gender, or zip code. The point was to make sure that if false or misleading political ads were being run on social media, at least they would have to be served to a wide audience so that people could rebut it. Microtargeting political ads is particularly troublesome because, as Cicilline told me at the time, “it relates to the ability of people to get trustworthy, reliable information to make decisions in an election, which is the cornerstone of our democracy.” But the principle can be generalized. The logic of behaviorally targeted advertising pushes inexorably toward ever more personalization and segmentation. Viewed one way, that means satisfying an ever-growing diversity of consumer choice. Viewed another, it means replacing collective experiences, shared among citizens, with private transactions between corporation and individual. In this sense, what is at stake when we talk about online privacy is the continued existence of public life.